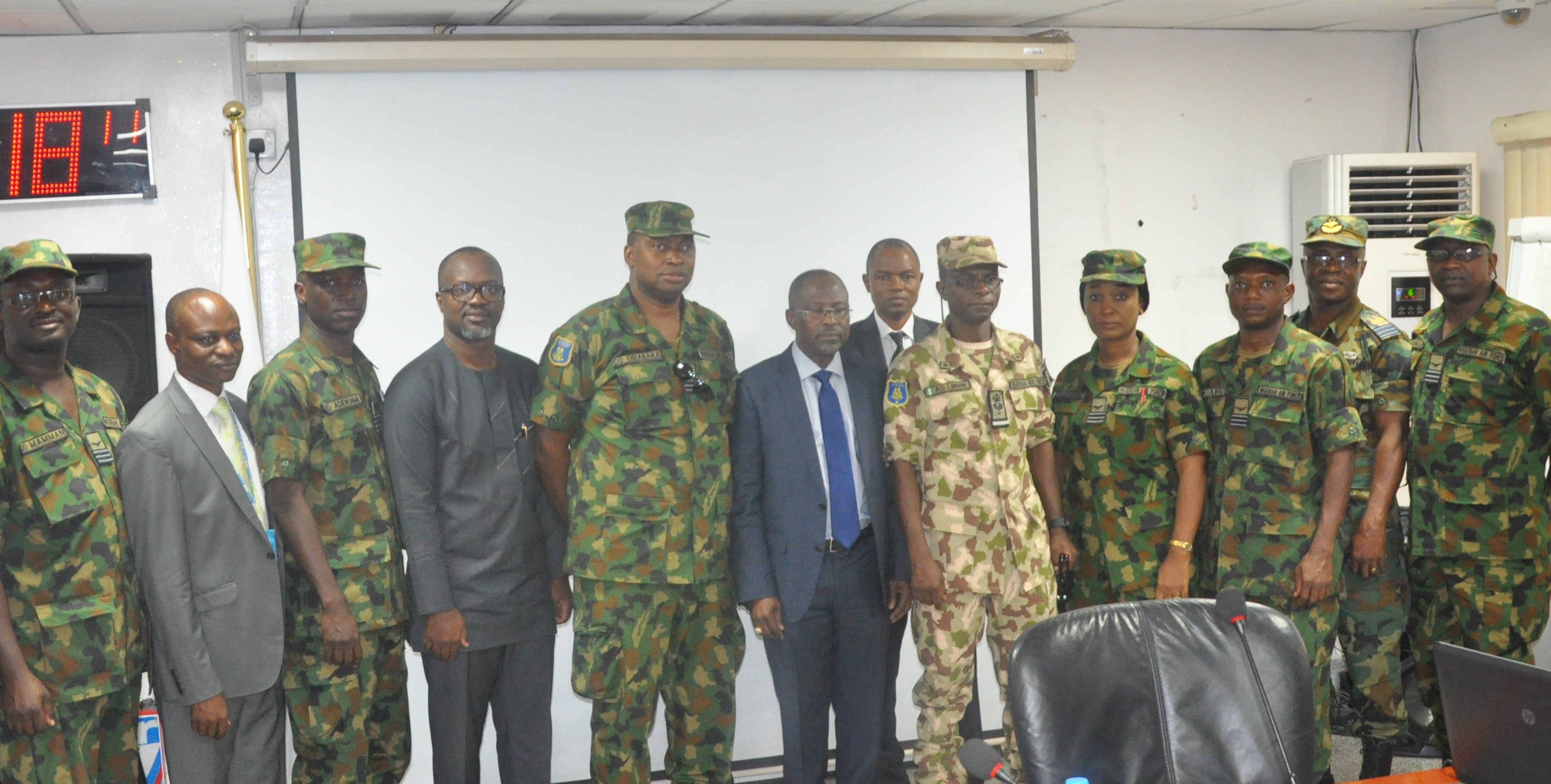 The Nigerian Airspace Management Agency (NAMA), has pledged to continue to support the Nigerian Air Force in the training of its critical manpower especially in the area of air traffic control.

Managing Director of the agency, Capt. Fola Akinkuotu who made these remarks while receiving students and instructors of the Department of Air Warfare of the Armed Forces Command and Staff College, Jaji at NAMA headquarters in Lagos, noted that the safety and security of the nation’s airspace depends largely on the capacity of critical personnel of both the Nigerian Air Force and NAMA, hence the collaborative effort in training and retraining of staff by both agencies over time.

Akinkuotu also stressed that “this civil/military synergy and cooperation over the years has ensured that we have a robust capacity to manage our airspace which has remained safe and secure for efficient and seamless air navigation by both civil and military authorities.”

The NAMA boss also commended the Nigerian Air Force for providing security around the agency’s navigational aids in airports nationwide saying this has ensured that the nation’s critical assets are not vandalized or destroyed.

Earlier in an address, the leader of the team, AirCommodore, Abubakar Liman, said their visit was to expose students of the college to the practical application of the basic management principles they acquired in the classroom in order to make analytical comparison between a typical military unit and a civil organization performing complementing roles with the aim of making the military better organized and the nation more secured.

Liman also hoped that with the quality of operational exposure participants would get from NAMA, the students who are basically middle class officers (Captains and Majors) will be better equipped to handle higher responsibilities after graduation from the college.