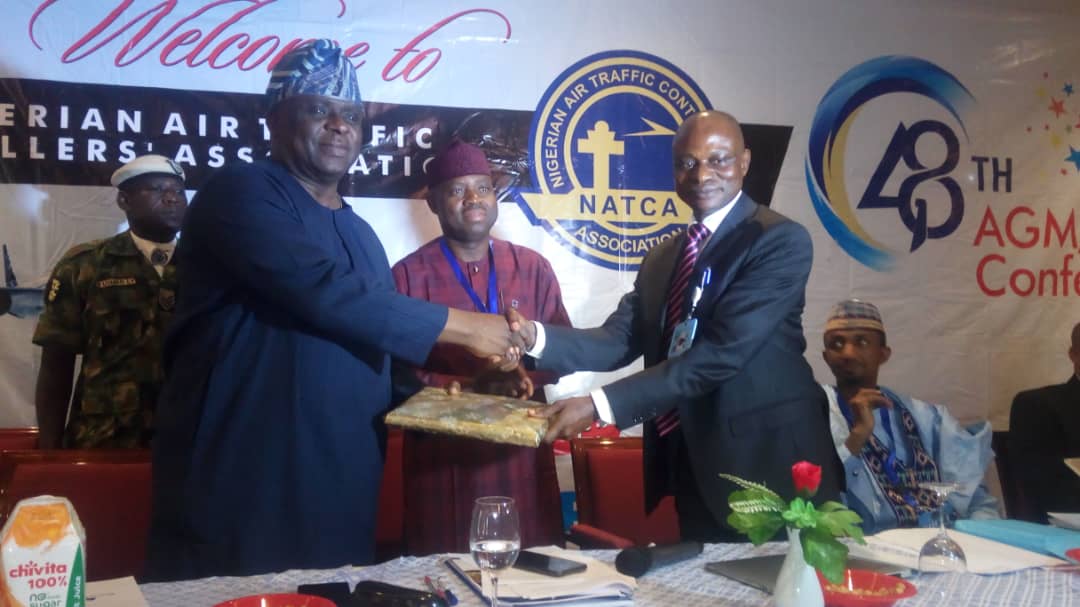 Following the successful installation of the VSAT (very small aperture terminal) station at the Jos airport and the integration of the VHF (very high frequency) into the network in the North East corridor, the Nigerian airspace Management Agency (NAMA) will this week commence the installation of another VSAT station and VHF radio systems at the Akanu Ibiam International Airport, Enugu.

Managing Director of NAMA, Capt. Fola Akinkuotu who revealed this at the 48th Annual General Meeting of the Nigerian Air Traffic Controllers’ Association (NATCA) which held in Kano said the installation of these equipment would enhance upper airways communication along the South East corridor using 127.3MHz radio frequency, adding that the agency’s determination to totally eliminate blind spots from the upper airspace informed these recent deployments.

“We have seen improvement along the North East corridor that we tackled lately in Jos and we are determined to see that communication is 5/5 in the entire airspace. If you can communicate just once instead of five times, the person at the receiving end understands you and is happy just as you are happy. If we can get better radios with good clarity, it will lessen the burden and make the job easier for both the air traffic controller and the pilot,” Akinkuotu said.

He implored controllers to imbibe good work ethics and strive for professionalism even as he urged them to support initiatives of the agency such as the implementation of sectorization which he said was a continuous process. Akinkuotu also promised to address concerns raised by controllers bordering on work tools, staff training and welfare among others.

In a live telephone conversation at the forum, Minister of Aviation, Sen. Hadi Sirika who called in from Abuja promised that the Buhari administration would continue to partner with air traffic controllers and other relevant stakeholders to ensure safe skies for the country.

Also in his remarks, the Director of Operations, Mathew Lawrence Pwajok itemized some of the achievements of the agency under his directorate to include sectorization of Lagos Area Control operations into East and West sectors, reactivation of search and rescue operations, training of different categories of critical staff as well as licensing and rating of qualified air traffic controllers.

Earlier in his address, president of NATCA, Abayomi Agoro drew attention to some of the problems affecting air traffic controllers such as shortage of critical manpower, unavailability of special fund for ATC training, ageing communication facilities, delay in the approval of air traffic controllers’ new scheme of service etc. He enumerated the achievements of his executive to include the recent ATC-Pilot interactive forum held in Lagos as well as the induction of newly rated controllers targeted at inculcating high ethical standards and professional competence in members.

The forum attracted dignitaries such as the representative of the governor of Kano State, Abdullahi Umar Ganduje and former Chief of Air Staff, Nigerian Air Force, Air Marshal Adeola Amosu (Rtd) who presented a paper on “The Implications of a Demotivated/Demoralized Manpower in the Safe and Effective Air Navigation Service Delivery in Nigeria.”