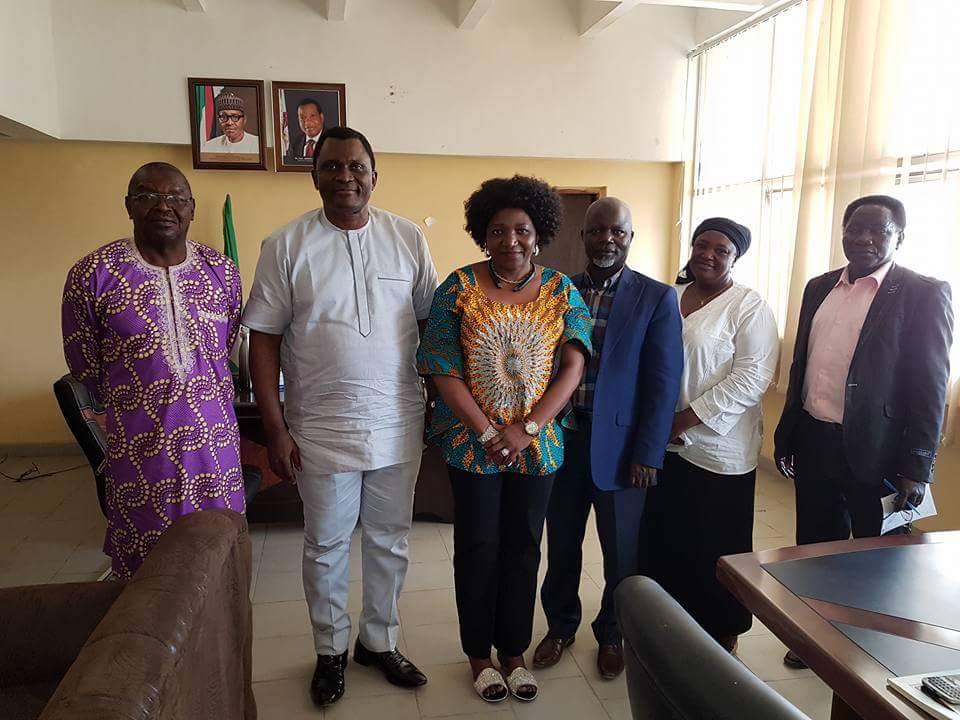 The leading Tourism Association in Nigeria, the Nigerian Association of Tour Operators (NATOP) is holding its first AGM in the Northern Part of Nigeria for the first time in Jos.

NATOP is the national body for all tour operators and those engaged in allied services.

The President of the Association Mr. Nkereuwem Onung said that the Association chose Jos to reinforce the fact that Plateau is safe for Tourism and NATOP needs to discover and expose new locations to Tour Professionals.

“Nigeria is blessed and Plateau is so Rich in Tourism that we should start re-positioning Plateau as a way of growing Tourism in Nigeria”.

Onung said this at the reception hosted for him and some executives on their pre event Visit to Jos.

The Commissioner for Tourism, Plateau State, Mrs. Tamukat Weli, in her Speech told the NATOP President that Plateau State is ready to host the biggest Tourism experts in Nigeria and will showcase the best of the Culture and Hospitality if Plateau.

Also speaking, Special Adviser to Governor on Tourism, Mr. John Likita Best praised NATOP as a forward looking association that has come in at the right time to support the efforts of the Government and People of the state.

The 2018 AGM is an elective AGM and comes after a very successful year where it successfully hosted a world Tourism Day boat cruise on the Lagos Lagoon and a tour of Epe in Lagos.

As part of the 2018 AGM  there will be a one day tour of plateau on the 26th before the AGM on the 27th of March at Hill Station Hotel.

The event will begin on the 26th of March with a One day City tour of Jos and its environs. It is a ground-breaking event, which among others will celebrate the speedy growth and success of tourism in nation building. And the Plateau state Tourism’s achievement to position itself as a major tourism destination in Nigeria including the NATOP’s contribution to these successes.

The theme for this year’s Tourism Conference is: Security Challenges and Promotion of Tourism in Nigeria.

A host of seasoned speakers, various stakeholders, captain and practitioners in the industry have been invited to the event.

It is also devoted to developmental issues in the areas of policies and advocacy  promotion and marketing as well as development of tourist destinations and attractions while it also seeks for creating enabling environment and operating conditions for the business of its members to thrive and engage in activities/events that are geared at adding value to the Nigerian society.