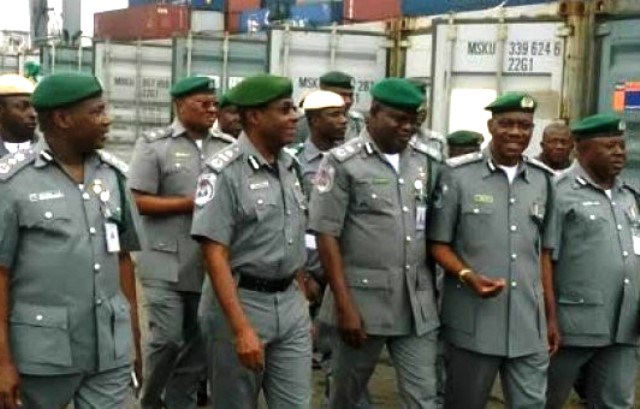 The Nigerian Customs Service (NCS) has foiled attempt by smugglers of frozen products to use the Murtala Muhammed Airport (MMA), Lagos as an alternative route by seizing and burning frozen products, worth N68.8million.

This is just as the NCS at MMA Area Command stated that it has generated N47.7 billion between January — October 2019 ,as against N44 billion in the same period last year at the Murtala Muhammed Airport, Lagos Command.

Briefing journalists, shortly before destroying the products at FOU, Adeniyi stated that on November 10, 2019, in a bid to ensure effective coverage of the Tarmac, NCS conducted a joint surveillance on the Tarmac Area , which resulted into the seizure of 40 cartons of assorted frozen products which includes : beef, pork and fish filets.

According to him, “On the 10th of November, following the discharge of cargo from South Africa Airways flight SA060 FROM Johannesburg our Tarmac operatives intercepted a consignment which were indicated as perishable and are therefore qualified for pre-release at the cargo wing. The Officers requested to sight the items before transferring them. Though the Airway bill described the goods as fresh vegetables, the contents were later discovered to be assorted frozen products, in all, there 40 cartons including beef, pork and fish fillets .It became obvious that the importer through its agents has prepared pre-release documentations purporting the imports to be fresh vegetables with the sole intention to evade the import prohibition order.”

Speaking further, Adeniyi added that about 0005 hours the following morning another consignment of 104 cartons comprising pork meat, beef and turkey was seen abandoned inside four dollies close to Gate 13, adding that the total duty paid value of the two seizures is N68, 850,000.00.

The Tarmac seizure, the Comptroller MMIAC stated was coming on the heels of other seizures recently made at the Cargo Wing and that this clearly points to a possible shift of strategy by smugglers.

“ With the borders ,intelligence has suggested that our airports are now being considered as option .Our message therefore is that we stand steadily and firmly ,with a united front to prevent the MMIA to be used as conduit for security or economic sabotage”, he said.

In the same vein, the Comptroller said that different types of drones , ,23 bags of stun guns, walkie -talkies, police jackets, mini cameras were also intercepted , as the importers are not qualified to import these items, which has to do with security .

According to him, “There were impounded because they don’t have end users certificate. They are very sensitive security issues.”

Also speaking, the Comptroller MMA Area Command, stated that NCS raked in a total of N47.7 billion between January to October, 2019, as revenue as against N44 billion made as revenue in the same period in 2018, adding that this represents 110per cent of the target given NCS headquarters in Abuja.

She added that the Command does not set target but follow the target set for the command by the head office.

On the compliance level, Onyema said that it has increase, as the NCS has tightened the noose on smugglers, who are in the habit of bringing in prohibited products and that Customs has also made it difficult for people to evade paying duties.

NCS personnel from both the two Commands, FOU and journalists witnessed the destruction of the frozen products. 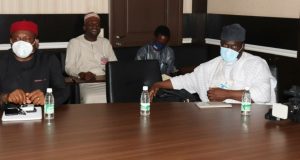 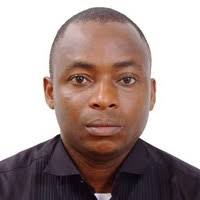