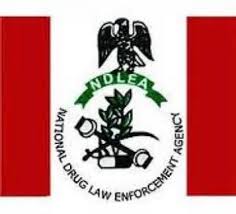 The National Drug Law Enforcement Agency (NDLEA) has called on members of the public to be mindful of the activities of fraudsters who pose as recruitment agents of the Agency.

The Agency said it will arrest and prosecute those involved in the criminal act.

NDLEA as a reputable government Agency conducts its affairs transparently in line with established procedures and with respect for the rule of law.

Besides, applicants do not pay money for employment in the Agency.

Members of the public should not be deceived as there is nothing like secret recruitment.

According to Mitchell Ofoyeju, NDLEA spokesperson, it is worrisome that despite the presence of NDLEA offices in the thirty-six (36) States of the Federation and the Federal Capital Territory (FCT) Abuja; some people still prefer to deal with fraudsters when they can easily go to the office closest to them for confirmation.

The Agency also encouraged victims to speak out for such cases to be properly investigated and legal action taken against culprits.