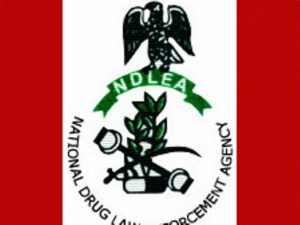 The National Drug Law Enforcement Agency (NDLEA), said on Monday that it has arraigned four Mexicans and five Nigerians for allegedly operating a super laboratory for the illicit production of methamphetamine.

According to Mitchell Ofoyeju, NDLEA spokesman, the accused persons on Monday April 25, 2016 appeared before Justice A.O. Faji at the Federal High Court, Asaba on a five count charge of conspiracy to form and operate a Drug Trafficking Organisation (DTO) to process and export methamphetamine.

They were also accused of illegal extraction of ephedrine, preparation of methamphetamine and unlawful possession of 1.5kg of methamphetamine; a drug similar to cocaine, heroin, LSD contrary to NDLEA Act, Cap N30 Laws of the Federation of Nigeria 2004.

Justice Faji then remanded the accused in prison custody and adjourned the case to May 13, 2016 for NDLEA to produce another interpreter.

Meanwhile, the Chairman/Chief Executive of the NDLEA, Col. Muhammad Mustapher Abdallah (retd.) has ordered the directorate of prosecution to diligently pursue the case to a logical conclusion.

It will be recalled that the NDLEA discovered a super laboratory for the illicit production of methamphetamine located at Asaba, Delta State.

All the principal actors linked to this illicit act were apprehended in a simultaneous raid on members of the drug syndicate in Lagos, Obosi in Anambra state and at the laboratory in Asaba, Delta state.

Those arrested include four Nigerians believed to be joint owners of the laboratory and four Mexicans who are methamphetamine production experts hired as technical partners into the country. ‘

Abdallah described the operation as technical undercover assignment leading to the dismantling of a drug trafficking organization.

“In a technical undercover operation, four Mexicans were arrested in active production exercise inside the super laboratory. The cartel first brought two Mexican methamphetamine experts, Cervantos Madrid Jose Bruno and Rivas Ruiz Pastiano to Nigeria but because of the size of the laboratory coupled with the volume of work, two additional Mexicans, Castillo Barraza Cristobal and Partida Gonzalez Pedro were added. Our investigation revealed that a successful test production was done at the laboratory in February 2016”.

Ofoyeju said the laboratory was raided while the second production cycle was ongoing.

Items recovered at the laboratory include 1.5kg of finished methamphetamine and 750 litres of liquid methamphetamine. Other items found in the laboratory include industrial pressure pots, gas cylinders, gas burners, facial masks and numerous chemicals. Also recovered in this operation are Toyota Tundra, Mercedes Benz Jeep ML and a Toyota Corolla car.

The Agency warned that unless drastic measures are taken against this trend; the rise of super laboratories will put Nigeria on the global spotlight in methamphetamine production.

“This is because the laboratory operates at an industrial scale with a high yield of 3,000kg to 4,000kgs of methamphetamine per production cycle. Nigeria methamphetamine is now competing with others in Asia and South Africa markets. The super laboratory does not need ephedrine because it uses the synthesis method. Drug cartels are now shifting from simple method of methamphetamine production to a more complex process. The discovery calls for celebration because the operation demonstrates the capacity and preparedness of the agency to track down drug cartels irrespective of their covert mode of operation” he stated.

The threat posed by this laboratory is disturbing because mass production will make the drug easily available thereby increasing the rate of abuse. More citizens will equally be targeted by drug cartels that are searching for drug mules to smuggle drugs outside the country. This has the tendency to increase the number of Nigerians in foreign prisons thereby affecting the image of our country.

Methamphetamine laboratories pose a serious threat to humanity because of the toxic nature of chemicals used. Methamphetamine dump pollutes the environment. This is because for every one pound of methamphetamine produced, about three to six pounds of toxic waste is created. This can contaminate the water table within 500 meters radius from the laboratory. Even plants close to the dump were found to be dead. The laboratory contains highly poisonous solvents and gases. Some are pyrophoric in nature capable of explosion; other chemicals are carcinogenic, capable of causing cancer while some are highly combustible and corrosive.