NDLEA arrests 4 with 8.745kg of drugs at Lagos airport 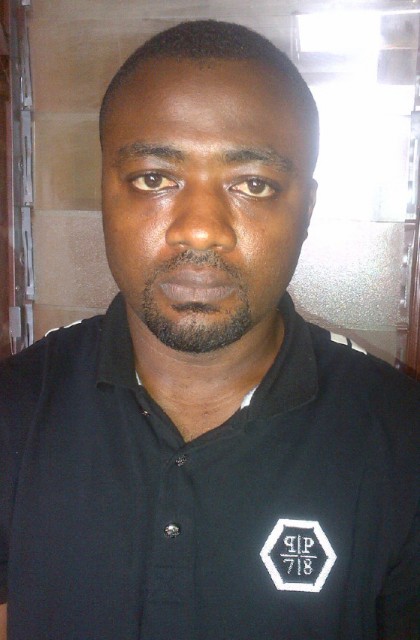 The suspects were said to have been caught while attempting to export various narcotic drugs to destinations where drug trafficking is punishable by death.

Two of the suspects were going to China, one to Indonesia and another to Qatar.

According to the NDLEA commander at the Lagos airport, Ahmadu Garba, “Aniebue Peter Nnamma, 50, who sells clothes at Aswani market Lagos inserted eleven wraps of cocaine weighing 460 grammes into his anus while Sokpe Zubbye, 37, aka Nzube Chukwudi a freight forwarder from Anambra State with a Ghanaian passport ingested 955 grammes of cocaine. Both suspects were going to China. Ugwuezumba Hyacinth Arinze, 38, who deals in musical instrument at Alaba market Lagos was also caught with 2.130kg of methamphetamine. Arinze ingested 36 wraps weighing 570 grammes and packed 1.560kg in his luggage on his way to Indonesia.

“The other suspect, Obinna James Obi, 30, an Aluminium fabricator in Umuahia whose destination is Doha, Qatar was found in possession of 5.2kg of cannabis. All four suspects are under investigation and would be charged to court soon”.

Worried by the execution of Nigerians abroad over drug trafficking offences coupled with the number of those on death roll, the Chairman/Chief Executive of the NDLEA, Col. Muhammad Mustapha Abdallah (retd.) has warned that people should desist from the criminal trade in narcotics.

According to Abdallah, “drug couriers must see beyond the transient monetary gains of narcotic trafficking and appreciate the fact that they are actually endorsing their death warrant”.

The Chairman who described the action of the suspects as unfortunate and shameful said that drug trafficking is a criminal offence that has sent many to early graves leaving family members and friends in unbearable pain.

“It is sad that the execution of those caught with drugs in these countries has not deterred them. Many have died prematurely while others are daily counting down to their execution. This development has left their family members and friends in pains” Abdallah stated.

The NDLEA boss however assured members of the public that the Agency would remain watchful in intercepting drugs and apprehending traffickers at all entry and exit points.

Sokpe Zubbye, caught with a Ghanaian passport whose real name is Nzube Chukwudi from Anambra State told investigators that he was promised the sum of one million naira to smuggle the drugs.

In his words, “I work in China as a freight forwarder and I am married with two children. Due to the recession, I am having difficulty in settling my bills and I was lured into drug trafficking while seeking for assistance. They promised me one million naira to smuggle the drugs. Since I live in China, I felt it will be easy for me to go through security checks but unfortunately I was caught”.

“It was financial hardship that made me to smuggle drugs. I was afraid of swallowing the drug so I inserted eleven wraps of cocaine weighing 460 grammes into my anus. I sell clothes at Aswani market but poor patronage and family problems have turned me into a pauper. I regret everything” he lamented. He hails from Anambra State.

Ugwuezumba Hyacinth Arinze, 38, who deals in musical instrument said that he collected the drugs along Badagry road, Lagos. “I was given the drug along Badagry expressway according to the plan. I ingested 570 grammes while 1.560kg was packed in a luggage. They promised me 3,000 dollars and I agreed to smuggle the drug to Indonesia because I have no money. I am very sad because I married only few months ago” Arinze who also hails from Anambra State stated.

Obinna James Obi told investigators that he made a mistake getting involved in drug trafficking. “My friend gave me a bag to deliver at Doha but in the process of search, NDLEA discovered cannabis inside it. I made a mistake and I find it difficult to forgive myself because my wife is pregnant” Obinna stated.