NDLEA arrests passenger with drugs worth N14bn at Lagos airport 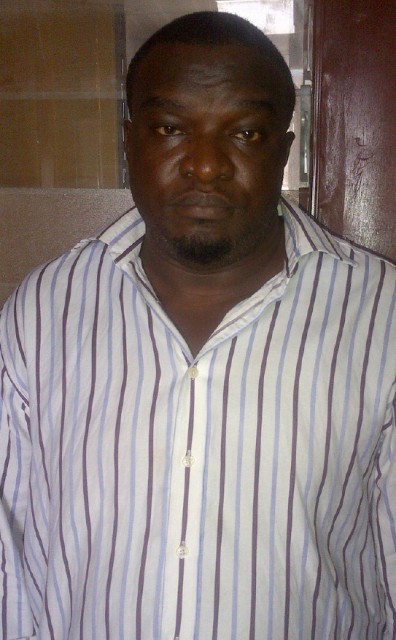 The seized drug weighing 45kgs was  concealed inside foodstuff in a luggage meant for export to South Africa. The discovery was made during the outward screening of a Kenyan Airways flight and a 48 year old cook had been arrested in connection with the illegal shipment.

Methamphetamine is a powerful and highly addictive stimulant that affects the central nervous system. Also known as meth, chalk, ice, and crystal, among many other names. It takes the form of a white, odourless, bitter-tasting crystalline powder that easily dissolves in water or alcohol. Nigeria has so far discovered eleven of such clandestine laboratories where the drug is produced since 2011. Five were found in Lagos State, another five in Anambra State and one in Delta State.

NDLEA commander at the Lagos airport, Ahmadu Garba said that a suspect, Richard Efetobore Ese was apprehended in connection with the seized methamphetamine and that the suspect would be charged to court soon. “Officers discovered 45kgs of substance that tested positive for methamphetamine. The suspect is assisting our team of investigators and will be charged to court soon” the commander stated.

The suspect, Richard Efetobore Ese, 48 year old who hails from Delta State had worked for a decade in Madrid, Spain said that he was N1million to smuggle the drugs to South Africa.

In his words, “I was given one million naira to smuggle the drugs to South Africa. I was told the bag contains African food but during search, NDLEA officers discovered methamphetamine in the luggage weighing 45kgs. I worked in Madrid for ten years as a Chef and I am married with four children. The man that gave me the job met me in a drinking club”.

It will be recalled that three Bolivians were on Tuesday sentenced to six years’ imprisonment at the Federal High Court in Lagos for dealing in illicit drugs. The convicts, Reuben Jorge, Yhugo Moreno and Yerko Dorado openly celebrated their conviction in court, a situation that provokes more questions than answers on the adequacy of penal sanctions in the country.

They were sentenced by Justice Oluremi Oguntoyinbo, who affirmed their guilty plea to the two counts pressed against them by the National Drug Law Enforcement Agency. The NDLEA had told the judge that the foreigners violated Section 22 (a) of the NDLEA Act and were liable to be jailed for life or imprisoned for not less than 25 years.

But in her judgment, Justice Oguntoyinbo said what the law prescribed was a maximum of 25 years, but that a judge could, based on his discretion, impose a lesser jail term. She therefore sentenced the convicts to six years on each count. She said the sentence would run concurrently and would start from February 3, 2013, when they were arrested.

In his reaction, Chairman/Chief Executive of the NDLEA, Col. Muhammad Mustapha Abdallah (retd) who described the seizure as a victory over drug barons said that the Agency’s efforts in addressing the problem of methamphetamine production and trafficking must be complemented by stakeholders. He also promised to arrest other members of the criminal group.

“I am very pleased with this seizure, it is a victory for Nigerians over drug barons but the Agency’s efforts in reducing the drug problem must be complemented by other stakeholders. Stiffer punishment must be meted out to those involved in methamphetamine production. On our part, the Agency must continue to identify more clandestine laboratories and prosecute offenders. I want investigation to be very thorough and at the end of the day, more arrests shall be made. I want other members of the criminal gang arrested” Abdallah promised.

The NDLEA boss noted that locally produced methamphetamine is in high demand in Asia and Europe thus making the criminal trade highly lucrative. Abdallah said that it is only logical that such a drug should attract stiffer punishment to discourage its production and trafficking.

“Methamphetamine and similar drugs deserves stiffer punishment to check the proliferation of clandestine laboratories and cases of trafficking. Continued production exposes our youths to the risk of being recruited by drug barons to smuggle it out of the country. It is therefore worrisome that most seizures made are even destined to countries where drug trafficking is punishable by death” Abdallah stated.