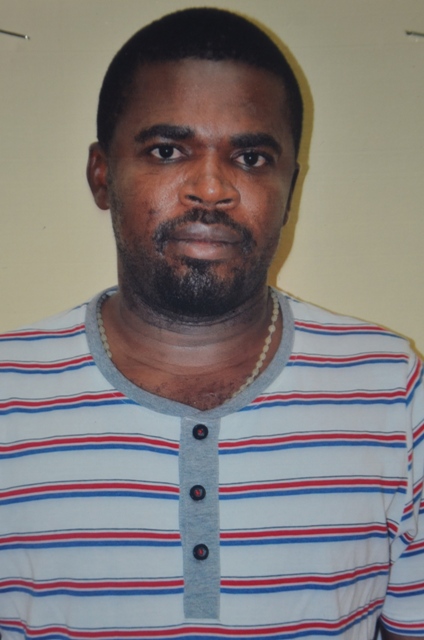 The Chairman/Chief Executive of the National Drug Law Enforcement Agency (NDLEA) Col. Muhammad Mustapha Abdallah (retd.) said that the Agency has saved two suspected drug traffickers from untimely death for swallowing 137 wraps of cocaine.
The duo and three other suspected narcotic traffickers were apprehended at the Nnamdi Azikiwe International Airport (NAIA) Abuja with 8.588kgs of cocaine. Apart from two suspects that ingested wraps of cocaine, three others were caught with cocaine hidden in socks and chocolates.
Abdallah said that both suspects would have died as a result of complications arising from ingestion of 137 wraps of substances that tested positive for cocaine.  According to the NDLEA boss, “two passengers from Sao Paulo, Brazil enroute Dubai have been saved from premature death by the prompt intervention of narcotic officers.
The suspects were in a critical health condition on arrival at the Nnamdi Azikiwe International Airport due to drug ingestion. They were immediately rushed to the hospital for intensive medical care. All 137 wraps of cocaine ingested by the suspects have been successfully evacuated from their system and they are now in a stable health condition”.
Abdallah however warned that people should eschew dangerous and criminal acts that are inimical to their wellbeing, public health and safety. “Drug ingestion is a very risky act that exposes drug traffickers to early graves. People must desist from such injurious acts, protect their precious lives as well as promote public wellbeing and safety. The Agency will continue to protect lives and enhance public security by ensuring that narcotic drugs are only made available for medical and scientific purposes” the Chairman stated.
NDLEA commander at the Abuja airport, Hamisu Lawan said that all five suspects were arrested while attempting to smuggle drugs into the country from Brazil and United Arab Emirates. “The two suspects that escaped death are Ogbobe James Chidiebere, 33, who ingested 62 wraps of cocaine weighing 1.131kg and Okonkwo Ernest Nonye, 33, who ingested 75 wraps of cocaine weighing 1.375kg. Three other suspects are Okanimeh Chinedu Niclopez, 33,  arrested with duty free bag stocked with 3.3kg of cocaine hidden in chocolates; Obeche Ignatius Emeka, 29, and Ikeaba chidi Anthony, 31, caught with 1kg and 1.782kg of cocaine hidden inside socks” Hamisu stated.Ogbobe James Chidiebere and Okonkwo Ernest Nonye who are from Enugu State were thankful to the NDLEA for saving their lives. In the words of Ogbobe, “I thank the NDLEA for taking us to the hospital on time. I know that I made a mistake but I never knew that it could lead to my death. Even though, they will take me to court, I still thank God that I am alive. This has taught me a bitter lesson”.
All the suspects will soon be charged to court.
2016-05-06
Sade Williams