NDLEA arrests man with 270 grms of cocaine at Lagos airport 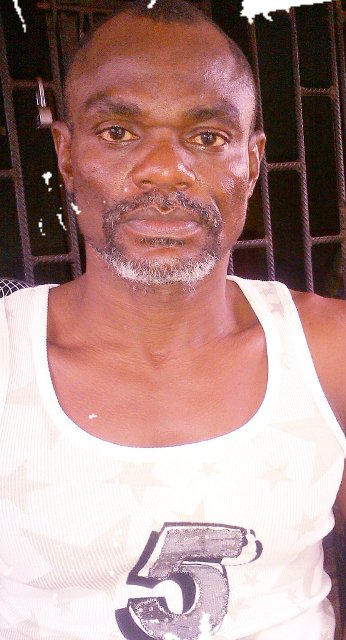 Abdallah made this known in Lagos while commenting on the arrest of a 47 year old man, Odili James Onyekwere at the Murtala Mohammed International Airport (MMIA) Lagos over unlawful exportation of illegal substance that tested positive for cocaine.

The arrest was made during the outward screening of passengers on a Kenyan Airways flight to Ivato International Airport Antananarivo, Madagascar.

According to Abdallah, “as our country marks political independence, we strategise on the way forward. I call on youths to support the anti-narcotics campaign and make giant strides towards nation building. The Agency will continue to disappoint those hoping to get rich quick from drug trafficking through the use of latest technology in drug control. We are constantly increasing our capacity to detect concealed drugs and trace criminal wealth of drug cartels. Available record clearly shows that Madagascar is not a regular drug route yet we were able to detect the drug. Appropriate measures have also been taken to diligently prosecute suspected traffickers”. 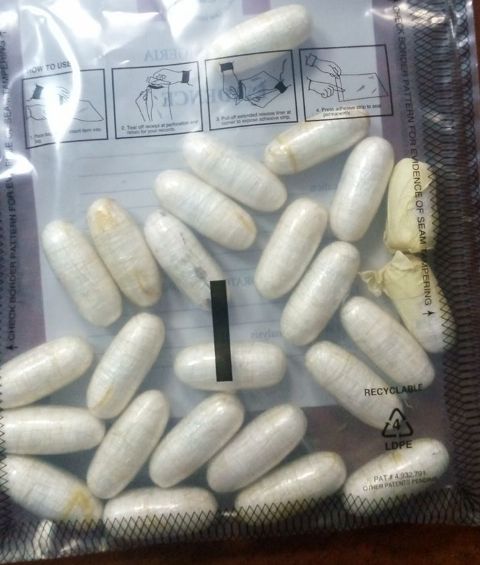 Wraps of cocaine found on him

NDLEA commander at the Lagos airport, Ahmadu Garba said that this is the first seizure of  cocaine destined for Madagascar at the airport this year.

“This is the first arrest and seizure in the year heading to Madagascar from this airport. The suspect, Odili James Onyekwere successfully excreted 25 wraps of cocaine which he ingested while under close observation. He is cooperating with our team of investigators and the case will soon be charged to court”, he said.

In his statement, the suspect blamed his involvement in drug trafficking on economic hardship.

“I am married with two children and I sell shoes in Lome, Togo. As a result of the economic downturn, my capital kept depreciating until I lost everything. This is my first time of smuggling drugs. It was the frustration of not being able to provide for my wife and two children that made me to smuggle cocaine. They promised to pay me a thousand dollars” he told officials.

The NDLEA Chairman urged members of the public to report suspected drug barons to the Agency.

In his words, “getting involved in drug trafficking is merely making a bad situation worse. Today this suspect is more concerned about his criminal charge than the welfare of his family he claimed to be protecting. Members of the public should therefore avoid complicating their situation and report suspected drug cases to the NDLEA”