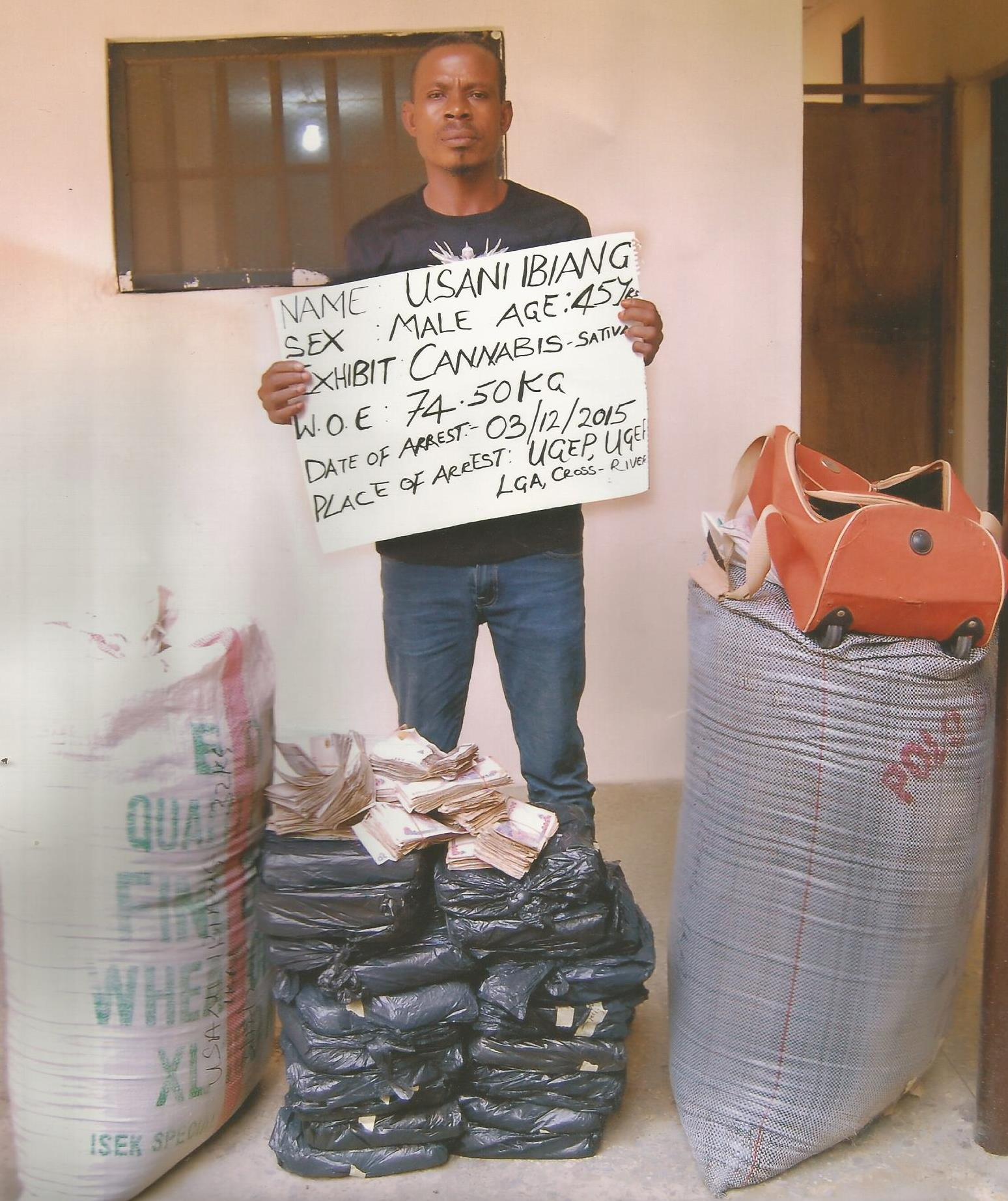 Operatives of the National Drug Law Enforcement Agency (NDLEA), on Friday, apprehended a rice farmer for allegedly dealing in cannabis.

The suspect, Usani Ibiang, 45, was nabbed at Ugep in Cross Rivers State with dried weeds that tested positive for cannabis weighing 74.5kgs.

Mitchell Ofoyeju, NDLEA spokesman said the Agency is working hard to eradicate illicit drugs from our society and the arrest of Ibiang is a timely warning for other drug dealers that their days are numbered.

NDLEA Cross Rivers State commander, Anthonia Edeh while confirming the arrest, stated that some money was also recovered from the suspect during the raid.

“Based on information on the criminal sales of drug by one Usani Ibiang, we raided his premises where he was apprehended with dried weeds that tested positive for cannabis with a total weight of 74.5kgs. In addition, the sum of eight hundred and eighty thousand naira believed to be proceeds of drug trafficking was also recovered from him. The money had been tendered as exhibits and we have applied for an interim forfeiture at the Federal High Court” she stated.

The suspect in his statement which was taken under caution said that he was wrongly advised by friends. He also explained how he became a drug smuggler from his rice milling job. In his words, “I work in a rice mill. My problem started when the rice mill shutdown and I was unemployed. Life was so difficult that I could not provide for my wife and three children. It was in the process of searching for other means of livelihood that I was wrongly advised by friends to smuggle drugs. This is my first time of being arrested and I regret my action”. Usani hails from Ugep Yakurr in Cross River State.

Acting Chairman/Chief Executive of the NDLEA, Mrs Roli Bode-George said that unemployment is not an excuse for drug trafficking.

“The suspect will be charged for unlawful possession and dealing in cannabis. Unemploymernt is not an excuse for drug trafficking. If convicted, he could be sentenced to life imprisonment in line with the NDLEA Act. The recovered money will also be forfeited. This way drug trafficking will become unattractive,” she added.