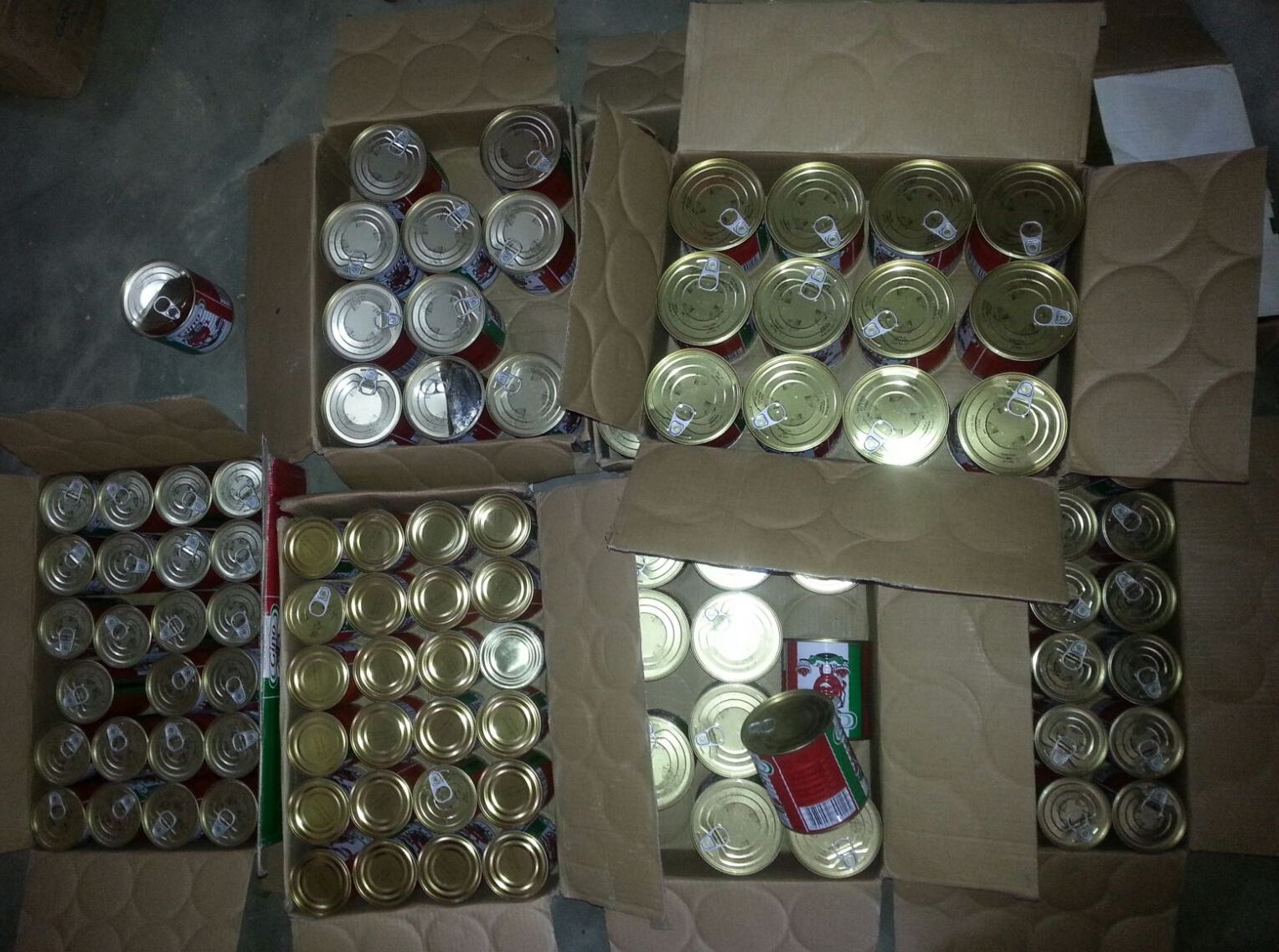 The National Drug Law Enforcement Agency (NDLEA), has arrested two suspects with drugs hidden in packs of tin tomato and in anus at the Murtala Muhammed International Airport (MMIA) Lagos, on their ways from Brazil and to South Africa.

According to Mitchell Ofoyeju, NDLEA spokesman, the drug packed in six wraps weighing 120 grammes was inserted into the anus of one of the passengers.

He said the second suspect wanted to export a consignment containing 1.860kg of methamphetamine sealed in tin tomato paste to South Africa when he was arrested.

NDLEA commander at the Lagos airport, Ahmadu Garba who gave the names of the suspects as Ikeh Maxwell Obumneme, 40, and Nwakpo Tochukwu Akumma, 27, said that the suspects targeted the festive period to smuggle drugs.

In his words, “intelligence report received by the Agency indicated that the suspects specifically targeted the festive season to smuggle their drugs. Ikeh Maxwell who inserted cocaine in his anus from Sao Paulo through Dubai on Emirates flight was caught on arrival while Nwakpo Tochukwu that hid methamphetamine in tomato paste meant for export to South Africa on South Africa airways flight was equally arrested”.

Ikeh Maxwell who hails from Ojiriver in Enugu State said that this is his first time of dealing in drugs.

“I am married with a child and live in Lagos. I sell children diapers and clothes but travelled to Brazil two months ago expecting to buy my goods at a cheaper price. In the process, I decided to smuggle 120 grammes of cocaine for monetary gains. I inserted six wraps of the drugs into my anus yet it was detected and that was how I was arrested. This is my first time” he stated.

Nwakpo Tochukwu, an automobile parts dealer at Ladipo market, Lagos said that he was only assisting a friend to send a consignment of foodstuff to South Africa.

“I am 27 years old and I am single. I sell motor parts at Ladipo market. My friend in South Africa asked me to send a luggage to him. He called somebody in Lagos who brought the bag to me and I took it to the airport for shipment. During search, the drug was detected and I was arrested” Nwakpo stated.

Both suspects, he said, will soon be charged to court.

Ekene was found guilty of smuggling 915.6g of methamphetamine, commonly known as ecstasy or MDMA, into Malaysia three years ago.

Mrs Bode George however promised that diplomatic efforts shall be explored to save the convict and assured Nigerians that the Agency will maintain total alertness in drug detection operation all through the year.

“The Nigerian government will work to protect every citizen from untimely death resulting from drug trafficking and drug abuse. We shall remain vigilant at all times and prevent drug trafficking syndicates from smuggling narcotic drugs in and out of the country. While respecting the laws of other countries, the Federal Government will explore diplomatic means to prevent capital punishment on citizens.

“Special arrangement has been made for officers to sustain intense surveillance all through the festive period and in the New Year. This covers the land borders, seaports, airports as well as all villages, towns and cities. The Agency is working very hard to uncover other members of the cartel”, she stated.