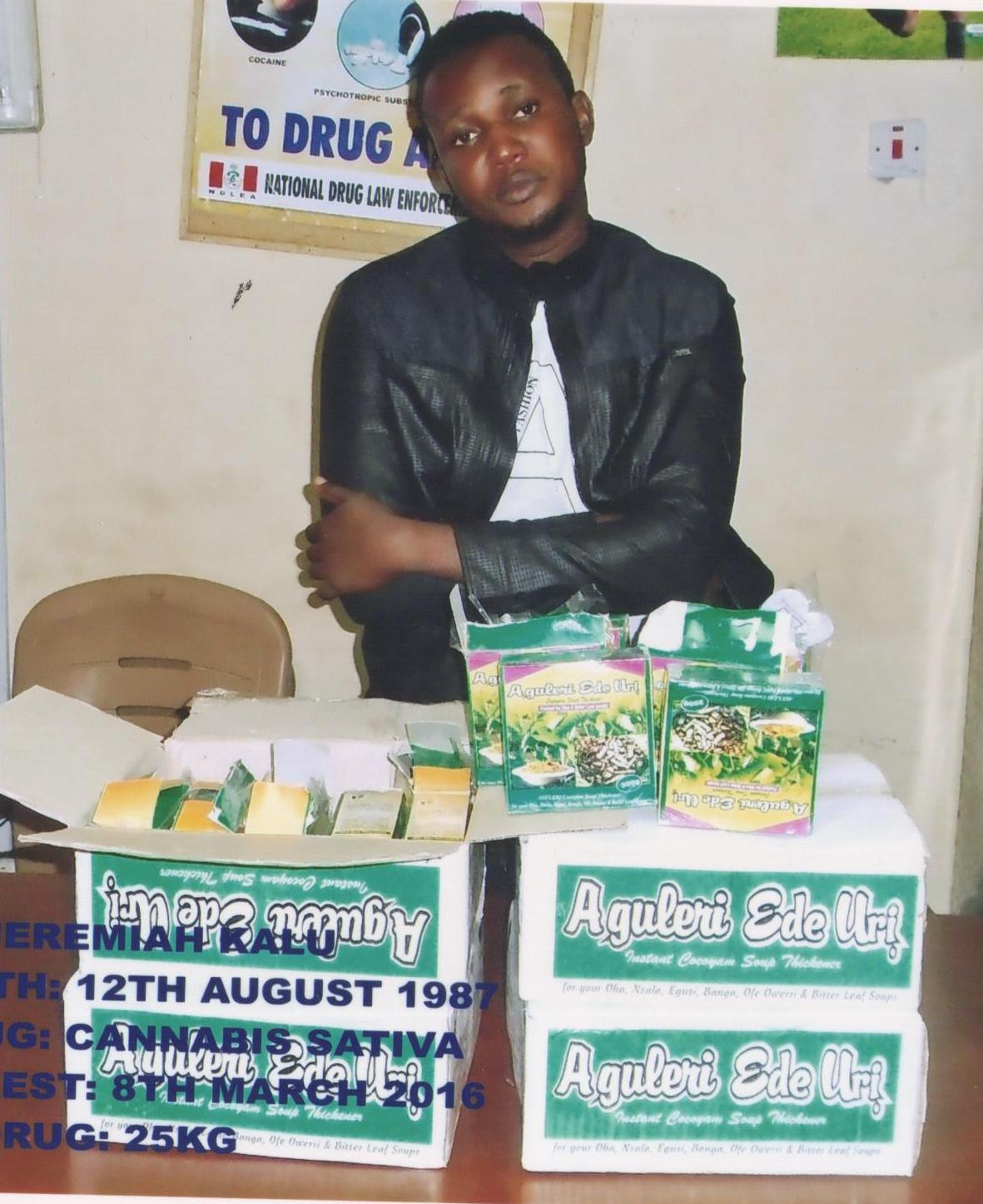 The National Drug Law Enforcement Agency (NDLEA) at the Akanu Ibiam International Airport (AIIA) Enugu has discovered compressed cannabis in vegetables and cocaine inside shoe sole.
According to Mitchel Ofoyeju, NDLEA spokesman, two of the suspects were found in possession of substances that tested positive for cocaine while four others were caught with dried weeds of cannabis sativa.
Three of the suspects going to China where drug trafficking is punishable by death were also saved from execution. A total of 62.663kg of drugs comprising 60.55kg of cannabis and 2.113kg of cocaine were seized.NDLEA commander at the Enugu airport, Mr. Adeofe Adeyemi said that the airport command is working very hard to prevent all cases of illicit drug trafficking.
“The command has arrested six suspected drug traffickers with 62.663kg of narcotic drugs. One of the suspects, Ibeh Kevin Nonso, 46 years old going to China swallowed 67 wraps of cocaine weighing 1.131kg while Izukanne Ikenna, 33 years old going to Hong Kong hid 982 grammes of cocaine inside the sole of his shoes. The only female, 27 year old Kenechukwu Ujunwa Uchenna was arrested on her way to Dubai with 11.7kg of cannabis in dried bitter leaf vegetables” Adeofe stated.
Other suspects are Agwu Jeremiah Kalu, 30 years old was found with 25kg of cannabis in cartons and Okpara Kenneth Chigozie, 43 years old caught with 7.500kg of cannabis in his bag were both arrested on their way to China. Onyia Chukwuebube Clinton, 26 year old had 16.350kg of cannabis in his luggage during screening of passengers to Doha. The suspects in their statements owned up to the crime adding that they needed money to take care of basic needs like house rent, school fees and feeding.
NDLEA Chairman/Chief Executive, Col. Muhammad Mustapha Abdallah (retd.) has warned that those who seek to enrich themselves through drug trafficking shall be apprehended and prosecuted.
He called on members of the public to appreciate their dignity by taking qualitative drug-free decisions.
“NDLEA will continue to invest in public enlightenment to guide people in taking sound drug-free decisions. Life is precious and I urge you to shun drug trafficking and criminal acts capable of subjecting you to prison custody and untimely death” Abdallah stated.
By: Sade Williams
2016-06-09
Sade Williams