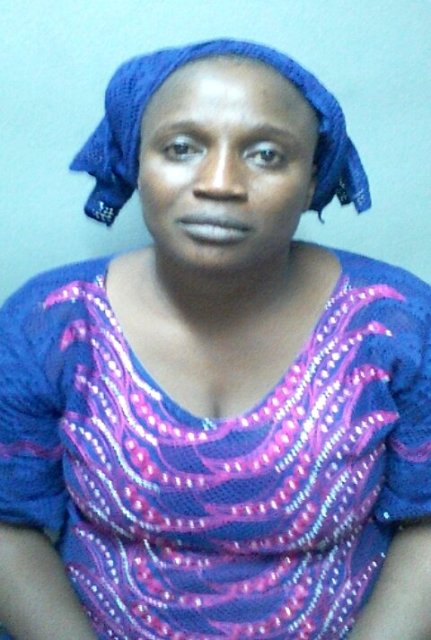 Abdallah gave the caution after a 55 year-old female pilgrim arrested at the Nnamdi Azikiwe International Airport (NAIA) Abuja, excreted the last wraps of cocaine she ingested.

She tested positive for drug ingestion on her way to Medina, Saudi Arabia on pilgrimage.

Describing her action as shameful and discreditable, the NDLEA boss said that drug traffickers shall be severely sanctioned in line with anti-narcotic laws of the land.

In his words, “it is a shameful and discreditable act for a 55 year old mother who is going on a holy pilgrimage to ingest narcotics. This is very shocking and a clear indication of her inability to effectively discharge parental responsibility. The Agency shall invoke the powers of the law against her and others caught indulging in production/trafficking in narcotic drugs”.

NDLEA commander at the Abuja airport, Hamisu Lawan confirmed the total number of wraps of cocaine ingested by the suspect while under observation.

“Mrs Binuyo Basari Iyabo while under observation expelled eighty-two wraps of cocaine weighing nine hundred and thirty-one (931) grammes. All arrangements have been concluded for her prosecution”. Hamisu stated.

The suspect was arrested during the outward screening of passengers on an Emirate flight to Dubai en-route Medina. It is even worrisome that drug trafficking is punishable by death in Saudi Arabia, her final destination.

She is married with three children and sells cosmetics at dosumu market, Lagos.

In her statement, she owned up to the crime and also provided investigators with useful information.

“I am a trader in Lagos, married with three children. I wanted to expand my cosmetic business but I have no money. My sponsor offered to foot my expenses to Saudi on pilgrimage. This was how I got involved in the act. I was excited until the issue of drugs was introduced. I wanted to decline but it was late. Besides, I was offered a million naira which I accepted. I swallowed the drugs in Lagos and took a flight to Abuja on my way to Medina but I was caught in the process” she told investigators.

NDLEA Chairman called on members of the public not to get involved in drug trafficking and other criminal activities capable of exposing them to ridicule and undermining their good reputation.