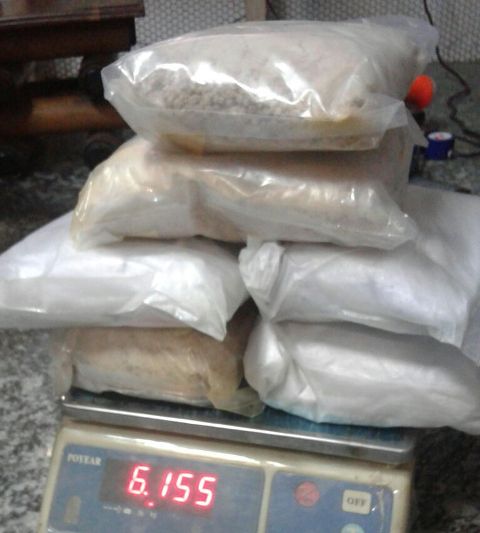 The consignment which originated from Pakistan was left unclaimed on the conveyor belt at the arrival hall during the inward screening of passengers on Etihad Airways flight.

Two suspected drug traffickers were also apprehended at the airport while attempting to smuggle 2.035kg of cocaine concealed in cassava flour to Nairobi, Kenya and 2.485kg of cannabis to Qatar.

NDLEA commander at the airport, Ahmadu Garba said that the abandoned heroin was hidden inside a bag of clothes.

“Officers detected 6.158kg of heroin hidden amidst clothes in the abandoned luggage. Oluwasheto Abiodun, 39 year old electrician was found in possession of 2.035kg of cocaine while Ibe Divine, 33 year old welder was caught with 2.485kg of cannabis. Both cases are currently under investigation” he stated.

Oluwasheto told officials that he was asked to send the drug to Nairobi by his childhood friend. “I am an electrician based in Lagos. My childhood friend asked me to buy perfumes, sun glasses and shirts for him. After I bought the items, he then called that somebody will give me cassava flour to add and send to Nairobi in Kenya. However, during search operation at the airport, two parcels of cocaine weighing 2.035 was hidden inside the flour. This was what led to my arrest. I was only given the sum of N300,000 to buy the items, but my action has led me into detention” 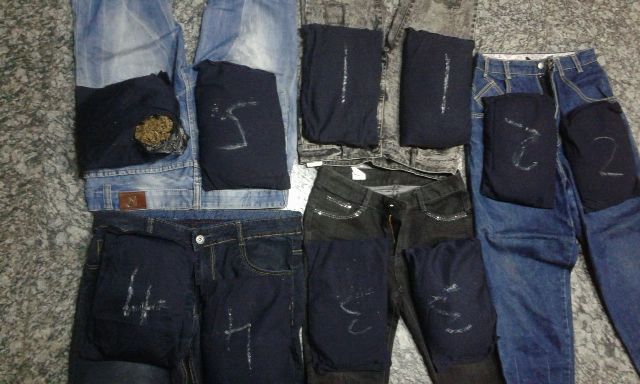 The second suspect, Ibe Divine who is a welder said in his statement that he wanted to sell the cannabis in Qatar for a high profit.

“I am a welder but I have been working in Qartar as a labourer. I bought the cannabis for N15,000 in Nigeria with the intention of making very high profit from it in Doha. In all l had ten parcels of cannabis hidden inside jeans trousers in my luggage. During search of my luggage, I was arrested after the drug was detected” he stated.

Ibe is married with two children and hails from Imo State.

Chairman/Chief Executive of the NDLEA, Col. Muhammad Mustapha Abdallah (retd.) in his response, assured members of the public that the Agency will continue to improve its screening capability in drug detection, arrest and prosecution of drug barons.

“The NDLEA will continue to wax stronger in counter narcotic operations. We have equally organised a manhunt for the importers of the abandoned heroin and they shall soon be exposed” .

The NDLEA boss also called for the support of members of the public with useful information on the activities of drug barons in their communities.