NDLEA intercepts 83.390kg of Ephedrine worth N4bn at Lagos airport 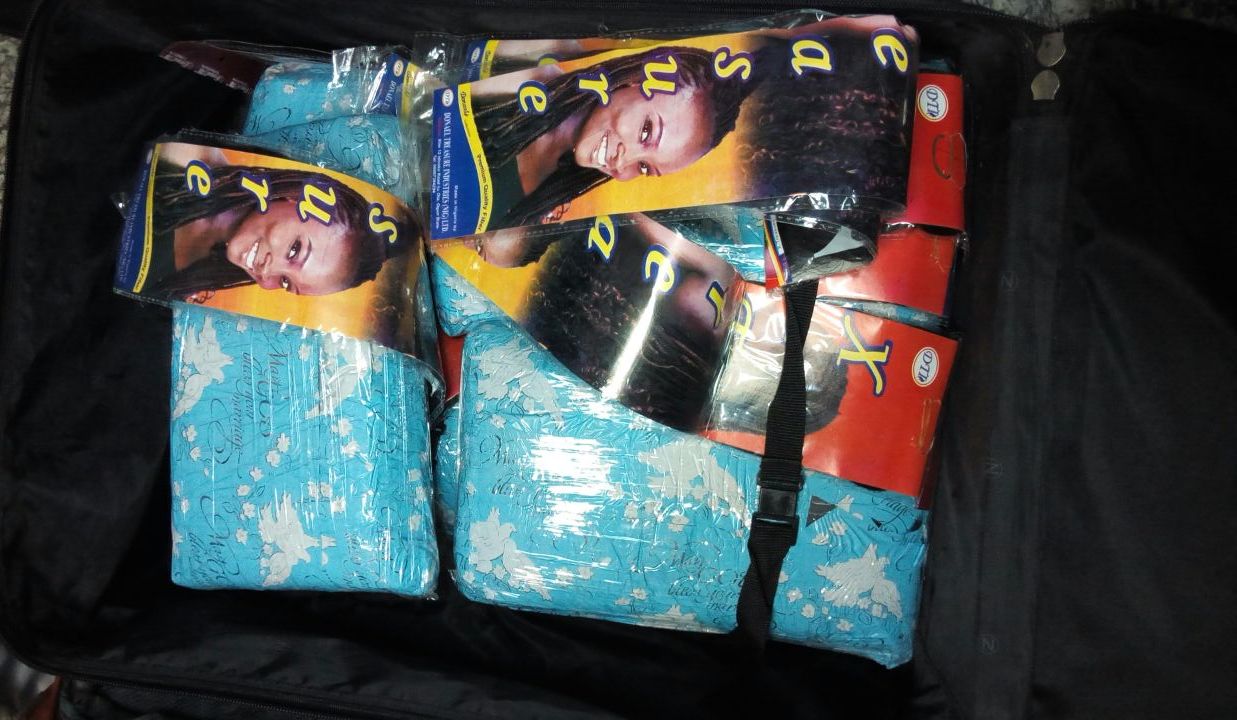 The Chairman/Chief Executive Officer of the National Drug Law Enforcement Agency (NDLEA), Col. Muhammad Mustapha Abdallah (retd) said that the Agency’s counter-narcotic measures at the Murtala Muhammed International Airport (MMIA), Lagos had led to the interception of the largest quantity of ephedrine with a total weight of 83.390kgs.

The ephedrine which was concealed in female hair attachment by a suspected drug trafficking syndicate was going to South Africa. This is the largest quantity of ephedrine seized at the Lagos airport with an estimated street value of 4billion naira.

In addition, two bags, one containing heroin from Nairobi and another containing cannabis going to London were equally abandoned at the airport.

Ephedrine is a precursor ingredient used in the production of methamphetamine. The estimated street value of the ephedrine is about N4 billion.

According to Abdallah, a bag containing ephedrine was intercepted by NDLEA operatives at the departure hall during outward screening of a South African Airline flight to Johannesburg, South Africa. Three suspects including luggage handlers and a clearing agent are currently being interrogated in connection with the crime. The NDLEA boss described the ephedrine seizure as the single largest quantity seized at the Lagos airport.  Abdallah warned that the “NDLEA will continue to resist attempt by criminal syndicates to compromise security measures through strict law enforcement practice. Anti-narcotic agents have been placed on the alert and will remain vigilant in detecting any act of sabotage. The case is under investigation and anyone found wanting shall be prosecuted in line with the NDLEA Act”.

NDLEA commander at the Lagos airport, Ahmadu Garba gave the names of the suspects as Unegbu Daniel Chukwu, 42, Ettah Joseph, 28, and Wopara Bright, 31. “Officials of the NDLEA at the departure hall detected a bag and during search, it was found to contain substances that tested positive for ephedrine with a total weight of 83.390kgs. So far, three suspects apprehended are being interrogated to determine their level of culpability. Meanwhile the parcels of ephedrine was concealed amidst artificial hair” Ahmadu stated.

Besides, a bag containing 2.500kg of heroin was abandoned at the arrival hall during the inward screening of passengers on an Ethiopian Airline flight  from Nairobi, Kenya. Similarly, a luggage containing 4.6kg of cannabis meant for export to London on a British Airways flight from Lagos was abandoned at the airport. Preliminary investigation revealed that Unegbu Daniel who works as a clearing agent collected the luggage from his client and took it to the airport. He hails from Anambra State. Two luggage handlers allegedly worked with him are Ettah Joseph who hails from Cross Rivers State and Wopara Bright who is from Rivers State. The cases are under investigation to uncover the drug cartel that is behind the illegal shipment of the narcotic drugs.