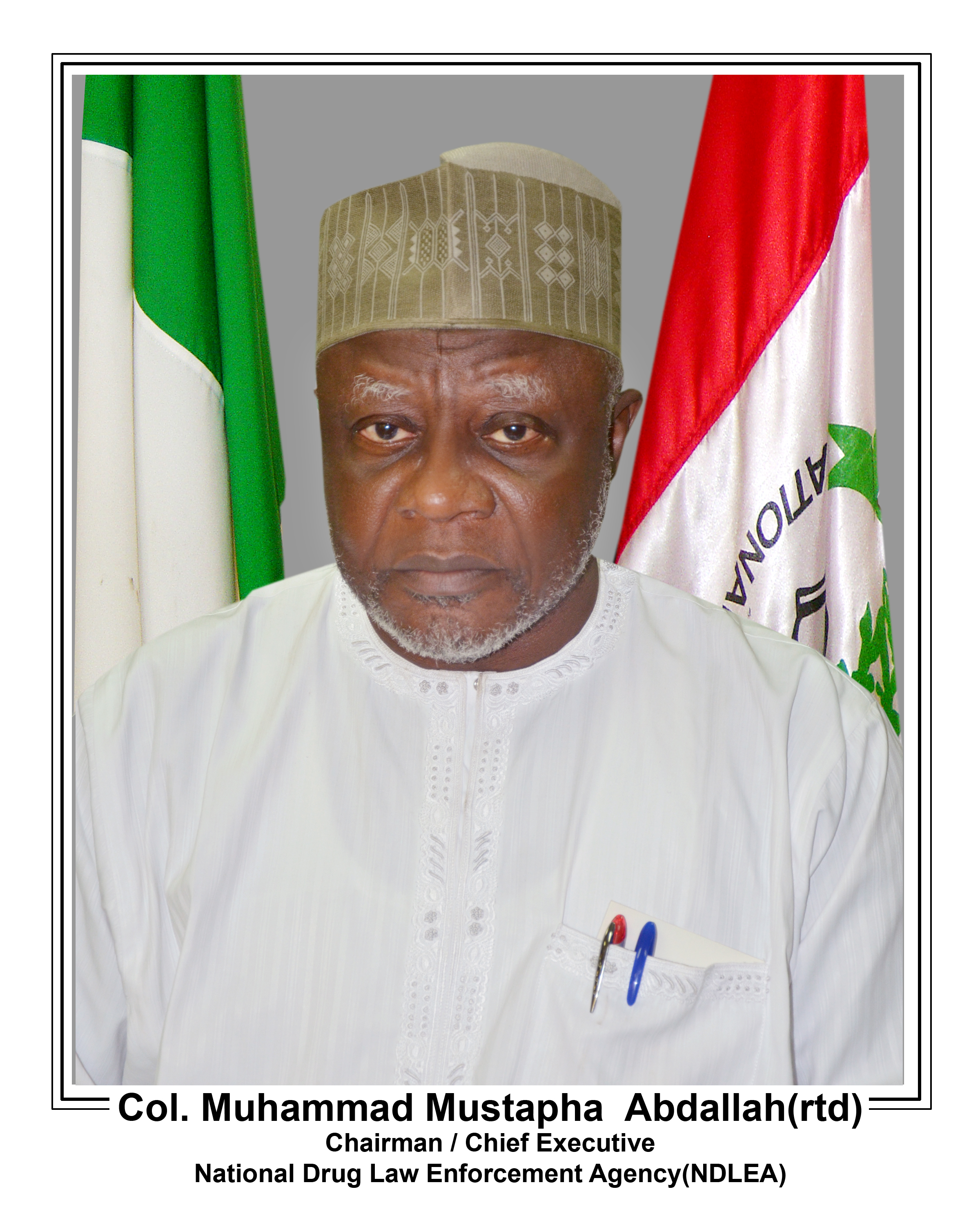 Those arrested include 17 females and 86 males. 42 of the suspects were intercepted while bringing drugs into the country while sixty-one (61) others were nabbed attempting to smuggle drugs out of the country.

Apart from the estimated value of the seized drugs, physical cash seized within the year under review include three hundred and twenty-six thousand, one hundred and forty Euro (€326,140) and thirty-eight thousand, eight hundred dollars ($38,800). The figures indicate an increase of one hundred and eighty-seven (187kg) over drugs seized in 2015 and a reduction of arrests made by  thirty-nine (39).

Chairman/Chief Executive of the Agency, Col. Muhammad Mustapha Abdallah (retd) said that the threat of drug trafficking must be eliminated in the interest global peace and development.

He however assured that the Agency has adopted measures to prevent drug syndicates from enjoying the illicit proceeds of drug trafficking. Abdallah made this known at the presentation of 2016 performance report of the Lagos airport command.

The NDLEA boss while commending the performance of the Lagos airport command noted that effective drug control is crucial in promoting sustainable development. In his words, “drug trafficking constitutes a threat to global health, peace as well as economic growth. The successful seizure of drugs from cartels worth over thirty billion naira is impressive and commendable. This feat was achieved due to effective collaboration, strict law enforcement practice, dedication of officers and judicious application of knowledge acquired through capacity building programmes”.

The Agency therefore called on stakeholders not to relent in the fight against eradication of narcotic drugs and psychotropic substances. Meanwhile, in 2015, the airport command arrested 142 suspects comprising 122 males and 20 females. It also seized 172kg of cannabis, 160kg of ephedrine, 114kg of methamphetamine, 96kg of cocaine, 45kg of tramadol and 5kg of heroin all weighing 592.9kg..