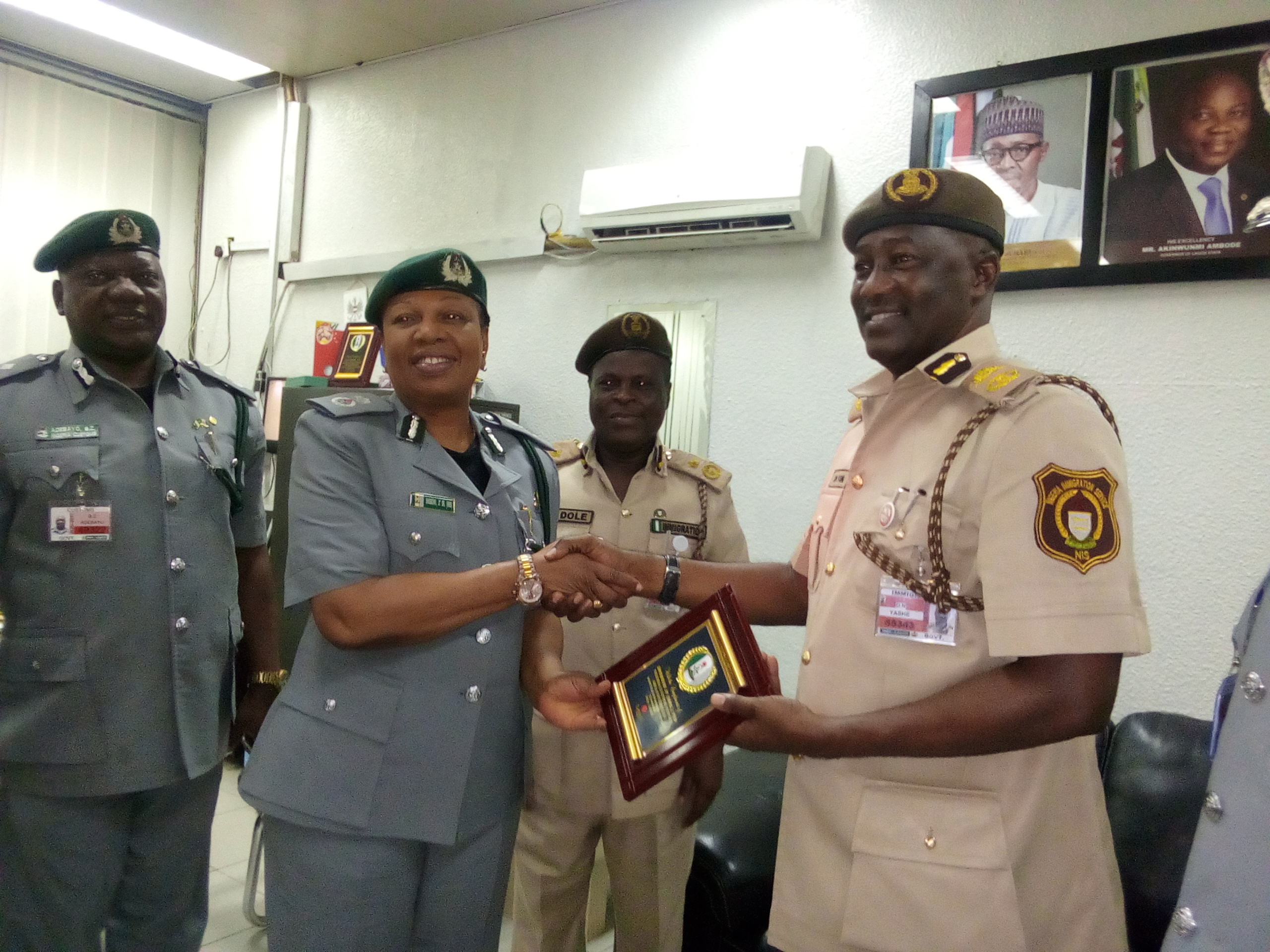 Mr. Dikko Yashe, the new deployed  Comptroller, Immigration at the Murtala Muhammed International Airport (MMIA), Lagos command, has promised to support the fight against corruption, just as he applauds the Federal government over the policy of Ease of Doing Business introduced recently.

Before his redeployment to Lagos on February 5, 2018, Yashe was at the headquarters of Immigration in Abuja.

Yashe, who replaced Mr. Odeje Usman who was recently redeployed to Abuja after his promotion as the Assistant Comptroller General (ACG) of Immigration, had paid courtesy visits to the Nigeria Police, Nigeria Customs Service (NCS), Department of Security Service (DSS) airport command and the office of the Director of Protocol, Presidential Wing of Lagos Airport while he last week received the new Customs Area Comptroller, Airport Command, Mrs. Jayne Shoboiki in his office.

During the visit of Shoboiki, Yashe said that the Ease of Doing Business policy of the government had brought improvement in the discharge of its duties at the airport.

He explained that through the policy, passengers’ facilitation had improved at the airport while immigration officers now carry out their duties more diligently with utmost professionalism it deserves.

He reiterated that both agencies; customs and immigration were working for same goals of security and revenue generation for the government and therefore should not see each other as rivals, but rather as partners in progress.

Yashe urged Shoboiki and her team to continue the good relationship between the two parties and called for information sharing on security among the various security agencies within the command, stressing that this would further improve the country’s rating in the comity of nations.

Earlier, Shoboiki called for collaboration among various security agencies at the airport.

She said that through effective synergy among the security agencies, threats and loopholes in the system would be blocked.

She urged the command to continue to work as a team with the Customs at the airport, saying that both government agencies were at the command to improve the image of the country especially with foreigners who, apart from revenue generation for the government.

She said: “It’s necessary for me to come around to visit the sister agencies; we have a common goal of security, revenue generation for the Federal Government. We need to collaborate together to meet the demands of the government. I am wholeheartedly soliciting for your support.”

In his maiden meeting with immigration personnel at the airport, Yashe emphasised the importance of discipline, hard work and dedication to duties and also urged them officers to be polite to passengers when processing them.