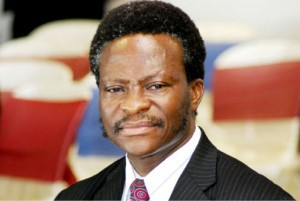 He was speaking at the quarterly breakfast meeting organised by Aviation Round Table (ART) , a non-governmental organisation, in Lagos.

He said the agreement was bad economically because Qatar Airways, which currently operates seven frequencies into Nigeria and that no Nigeria airlines fly to Doha.

He added that with the BASA agreement, the airline will demand for more frequencies and more entry points into the country.

“Nigeria does not fly to Doha at the moment and as a result may not be able to reciprocate and this makes the agreement one sided,” Demuren said.

According to him, it was because of the lack of what Nigeria could gain from BASA agreement thWilliamsCAA had to introduce the five percent Ticket Sales Charge (TSC) adding that he would prefer if that charge was increased to ten percent so that the additional five percent could go into government coffers.

Demuren regretted that even the royalties and taxes that were levied on the foreign airlines because of the inability of the country to favourably compete in the BASA deal were also removed due to political reasons which he decried was killing the country and the aviation industry.

He said that it was the accumulation of the TSC, royalties and charges that constitute the BASA funds that was domicile in NCAA noting that in those days, foreign airline used to pay $180 to Nigeria Airways per passenger for the extra frequencies into the country.

” It is good politics to sign BASA agreement but most of the times, it is bad because Nigeria is not really fit to compete with the other countries. Again when Nigerian Airways was still operational, we could say that we did compete a little but right now that we cannot compete effectively, the government still went ahead to cancel the royalties and taxes, so we don’t even get anything from BASA fund”

“The two countries must benefit from it, it should not be one sided because they are advanced than us, so we should do it to see how we can make money from it. You must ne strong to do this, you cannot be operating from a weak side. You cannot be wrong supporting your own”, he added.

Demuren stated that presently Nigerian airlines cannot compete with Qatar Airways in terms of equipment, personnel, maintenance and in other areas.

“I am not saying that we should not sign BASA .What I am saying is that if we must sign BASA, we must know the content of the BASA we are signing,” he stated

Also speaking, Andrew Okunuga, former Managing Director of Nigeria Airways, advised that Nigeria should not spend so much energy on frequency but what will favour it.

He stated that BASA should not be discussed in isolation because it also includes joint venture, code share among others.

He said what the Federal Government should do is to encourage Nigeria domestic airlines to make them international players in the aviation market.

“Arik Air and Medview Airlines should have been present when the latest BASA with Qatar was signed and the Federal Ministry of Aviation,” Okunuga said.