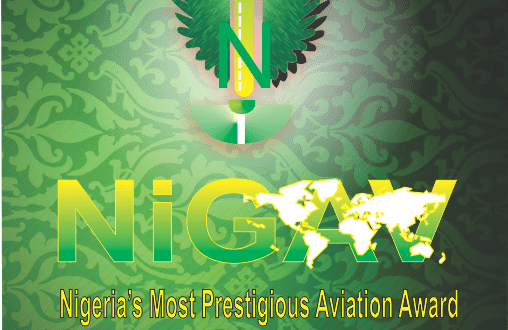 FCA International, organisers of the Nigeria Aviation  (NIGAV) Awards, which has for some years, been the only core aviation awards, have introduced a new category known as the Queen and King of the Air  awards.

With this new category which is the first in aviation history all over the world, NIGAV Award will be looking at the member of the airlines’ crew who is smart, who can speak clearly, eloquently; who can make his announcements very well and who understands how to handle passengers very well.

Organiser and coordinator of the NIGAV Awards, Mr. Fortune Idu, who disclosed the new arrangement in a chat in Lagos recently said that they have decided to introduce a little galmour into the ceremony, adding that travel experience has to do with entertainment, comfort, joy and a feeling of goodness.

Idu said that “we now say we could have the air crew compete amongst themselves on individual bases. But the greater percentage of this evaluation of their competence will be on winners on how they handle their safety announcements. So it is not about the profession itself; we are not looking at the beauty, handsomeness, or finest member of the crew. We are looking at the member of the crew who is smart, who can speak clearly, eloquently; who can make his announcements very well; who understands how to handle passengers”.

Idu also noted that the Queen of The Air or the King of The Air award will go to any winner, stressing that it is the first time it will done all over the world.

“It is also the behavior and composure of crew members and how they handle passengers on board. Part of aviation security is actually the human behavior. There will be great inflight experience if we have crew members that have good self-confidence, understands their roles, very safety conscious as they can manage passengers very well. 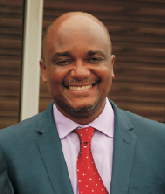 On challenges being faced,  he said finance is a major one, adding that it has been majorly financed by the parent company of NIGAV, FCA International.

“That is one of our biggest challenge. We want to have an event that the industry can flow along with us. From the beginning, the airlines, the airports, the regulators and safety management agencies, insurance and all those who have interest in the industry can flow with us from the beginning, so that we can be able to evaluate their responses and make plans”, Idu said.

While disclosing that there are over 40 categories of the awards this year, he said: “We are looking at various categories and over 40 categories have actually been earmarked. Some of them have been taken, some of them have not been taken. We have two different levels of recognition. Those who will get public nominations is considered as an award; those who we now give award is considered as recognition. You cannot tell me that the industry players and the leaders of the industry, even if as civil servants, they did not come out to be voted for are not doing anything. I know they are doing something and it is my business to recognize them and that encourages them”.

“When you recognize them, you are telling them that we now you are doing this and we know you can do better. Overtime, they will not come down from the level which we have found them. So that is what we are doing. Those two sections of awards are going to be given and the last one now which is on stage award.  In all these, we have over 40 categories. We have airline of the year, aviation personality, airport manager of the year. We covered in MRO, retail, airport taxi, and media. We covered in all sectors of the industry. Everybody is there and we are getting response but it is just slow”, Idu said.

Idu however expressed appreciation to local airlines and other players in the industry, saying foreign airlines would also participate in the ceremony this year.