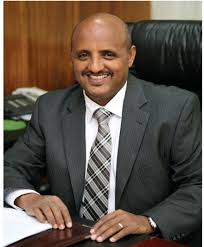 Ethiopian Airline management has said that its Group chief executive officer, Tewolde Gebremariam, never said the airline is the front-runner to partner in the Nigeria Air project.

The Airline stated that its Group CEO only said his company showed interest to partner with Nigerian government on Nigeria Air.

In a statement released by the airline in Lagos, the airline said the Group CEO was misquoted by the media on his position on Nigeria Air plans.

“The Group CEO never said Ethiopian Airlines is the front-runner to partner in the Nigeria Air project as what he said was that Ethiopian, as a Pan-African airline, has expressed interest to partner in the project and is among those being considered by Nigerian Government”, statement said on Wednesday.