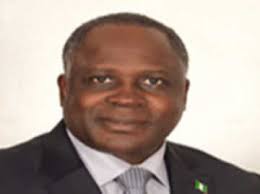 The Nigerian Civil Aviation Authority (NCAA) has denied allegations that the country is closing its airspace to flight operations.

The NCAA noted that the issue it had with its workers’ union is being resolved with a peace meeting slated for Monday  between the union and management, adding that there was no basis for airspace closure.

The agency stated that no time was closure of the airspace contemplated, adding that the union had on Friday last week suspended actions that could have warranted closure.

Responding to questions over rumours making the rounds that some nations have concluded plan to restrict movement of their citizens to Nigeria over closure of her airspace, spokesman for the NCAA, Sam Adurogboye said, “it is not true”.

Adurogboye stated that information peddled by some people should be disregarded, adding that there is nothing to indicate or warrant the closure of the nation’s airspace to air traffic.

He further stated that the aviation regulatory body is investigating the source of email people are using to circulate that Nigeria’s airspace would be shut yesterday’s midnight.

“We learnt that the union has circulated an email, alleging a travel ban to Nigeria with effect from tomorrow’s midnight. This is to declare to the whole world that it is not true. Nigeria’s airspace is open to flight operations. NCAA cannot be closing airspace it meant to guard”.

It was not clear what the unions were agitating for as at the time of going to press.

Early this month,   Trade unions in the aviation sector have given the NCAA, a 14-day ultimatum to promote their members who were due for promotion or risk industrial action.

The ultimatum was issued by the National Union of Air Transport Employees (NUATE) and Air Transport Senior Staff Services of Nigeria (ATSSSAN).

The unions accused the NCAA management of nonchalance to the promotion of their members which they claimed had been due since January 2015.

Olayinka Abioye, general secretary of NUATE, urged the management of NCAA to respect the terms and conditions of employment as contained in the condition of service entered into by all parties.