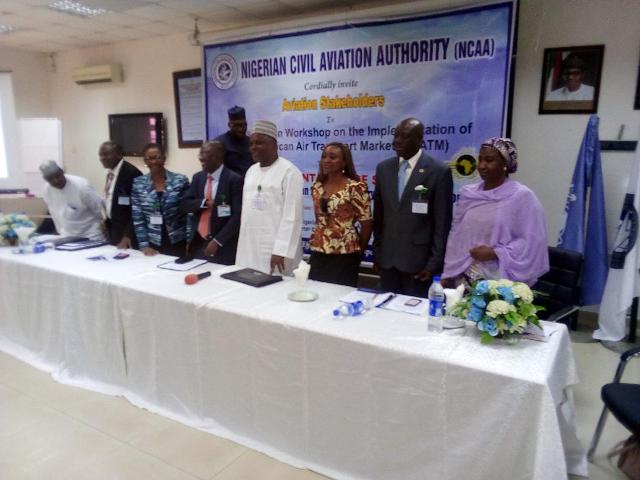 The Federal government said it has constituted a National implementation committee to review all the subsisting Bilateral Air Services Agreements (BASAs) to be in consonance with the Yamoussoukro Declaration (YD) while the process of domesticating the decision is currently at the advance.

The African Union (AU) is expected to launch the African Single Sky in Addis Ababa on January 28, 2018.

Sirika noted that Nigeria being one of the pioneer Member States signatories to Yamoussoukro Decision (YD) and one of the 23 states that have so far made solemn commitment to the implementation of SAATM by 2018,  there is need to leverage on the immense potentials that the full implementation of  YD through the Single African Air Transport Market offers, especially in enhancing traffic connectivity and significant growth in passengers volumes over the next few years.

This is just as the secretary general of  Africa Civil Aviation Commission (AFCAC), Mrs. Iyabo Sosina, called on African governments to immediately implement the YD , saying the benefits that would be derived from it far outweighs those derived from protecting their skies.

Sirika, who was represented by Capt. Fola Akinkuotu, managing director of Nigerian Airspace Management Agency (NAMA), added that Nigeria must ‘therefore strive to commit to the full implementation and operationalization of SAATM, saying, ‘ we need to leap forward so as to become an effective global competitor in aviation’.

Sosina, who said 11 countries, including Nigeria, declared their solemn commitment to the Single Air Transport Market by 2017, adding that African Open skies creates much more opportunities and economies of scale, and that when African airlines are empowered by this realisation , economic development on the continent will be accelerated, thousands more jobs would be created and the people within the continent will be improved.

She said a study conducted by IATA which shows that the total air traffic flow among 12 strategic African states would increase by 81 percent if they fully liberalise their skies, adding that this would also represent  an increase of 5 million passengers.

She said the liberalisation of air transport between the 12 countries was estimated to generate 155,000 jobs  in aviation, tourism and wider economy would contribute $1.3billion to the annual GDP of the 12 states.

While itemising the benefits that accrue to passengers, she said they would have increased choice of carriers; convenience and ease of travel; better connectivity and time saving, apart from reduced fares and quality services from competing airlines.

As for airlines, the YD will  bring more commercial freedom to wider route networks, more frequencies, better aircraft utilisation and creation of a larger market, among others.

As for airports and air navigation service provider, Sosina said the implementation of the African single sky will enhance revenue generation from passengers service charge apart from increased efficient utilisation of airport facilities and airspace, among others.

Above all, for government, there will be cross border investment opportunities, employment generation; increase in revenue through taxes and free movement of people, goods and services. 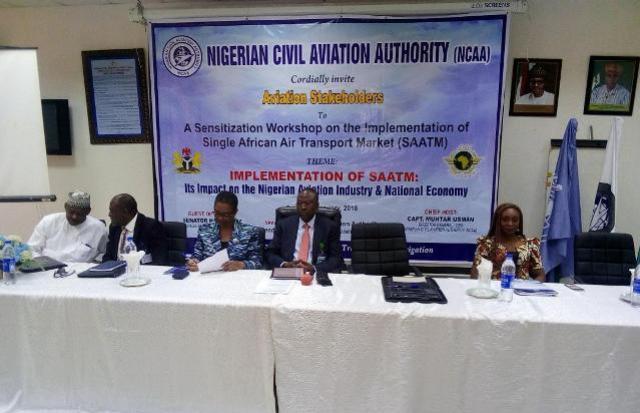 She added however, that safety and security, good regulatory framework and the will to implement it, flexible visa procurement rules and human capacity to support the growth, must be available for effective implementation.

She also said it is important for Nigeria to review its BASA in conformity with YD, adding that the country currently has BASA with h40 countries that must be reviewed.

”IATA has pronounced that it will work with the airlines of the 23 states that have publicly said they will implement the YD, YD is a visionary initiative but Nigeria has a critical role to play in its implementation on the continent”, she said.

Capt. Nogie Meggison, chairman of Airline Operators of Nigeria, said while other governments are subsidising their airlines, Nigerian airlines are borrowing money at 23％ interest rate.

According to him ‘We should not be in a rush to implement this treaty and put the future of the people in jeopardy, our policies are not the same, we do not even have the visas to  go around Africa if implemented, over 50 airlines have gone under as a result of policy summersault, we need to think about these’.

But Sosina advised them to look inward adding that there must be a paradigm shift in the system.

“It behoves Nigeria being among the 23 signatories to the Solemn Commitment to adhere to the stipulated concrete measures instructing the signatories to open their respective air transport markets immediately to each other and without conditions in compliance with the Declaration of the Assembly of Heads of State and Government (Assembly /AU/Decl.1(XXIV) on the establishment of SAATM.

“As we all may be aware, SAATM will finally be launched sometimes this week during the AU Summit in Addis Ababa, Ethiopia.  The importance of SAATM to African aviation cannot be overemphasized. Thus, it is imperative that we organize this sensitization workshop to intensify awareness campaign among the critical stakeholders”, he said.