Nigeria to save millions as ICAO commissions training centre at FAAN 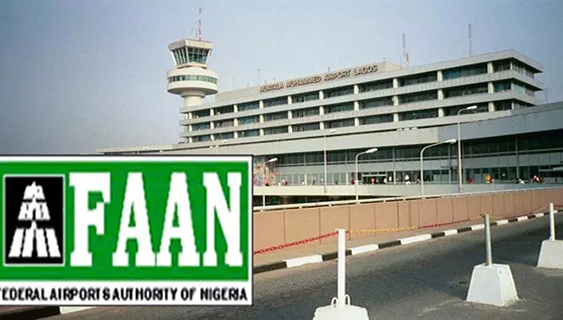 Mrs. Henrietta Yakubu, the General Manager, Corporate Communications in an interview with journalists on Monday in her office at the Murtala Muhammed Airport (MMA), Lagos said that the facility, which is situated at Lagos Airport would be commissioned this Friday.

According to her, the commissioning and designation of the facility as ICAO/ACI Global Training Centre would further enhance training of technical personnel for the industry.

Yakubu explained that before the facility was approved, inspectors from ICAO had visited the facility regularly and discovered some open items, which she said were closed by FAAN’s management before the final approval was given by ICAO.

She recalled that the facility was designated as an ICAO/ACI training facility in Mauritius in 2017 during the ACI meeting in that country.

She expressed that with the approval of the facility, it would be easier and cheaper for technical personnel on the continent to be trained on aviation matters, adding that ICAO’s approved instructors would be engaged for training of personnel.

Yakubu further lauded Engr. Saleh Dunoma, Managing Director of FAAN who also doubles as the President of ACI-Africa for upgrading the facilities to its present status.

She said: “Sometime last year, during the ACI meeting in Mauritius, FAAN training school was designated as an ICAO training centre. By this Friday, ICAO will be coming to Nigeria for the commissioning of the facility.

“One of the advantages of the training centre is that it will make it easier for member countries to train their personnel in Nigeria and it is also cheaper for them to come to Nigeria to be trained, rather than going to United Kingdom, United States and other countries around the world.

“Another advantage is that there will be more opportunity for those in the region to get trained. You know when cost is not really a factor; more people will be factored in for training. There is also accessibility for trainees and the weather conditions are favourable in Nigeria, while the learning facilities are fantastic and new.

“For ICAO to designate us as a training centre, you will know that everything that we needed to put in place have been put in place. The training facilities are up to date. The instructors will be coming from all over the world and they are ICAO trained instructors.”

On the ongoing certification of some international airports by the Nigerian Civil Aviation Authority (NCAA), Yakubu assured that some of the airports would be certified by 2019.

She recalled that the international wings of Lagos and Abuja were certified in 2017 by the regulatory authority, stressing that officials from ICAO were also assisting FAAN in the certification exercise.

“You know there are certain conditions that must be met before an airport is certified and before MMA and Abuja Airports were certified last year, we had to fulfill all these conditions and before any other airport would be certified, same conditions, too have to be met.

“Recently, a team from ICAO came around during the Airport Excellence (APEX) training, which was held in Nigeria, the team went to Kano, Port Harcourt and Enugu Airports. I can assure you that next year, one or more airports would also be certified after we have fulfilled all the conditions,” she assured.