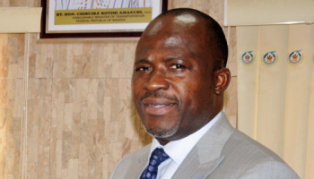 The Nigeria Air Force and Accident Investigation Bureau  (AIB), on Tuesday in Abuja, agreed to explore areas of cooperation to enhance aviation safety in the country.

This was a fallout of a meeting between the leadership of the two bodies when the new Commissioner/Chief Executive Officer of AIB, Engr. Akin Olateru paid a courtesy call on the Chief of Air Staff, Air Vice Marshal Sadique Abubakar  in the latter’s office in Abuja.

The Chief of Air Staff, who lauded the role of AIB in promoting safety in the aviation industry, said the Air Force would be willing to extend its human and material resources to the Bureau and urged its management to identify the needed areas of assistance.

According to the Chief of Air Staff, “accident is what nobody wants but in aviation it happens sometimes despite every effort made to prevent it”, adding that “we need to deal with issues before accident happens.”

AVM Abubakar said the Nigerian Air Force has upgraded its medical and training facilities spread across the country to boost its capacity to respond promptly and effectively to emergencies.

Training of Air Force officers, he said has been upgraded, especially for the pilots and engineers who, according to him, were given decent accommodation to ensure they were focused on safety.

He said, “We are providing decent accommodation for the officers flying and maintaining our aircraft. We train, provide facilities, seminars and make sure our hospitals are okay, we do medical evaluations. We have evaluations, once quarterly for our pilots where they take written tests to make sure they are up to task. Same thing for our engineers.”

He invited AIB to be part of safety evaluation so as to have independent assessment from an outsider.

“We need to have simulations of accidents to see the gaps and see what to be done. You may have excellent plan but when it comes to execution, it is a different thing”, he added.

Earlier in his remarks, Olateru commended the Nigerian Air Force for its formidable role in  aviation and in the defence of the nation.

The AIB boss stressed the importance of a stronger relationship between the two bodies adding that the Air Force is strategically placed to help during emergencies with its facilities spread across the country.

Working together, he said will help AIB in fulfilling its mandate of accident investigation and prevention.

The AIB boss offered the Air Force the opportunity to use the Bureau’s flight laboratory for its incident and accident purposes just as the Chief of Staff pledged to post an officer to work in AIB as done to Nigerian Emergency Management Agency (NEMA) and some other agencies.

The two government bodies agreed to set up a joint-committee to explore areas of mutual cooperation.

Since he assumed office less than two months ago, Olateru has been galvanizing all relevant sectors to reposition Accident Investigation Bureau towards the fulfillment of its mandate of improving Aviation safety through investigation of serious incidents and accidents.