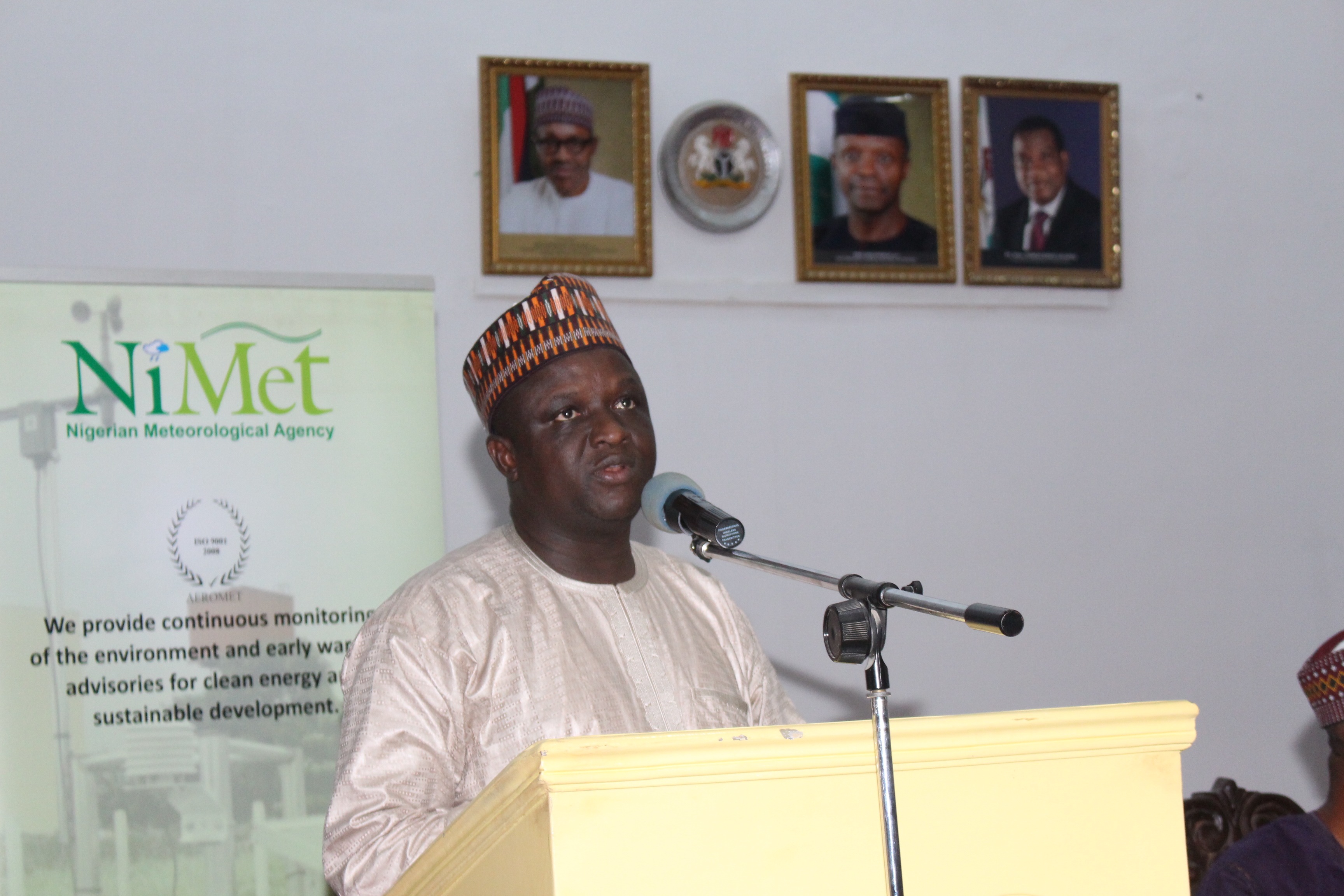 The Director General /Chief Executive Officer  of the Nigerian Meteorological Agency(NiMet), Prof. Sani Abubakar Mashi, has faulted calls in some quarters for the creation of a separate and parallel Climate Change Agency (CCA), saying the establishment of such body would amount to a duplication of functions already being carried out by an existing agency, NiMet.

Mashi said NiMet was established by an Act of Parliament in 2003 to provide weather services in marine, environmental and bio-meteorology for climatic and human health activities, stressing that so far, all stakeholders are unanimous in their agreement that it has been carrying out this role both effectively and efficiently; and therefore sees no reason for the creation of a new body with similar functions.

The DG/CEO, who was fielding questions from Aviation Correspondents in an interview in Lagos recently added that at a time when there is  widespread clamour for limited  Government and scaling down of the bureaucracy, creating another body with essentially the same roles as NiMet will not only be counter-productive but also a waste of scarce resources during the period of an economic recession.

He said: “Since its inception in 2003 NiMet has played, and continues to play crucial, critical and strategic roles in fulfillment of its mandate including the issue of Climate Change hence the major authoritative voice on climate issues in Nigeria as recognized by the World Meteorological Organization (WMO), a technical and specialized Agency of the United Nations (UN).

“Furthermore, NiMet is the repository of the National archive of climate data in Nigeria. The climate data bank has data spanning over a century from over 60 synoptic stations spread across the nation. There are no meaningful climate studies or policy developments that can be conducted without credible climate data. This climate data can only be found in NiMet. NiMet also has the largest concentration of climatologists in the country and these resources are always used to produce the scientific basis for climate change in Nigeria”.

Mashi said instead of creating a parallel agency, NiMet should be reorganized and strengthened to enhance the discharge of its responsibilities through the amendment of the enabling Act. He opined that areas that require amendment include, but not limited to the elevation of Climate Services to a Directorate of Climate Services status to “better handle issues relating to climate and climate change”.

“It is rather surprising that at a time when the country is experiencing an economic recession and is literally fighting the battle of its life, people are proposing the creation of a parallel agency that will merely duplicate the functions of an existing body. Even at the best of times when resources do not pose any significant bottleneck, such obvious duplication is counterproductive and may lead to conflict of interest and unnecessary rivalry”, the DG remarked.

The DG however said the plan to create the National Council on Climate Change (NCCC) is a welcome development, adding that the Council should be saddled with the responsibility to “supervise NiMet”, even as he faulted other provisions in the proposed bill currently before the National Assembly for failing to include the DG/CEO of NiMet, the nation’s sole repository of climate data in the said Council.

Another area he picked holes in the proposed bill is the exclusion of the Nigerian Meteorological Society (NMS), the national professional body on meteorology and meteorological applications in Nigeria from membership of the Council, saying this is a grave omission that must be rectified before enacting the law.

“NiMet should be strengthened to build on existing gains, infrastructural development, reputation and soaring stakeholders’ confidence as it has the capacity, capability and a pool of highly trained and experienced professionals to discharge its responsibilities” rather than unnecessarily expand the bureaucracy by the creation of the proposed Climate Change Agency (CCA)”, the DG concluded.

It could be noted that the National Assembly (House of Representatives) is currently processing the proposed bill for an Act to create the Climate Change Agency of Nigeria, with a Public Hearing on the bill already scheduled.