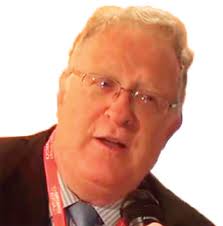 The Managing Director/CEO of the Nigerian Aviation Handling Company plc (nahco aviance), Mr. Norbert Bielderman, has submitted to the Company the notice of his resignation.

Mr. Bielderman, who gave three months’ notice, would formally disengage from the Company on 31st August, 2017.

A statement from the Company, signed by Tayo Ajakaye, its spokesman noted that Mr. Bielderman joined nahco aviance in May, 2010.

He was appointed Executive Director, Operations on December 6, 2013. Bielderman was named Acting MD/CEO in October 2014.

His appointment as MD/CEO was confirmed in April, 2015.

Other changes announced by the Company after the board meeting of Wednesday, 17th May, 2017 include the retirement of Dr. Faruk Umar from the Board and his replacement by Sir Sunny Nwosu.

Dr. Umar, who was the director representing minority shareholders on the Board, was appointed to the Board on 22nd June, 2011.

With an eye to tapping into emerging opportunities in the energy and aviation infrastructure sectors, the Board has approved the immediate appointment of Mrs. Folashade Ode as the new Acting MD/CEO of NAHCO Energy, Power and Infrastructure (EPI).

Ode who is former ED, Legal, Risk and Subsidiary Services, is expected to further drive NAHCO’s diversification process using the platform of the new company, EPI.

Ajakaye noted in the statement that the resignation notice given by Bielderman has activated the Company’s well laid-down succession planning process while adding that the regulators, Securities and Exchange Commission (SEC) and the Nigerian Stock Exchange (NSE) have been duly notified of the new development.