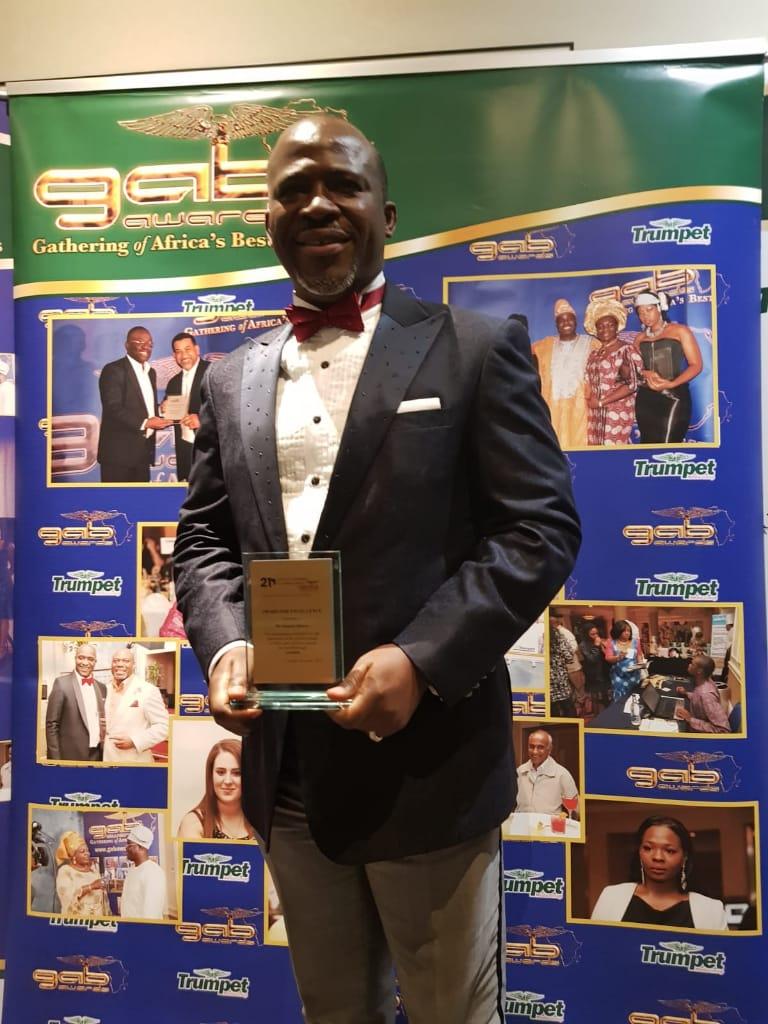 It was a torrent of encomiums and recognition for the Commissioner of the Accident Investigation Bureau Nigeria, Engr. Akin Olateru, as he received accolades from three different organisations in the last one week for his outstanding leadership in aviation development.

His outstanding leadership has ensured the continuous safety of the Nigerian airspace and has made the Bureau one of the leading accident investigating bodies in the world.

The Commissioner was recently bestowed with the award of Aviation Man of the Year 2019 at the Air Transport Industry Awards 2019, the Outstanding Leadership award at the 10th Nigeria Aviation (NIGAV) awards 2019 and an Award for Excellence at the 21st Gathering of Africa’s Best (GAB) Awards. 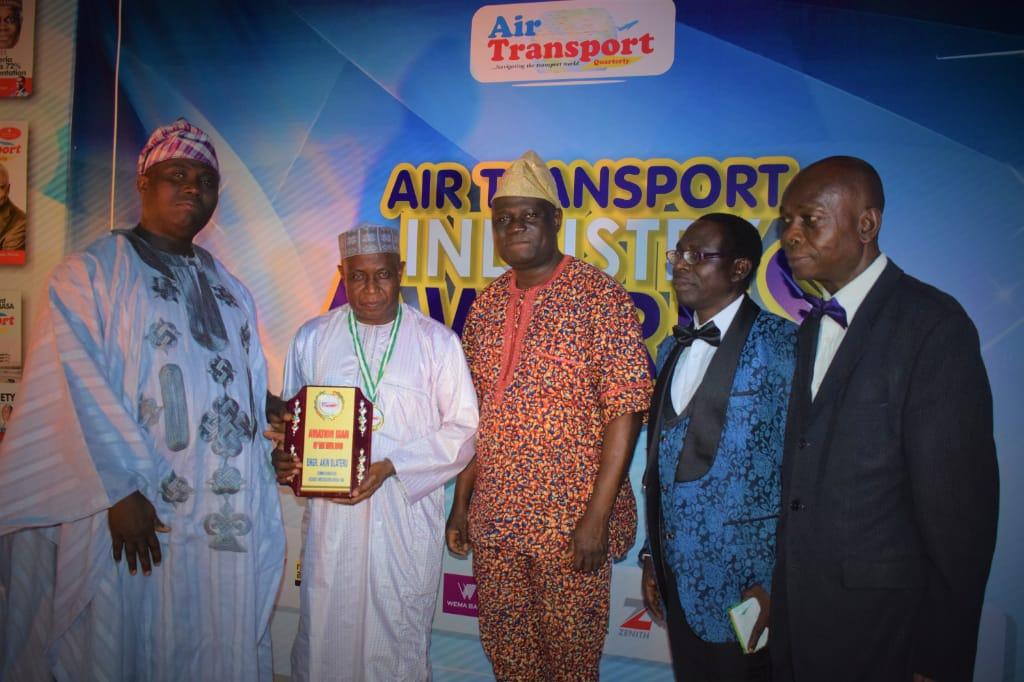 The Air Transport Industry Awards, which took place on the 13th December, 2019 at the Welcome Centre and Hotels, Lagos, was in celebration of the aviation industry’s finest individuals and corporate bodies whose penchant for hard work, innovation and capacity building has not only greatly improved the business of air transportation, but enhanced safety of the airspace.

The AIB Commissioner is the first recipient of the organization’s Aviation Man of the Year award.

Engr. Olateru also received the Outstanding Leadership award at the 10th Nigeria Aviation (NIGAV) awards 2019, which took place on the 14th December, 2019 at the Oriental Hotel, Victoria Island, Lagos. This will be the third NIGAV award won by the Commissioner as he carted away the Most Innovative Aviation Leader of the Year award and the Aviation CEO Award at the 2017 and 2018 edition of the award ceremony respectively.

In recognition of Engr. Olateru outstanding contributions to the promotion of the positive image of Africa and Africans around the world through Aviation, the Gathering of Africa’s Best (GAB) also gave an Award for Excellence to the Commissioner at the 21st GAB Awards ceremony that was held on December 15, 2019 in London. The GAB award is an annual event organised by the Trumpet Media Group with the aim of rewarding excellence among Africans and friends around the world.

Speaking on the awards, Engr. Olateru who dedicated the awards to the entire staff and management of AIB, praising them for their diligence and dedication, appreciated the organisers of the awards for the recognition. 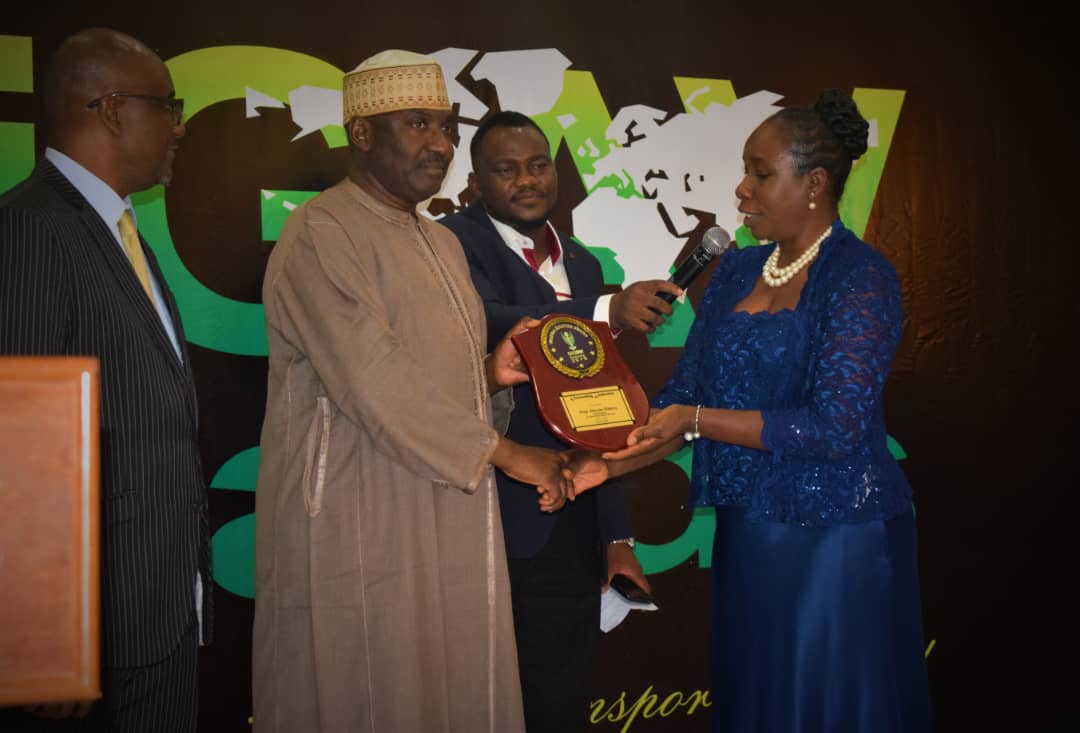 His words: “I sincerely thank you all for these awards. I would also like to take this opportunity to thank the staff of AIB for their hard work and commitment to the Bureau as a team. These awards are in celebration of the entire staff of AIB as a team. Each award we receive is a testament to the recognition of our hard work, collective efforts and dedication to service. There is a saying that a chain (team) is only as strong as its weakest link. It is because I am fortunate to work with dedicated professionals that these successes are possible.”

The Commissioner urged his team to be encouraged by the receipt of these awards and continue to forge ahead to ensure the Bureau is one of the top agencies in the industry.

AIB is the agency responsible for investigation of accidents and serious incidents that occur within the Nigerian airspace and providing safety recommendations intended to prevent recurrence of similar accidents, thereby improving aviation safety.