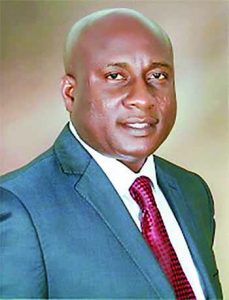 Mr. Allen Onyema, Chairman of Air of Air Peace has decried various issues plaguing the growth of airlines in Africa, saying one of these, which is high charges and taxation was crippling their businesses.

He also countered the statement by the President of African Development Bank (AfDB), Mr, Akinwunmi Adesina, that continent’s airlines were poorly managed, saying that Adesina might have been ill-informed about the state of the airlines on the continent.

Speaking with aviation correspondents yesterday in Abuja at the just concluded World Aviation Forum (WAF) organised by the International Civil Aviation Organisation (ICAO), he warned that the mumber of Airlines on the continents may continue to shrink as a result of many issues.

He lamented that operators on the continent especially airlines in Nigeria, pay heavy taxes and charges to government agencies, state Governments and organisations, stressing that this is the opposite of what obtains in other parts of the world where their airlines were given leeway to boost their operations.

He lamented that most government officials were unfriendly with private investors in the country, saying that rather than helping businesses to grow, they contribute to their early demise by their actions.

He said: “You will recall that Nigeria Customs Service (NCS) hit Air Peace barely five days after we commenced our operations as a young airline and sealed our premise. They claimed that we didn’t pay customs duties for an aircraft that was yet to arrive Nigeria. That would tell you that civil servants are yet to understand how businesses work. In Nigeria, civil servants are very wicked.

“Unless the civil service in this country understands that investors must be helped to create jobs and put food on the table of so many people, we will continue to have this issue of insecurity because some people are jobless and they will be opened to social vices.

“Excess taxation is one of the banes of our aviation industry, it’s one of the things that is stunting our growth in this part of the world and except that is addressed, nothing will happen. But, in order to address that, the Federal Government must set up a task force in which I am a member to look into the issue.”

On a paper presentation at the forum by Adesina, which alleged that African airlines were poorly maintained, Onyema, disagreed with the AfDB’s helmsman’s position.

Rather, he emphasised that the continent’s carriers especially airlines in Nigeria were over-regulated by the Nigerian Civil Aviation Authority (NCAA) and insisted they could compete with any airline in the world.

He explained that such comments affected insurance premiums paid by African airlines, which he said were having negative impacts on their performances and financial resources.

He posited that on the average, Nigerian airlines pay at least $2.8m for C-Checks of aircraft while their competitors could carry out such maintenances for a mere $500, 000, adding that insurance premiums paid on aircraft is quadruple of what legacy airlines pay around the world.

Onyema insisted that all Nigerian airlines were as safe as their counterparts in Europe and America despite the harsh operating environment in the country.

“I don’t know what President of AfDB is talking about. Let me tell you something, which you know, NCAA in fact is safety-centric may be because of the accidents of the past. They hound the airlines into doing the right thing. We are over-regulated by NCAA. What they can allow in America and Europe, NCAA will not allow it here.

“The money we spend to maintain our fleet, the legacy airlines of this world do not spend it. I have never done any C-check that is less than $2.8m, yet all over the world, people do C-Check with $500,000 because some components that will expire in two or three months are still left on the aircraft because they are very close to source of materials unlike here that we have to do everything at a go.

“I disagree with Adesina on that statement because this is impunity the foreign countries hinge on. They tell you Nigeria is unsafe in order to add more insurance premiums for themselves. What I pay as insurance premiums on one aircraft, the legacy airlines of this world would pay it on four aircraft. They tell you Nigeria is unsafe and yet, all of them still scramble to come here. It is what I call international aero politics, which is very bad,” he added.

However, the International Air Transport Association (IATA) in a recent statement rated the continent’s airlines very high in terms of safety and maintenance of fleet.

According to the body, African airlines had significantly improved in safety, which explains why there had not been any commercial air accidents among the carriers in the past two years.

Onyema also condemned multiple designations granted foreign airlines in Nigeria, stressing that this was affecting the finances of the local airlines.

He also warned against quick implementation of the Yamoussoukro Declaration (YD) of 1999 by the Nigerian Government, emphasising that Nigeria had a lot to lose in the policy than any other African country.

He further said if it was allowed to scale through, the Nigeria’s carriers would be the loser on the long run.

Meanwhile, no fewer than 23 governments have signed the YD bond.