(OPINION) Is The Planned National Carrier a Strategy For  2019 ? 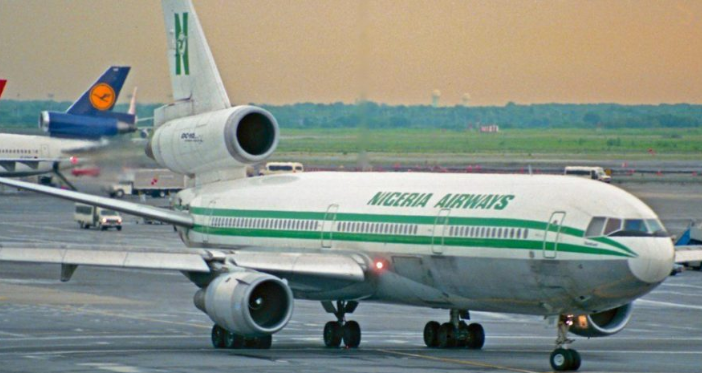 The desperation and rate at which this government is doing everything to save face before election is alarming. This rush we didn’t see after President Buhari spent 6 months before appointing ministers, calls for worry and concern

We cannot make progress as a nation, if we continue to rely on politicians and governments who make progressive decisions for the benefits they will get in return.

Only recently, and as a result of the wide criticism that greeted the President’s description of the Nigerian youths as lazy, the President hurriedly signed the Not too young to run bill. While many see this as commendable, some still believe that the president should have signed and shown his commitment to the bill by not contesting next year’s election considering his age and achievements which to many, is below par.

The President also took a very commendable but also ‘hasty’ decision, when he announced June 12 as Democracy day and posthumous conferment of national honors on Abiola , the presumed winner of the 1993 election, his running mate Babagana Kingibe and late Chief Gani Fawhemi.  This decision has drawn flak from within the President’s party as illegal and unconstitutional as the president did not consult or table the matter at the National Council of state.

The leading opposition party PDP, has also been quick to describe it as a ‘’Greek gift’’ and an attempt to win votes and sympathy of the south west after sidelining Tinubu and ignoring the concerns of the nPDP in his party.

From the forgoing, it is clear that all the decisions highlighted earlier in this article are all attempts by the administration of President Buhari to save face before the election next year. Also believing that Nigerians are suffering from perennial gullibility and forgetfulness, the FG has also given DEC deadline to the aviation agencies to set up a national carrier. Is this government for real? Is this a political statement or fact?

Considering the array of unaddressed issues plaguing the industry from warped bilateral agreements, to multiple taxation, high cost of aviation fuel, obsolete facilities at the airport, and cries from the AON, the umbrella body of airlines, will this national carrier be formed on this very suspicious foundation?  This government seems to have just woken from its slumber after 3 years of snail-like movement.  Is this another strategy to win votes in 2019?  You cant just set up a national carrier so quickly because you want to have something to campaign with in the coming elections!

The AON had earlier in a statement warned against set up a national carrier with tax payers money as this is not the standard in other parts of the world. The AON also succinctly stated that a national carrier at this time will be a ‘’drainpipe’’ to our treasury and that the agenda is not clear. I will agree with the airlines on this one, because government has never been a good business manager. More so, the fact that we are just exiting recession means that our resources are still lean and must be used judiciously to create urgent infrastructures as the national carrier is not our problem at this time.

Inasmuch as the idea isn’t a bad one, I have a problem with the ‘’hastiness’’ in the decision! Have you asked questions why the former Nigerian Airways failed? Have the workers been paid? Have we addressed the multiplicity of issues plaguing the industry? Are we getting a well established airline to manage for us? Is it going to be private sector driven or strictly government?  Is the new national carrier going to defray the over 45 billion it owes it former staffs? What is the plan for sustainability?  These are too many questions that the Buhari administration needs to address, without this clueless and hasty attempt to set up a carrier on a shaky foundation.

Presently, the airlines that we have are struggling and most have not been able to survive 5 years with the harsh policies.  We need to commend airlines like Dana Air, Aero and others that have been there for about 10 years serving the Nigerian flying public, and covering the lacuna created by the government’s inability to create a standard carrier.

These airlines need to be supported and strengthened to compete favorably as they have proven to be very strong and well-managed. The government must also ensure a level playing field for all the carriers to avoid loss of jobs and mass exit of these patriotic investors who have supported our economy for this long while the government was sleeping.

I know this hasty and ill-timed national carrier idea is a political strategy and not a well-thought out, altruistic and nationalistic idea. We cannot rush into creating a national carrier that will die in some years and we are back to the basis. The government must look critically at other contemporary airlines that commenced operations with Nigeria airways and how far they have gone, what they have be doing to still remain relevant, the manpower capability and expertise.

Dana Air and AERO have been there for more than 10 years and how they have been grappling with the multiple taxation and obsolete infrastructures at the airport is admirable. Both airlines must have a management model that is worthy of emulation to have been able to exhibit this level of staying power and the government needs to look in their way and not just encourage them but seek expert ideas from them.