Ore berates FG over plight of domestic carriers, others 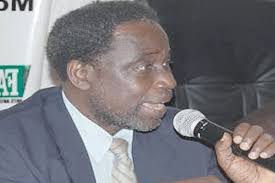 The dwindling fortune of domestic carriers and the problems beleaguering the Aviation sector as a whole, have been attributed to bad policy formulations by the Federal government, especially indiscriminate signing of Bilateral Air Service Agreements (BASAs) with foreign countries.

The immediate past President, Aviation Round Table, (ART)  Capt. Dele Ore, in an interview, also said, lack of sufficiently trained and type-rated technical personnel has also given rooms for expatriates to take over the jobs meant for Nigerians.

Ore declared that bad policy formulations and implementations of the government in the past led to the early collapse of operating airlines in the country, stressing that despite this, such bad policies still continued unabated by the government.

For instance, Ore castigated the government over multiple entries for foreign airlines without any reciprocity from their Nigerian counterparts.

He insisted that there was nothing wrong with signing of BASAs, but said the nation must benefit with such arrangements.

He was however silent on the recent BASA arrangement with the Qatari Government, saying that he was yet to see the details.

“Nothing has happened to improve the policies for the airlines. Our policies will soon drown airlines that are operational. We still have multiple entry points for foreign carriers. With that policy, we are killing our domestic carriers. We are indirectly opening up our airspace courtesy of such agreements.

“It’s only the ground handling companies that are doing well in the sector while others are crawling. We don’t have enough places to train personnel for the sector and nothing has been done in the past six months of Sen. Hadi Sirika as a Minister of State for Aviation to curtail capital flights in the sector,” he said.

Ore also warned that with the high level of expatriates taking over positions of local technical personnel, the next 10 years might be worse for the Nigerian aviation industry.

He explained that several pilots trained from different aviation colleges in the country and beyond are roaming the streets without jobs, positing that local airlines are getting dispensation from the Ministry of Foreign Affairs for expatriate quota, which would negatively affect Nigerian professionals in the future.

He decried that as far back as 1984, the former Nigerian Airways had put Nigerians in critical positions, but the reverse was the case now as foreigners had taken over.

“If care is not taken, soon, we will have half-baked aircraft commanders in the cockpit. The government should come up with a policy that says at least, we must have a Nigerian in the cockpit even if not as a commander, a Nigerian should act as a co-pilot,” he said.