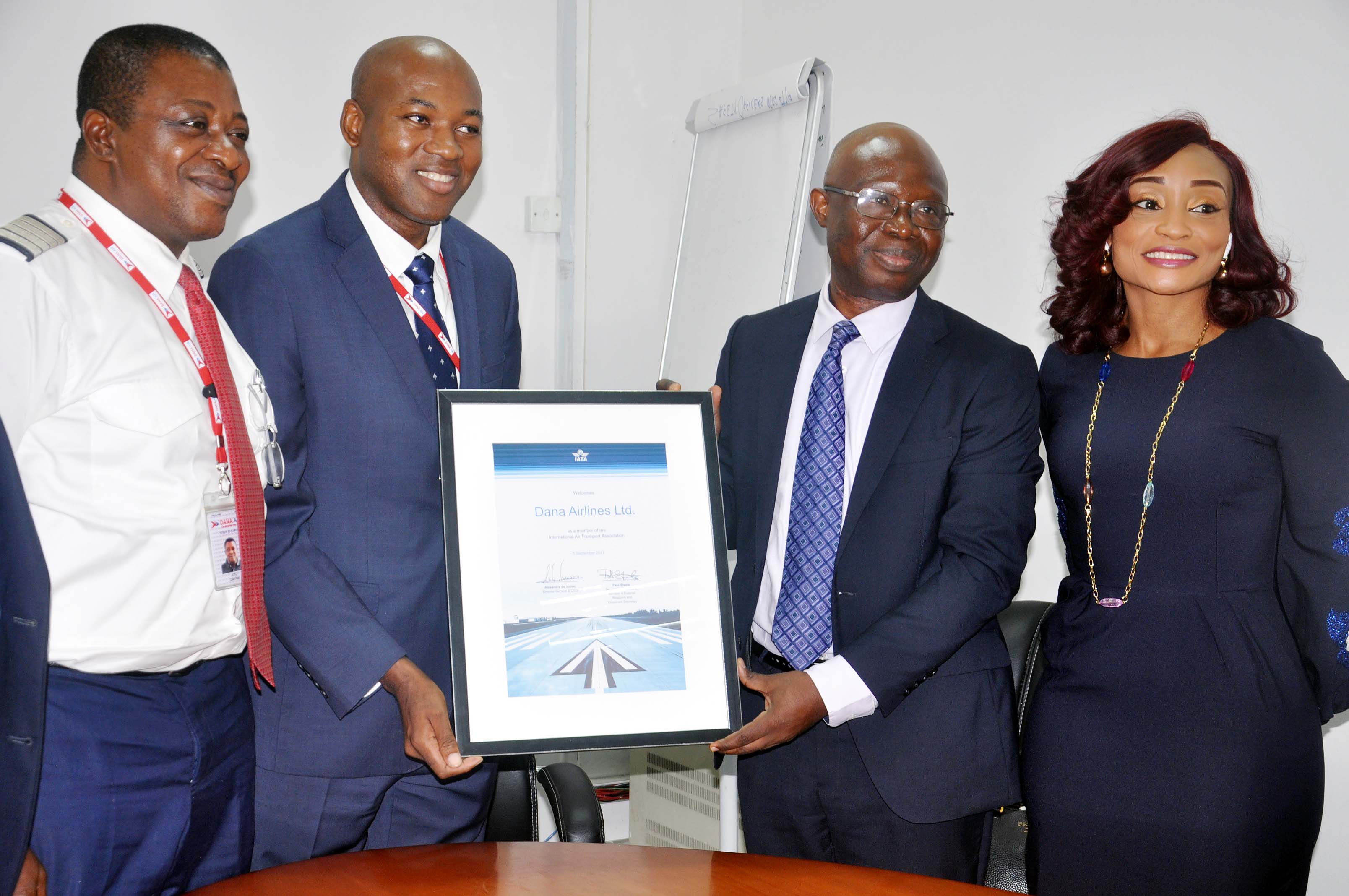 Obi Mbanuzo, Accountable officer/Chief operating officer, Dana Air, has said that the airline has not abandoned its plan to acquire more/newer aircraft, saying it was doing everything possible to ensure the airline starts renewing its fleet by second quarter of 2018.

Mbanuzo, who was speaking at a short ceremony at the airline’s office at the Murtala Muhammed Airport Terminal two (MMA2), where Dr. Samson Fatokun, Area Manager, South West, International Air Transport Association (IATA), presented the membership certificate to the airline, said circumstances beyond the company’s control, including the financial crisis which rocked the sector, had delayed the plans from being materialised.

He said currently, the airline is in discussion with aircraft manufacturers, lessors and financiers, adding that it had initially mapped out a five-year renewal plan in 2014.

“We have a fleet renewal plan but because of tremours in the financial sector, we had to be careful. But going forward, there are discussions, we are talking to aircraft manufacturers, lessors and financiers but we will expand sustainably.

“For now, we will still operate within our capability, we will not bite more than we can chew, but let me tell you that American Airlines, Delta Airline still operate MD 83 locally, they are wonderful and efficient aircraft, in fact the MD 83 does auto-landing, so it has same efficiency as others in operations globally”, he said.

Speaking on availability of aviation fuel, also known as Jet-A1, Mbanuzo said reasons given by the marketers for the scarcity is the traffic snarl on Oshodi-Apapa road, explaining that currently, a litre sells for between N220 and N240 in Lagos and sells for N270 outside Lagos.

However, he revealed that there is a presidential committee currently looking into the overall issues relating to airlines operations.