Our new terminals are cost effective, will open employment opportunities for Nigerians 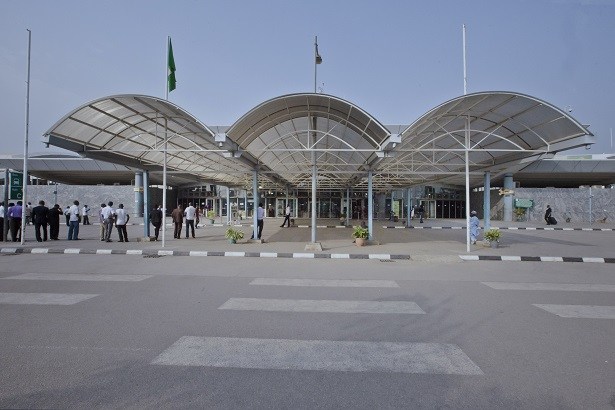 With ASKY starting operations from the Nnamdi Azikiwe International Airport, Abuja and Lufthansa set to commence from Port Harcourt International Airport, Omagwa in no distant time, two of the four terminals funded through $500 million by the Chinese EximBank loan with counterpart funding of $100million from the Federal Republic of Nigeria are being put to use.

When the Kotoka International Airport Terminal 3 in Accra, Ghana was commissioned in September, a lot of Nigerians went on the social media to lambast their father land with little or no information on what their own country was doing and this was ill-informed.

In truth however, the newly built Kotoka International Airport Terminal 3 in Accra, Ghana with a handling capacity of 5 million passengers annually is still lower in capacity to the Port Harcourt terminal which will handle 7million annually.

And at the cost of $ 600 million joint funding for the four terminals it is comparatively more cost-effective than the single terminal in Accra at a cost of $275million.

Already, with the facility on ground at both PHIA and NAIA, stakeholders and government are expecting more airlines to indicate interest in flying to those airports especially the Port Harcourt Airport that has had a lull of activities since the decline in the oil and gas sectors.

However, despite the slowdown of activities in PH, all the terminals still require more people to run them, according to the Managing Director, Federal Airports Authority of Nigeria, Saleh Dunoma, who in an interview with This Day, stated that with two of the four terminals commissioned and ready for use, it will create employment for deserving Nigerians.

“The Chinese terminals was funded by the federal government and the ChinaExim Bank loan. So now we have commissioned two as I speak to you. I need more staff to run those terminals.

“We are looking for more people, so it has created an opportunity for us to employ. So the unions are very happy because right now I am short of staff to run those terminals. We are not closing down the whole terminals, we are running them. So we are looking for more people to employ because of the additional capacity we have created in terms of infrastructure,” he said.

President Muhammad Buhari while commissioning the terminals Port Harcourt on October 26th and Abuja on December the 20th, according to newspaper and online reports said government was mindful of the infrastructure deficit in the aviation sub sector and was trying to fix them gradually.

He was also particular about the fact that not much was done after these airports were built-in the 70s and 80s to increase handling capacity of the airports and so decisive steps were sought and taken to ensure that the terminals meet the minimum international global standards.

“This Administration recognizes aviation as a catalyst for economic growth and as such will continue to encourage and support the actualization of projects that will place Nigerian Airports amongst the best in the world.

These massive investments reflect Government’s deliberate policy to sustain the development of Nigeria’s infrastructure gradually closing the infrastructural deficit bedevilling our country, which is a good thing in itself.

Information which is now public knowledge states that Port Harcourt International Airport is approximately 28,000metre square and can facilitate 7million passengers annually with 24 check-in counters, 3 baggage collection carousels, 12immigration desks at arrival and 16 immigration desks at departure , four passenger boarding bridges plus remote boarding and arrival to mention a few of the facilities.

While the New international terminal at the Nnamdi Azikiwe International Airport is designed to handle 15 million passengers annually and is almost twice the size of the earlier commissioned PHIA with approximately 56,000 square metres with s 60m long sky walk that connects the airport terminal to the metro station.

The new terminal also has 8 security screening points, 8 passenger boarding bridges plus remote boarding and arrival. It has 2 food courts, 4 premium lounges, a 22 room hotel with spa, over 3000 square metres of Duty Free space and more than 5000 square metres of utility space.

If put to adequate use and properly maintained, these four terminals are facilities that is built to last.

Also the FAAN boss in that same interview allayed some fears being touted in public spaces on operations of the terminal is being handled by the Chinese.

According to him, nothing could be further from the truth, as the Chinese that built the airport terminals would not operate them until they recoup the money they spent on them, as many have been led to believe.

He said in his interview that, “There is nothing like the Chinese will run it. They gave us a loan to construct the terminals and we are supposed to pay back this loan. So arrangements are made in the agreement we signed that as soon as the buildings are put into operation they will give us a gestation period and then from there we will start paying back the loan. ” 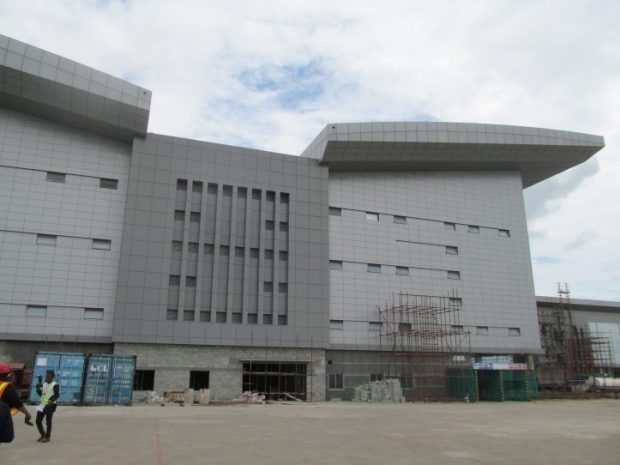 “So we are making arrangements to start payments as soon as the gestation period is over. They are not going to run the terminals, what we want to do with them is as usual, if you provide an infrastructure, there is a defect liability period which is about one year. So, they will help us train our engineers and maintain the facility for one year until the defect liability period is over. So they have to be around until our people get used to these facilities as quickly as possible.”

“We have started the training even before the commissioning of the building, but this is purely technical area. Their engineers and technicians will remain with our technicians and engineers over this period of defect liability period so that after that, they will have their hands off. So the Chinese is not going to run the terminals, we have started in Abuja and you can see that our people are running it,” the FAAN boss said.

In all, the benefits of these edifices when put to use will become significant indices and catalysts for economic growth and well as sustained development for civil aviation.

It may also help achieve the goal of making Nigeria a regional hub, when orchestrated steps are taken to achieve that as well as ensure Nigeria is moves towards achieving and meeting global aviation standards in facilitation, passenger processing and service delivery in tandem with international best practices.