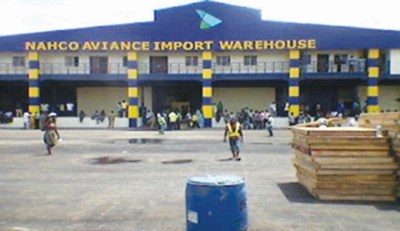 The Nigerian Aviation Handling Company Plc (nahco aviance) has described as excellent, its response to the electricity spark that nearly caused a fire in its Head Office on Friday.

Tayo Ajakaye, spokesman for the Company,  said in a statement that a power surge in its server room caused some cables to spark.

This he said, made the fire suppressant in the highly- equipped ICT strong room to respond automatically by putting out the fire and at the same time raising the alarm.

He explained that staff assembled at the Fire Assembly point while the Airport Fire advised them to stay out for a few more minutes while the smoke released by the suppressant disperses.

According to Ajakaye,  “The whole incident which started around 12.20PM was caused by a heavy surge in the public power supplied to the Company; and by 1.00PM, all NAHCO staff were back at their desks.”

He said this goes to show that the heavy investment in high tech equipment made by the Company had not been in vain.

The nahco aviance’ Corporate Communications Manager commended the immediate response of the Airport Fire Service who responded to the aborted emergency.

“We really commend the swift response of the Airport Fire Service. It goes to show that in the Airport environment, we are all one. We work together for the good of the industry and the nation,” Ajakaye added.