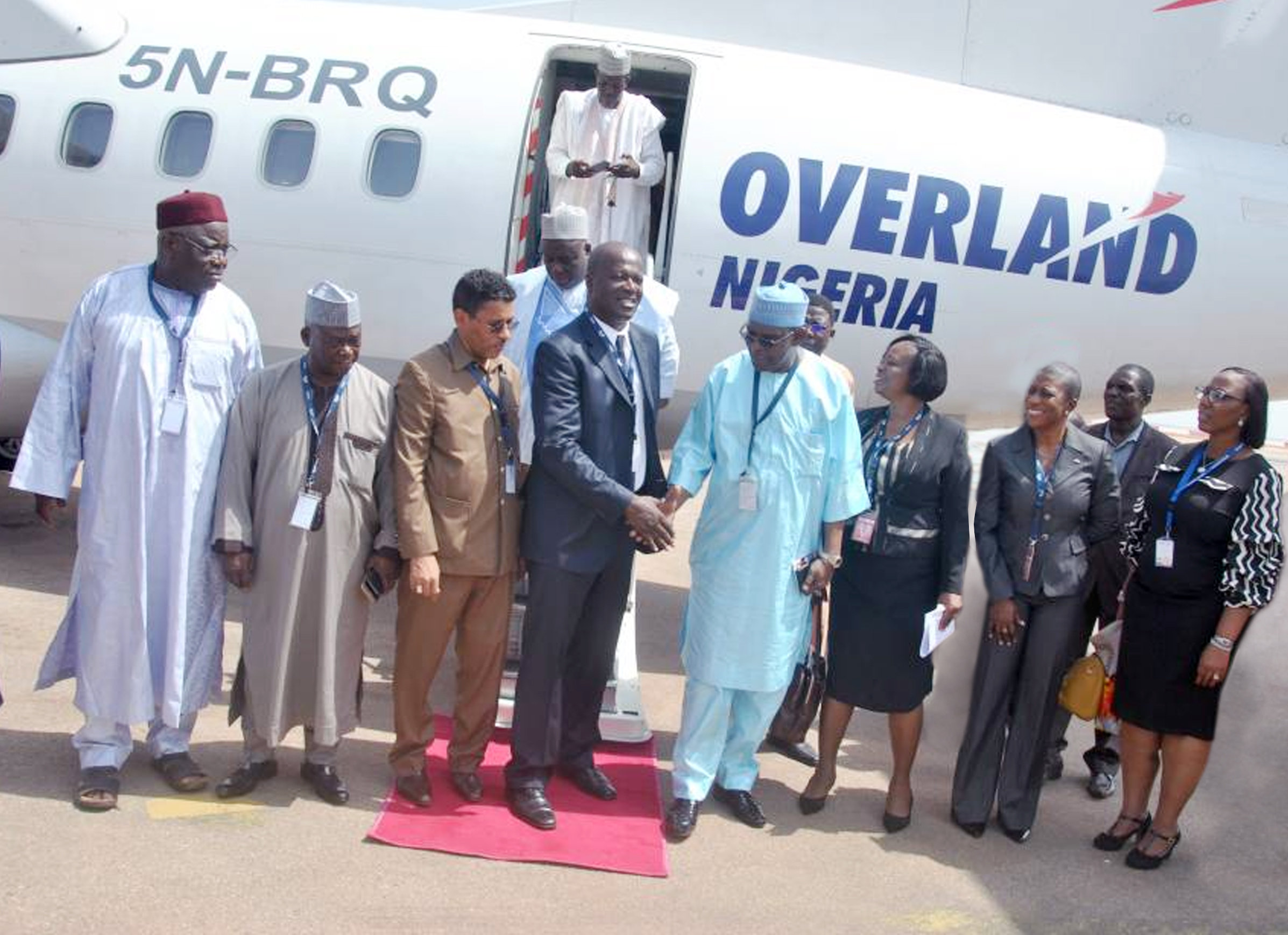 Overland Airways, one of Nigeria’s leading scheduled and charter airlines, on Wednesday, inaugurated its Lagos-Cotonou-Niamey flights.

Overland Airways’ Lagos-Cotonou-Niamey flights will offer opportunities for travellers in Niger Republic to reach Nigeria and Benin Republic for business and pleasure. In addition, passengers may connect regional and long-haul flights from the Murtala Muhammed International Airport in Lagos and Cotonou Airport to other parts of Africa, Europe, the Americas, Middle East and Asia.

She says: “We must bring to life the whole essence and meaning of the Economic Community of West African States (ECOWAS) in the region.Overland Airways’ Lagos-Cotonou-Niamey flights promise passengers top quality services across its network.”

Essentially, the Lagos-Cotonou-Niamey flights will connect traders, business people and holiday-makers to the rich farming and livestock industry, especially the Wadata Handicraft Village that presents an assortment of leather products, and milk production in Niger Republic. The country has huge mineral resources that present business opportunities, and is home to UNESCO World Heritage Sites and other historical monuments, as well as fascinating traditional celebrations that attract international guests.

The Republic of Benin is a source of agriculture raw materials and mineral resources. Its informal trade and commodity markets supported by the Port of Cotonou are fast growing in popularity among buyers and sellers on the West Coast. Lagos, the commercial capital of West Africa, with a population of about 20 million inhabitants, is the headquarters of many international businesses in Nigeria, and offers sea ports that have become West Africa’s biggest importation and exportation gateways.

The airline operates domestic flights to several destinations in Nigeria such as Ibadan, Abuja, Akure, Asaba, Jalingo, Ilorin, etc. The airline plans to continually expand its fleet and route network across Africa, and would embrace regional and international partnerships as it expands.

Overland Airways is an airline company registered to operate charter and scheduled passenger and cargo flights.