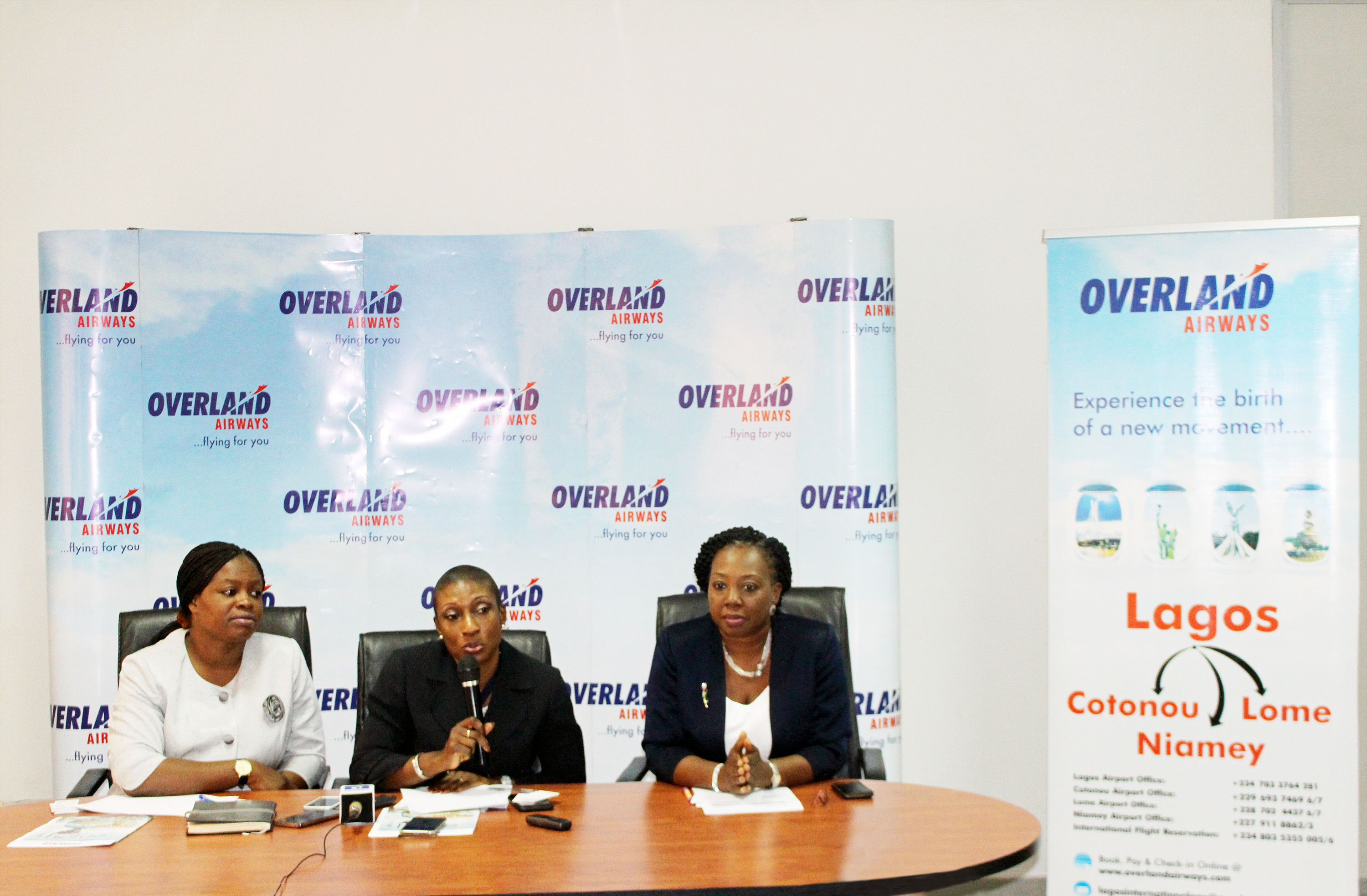 One of Nigeria’s airlines, known for breaking into fallow hinterlands across the country, Overland Airways, will from August 12, 2018,  commence its regional flight services from Lagos to Cotonou, the republic of Benin and Lome in Togo republic.

The airline said this is part of its plans to stimulate economic activities and provide integration in the West African sub-region adding that it plans to participate actively in the regional socio-economic activities, boost interconnectivity and regional unity.

She said the airline is poised to offering customers the best choice in air travel with its new flight services.

“Overland Airways operations to Cotonou and Lome are to offer choices to customers as our contribution to regional integration in West Africa. We want air travellers in the region to team up and discover each other while enjoying the excellent services we offer. It is an expression of Nigeria’s aviation renaissance in West Africa”, she said.

Speaking on the need for for the regional services,  she said, “One of the most important missing factors facing sustainable economic transformation in West Africa is smooth interconnectivity. Over the coming years, Overland Airways will facilitate a new environment for business, leisure travellers, families, students and more essentially bolster that bonding amongst the peoples and groupings in the region. There is need to reinforce unity and prosperity at the regional level.”

Mrs. Besson added that the new venture is part of the business model of the airline ‘to give access to remote and underserved routes’.

The COO, who disclosed that the airline will deploy its ATR-42 and ATR-72 aircraft, those that are suitable for the type of operations, to the new routes, added that Overland Airways has the track record of consistency and will sustain the market despite the number of players currently operating into the west coast.

“We believe the sky is wide enough for all or as many airlines as possible so every new airline is welcome, the more the airlines; the more the services to the passengers. For Overland, we are offering safe, reliable and affordable flights and at the end of the day the passenger has more choices and more options.”

Speaking on On Time Performance (OTP) and aircraft type Bello said, ” We take this very importantly, it is a key factor and we will work hard to do that. In terms of our fleet, what is most important is that they are well- maintained and our aircraft type fit well into our business model.” 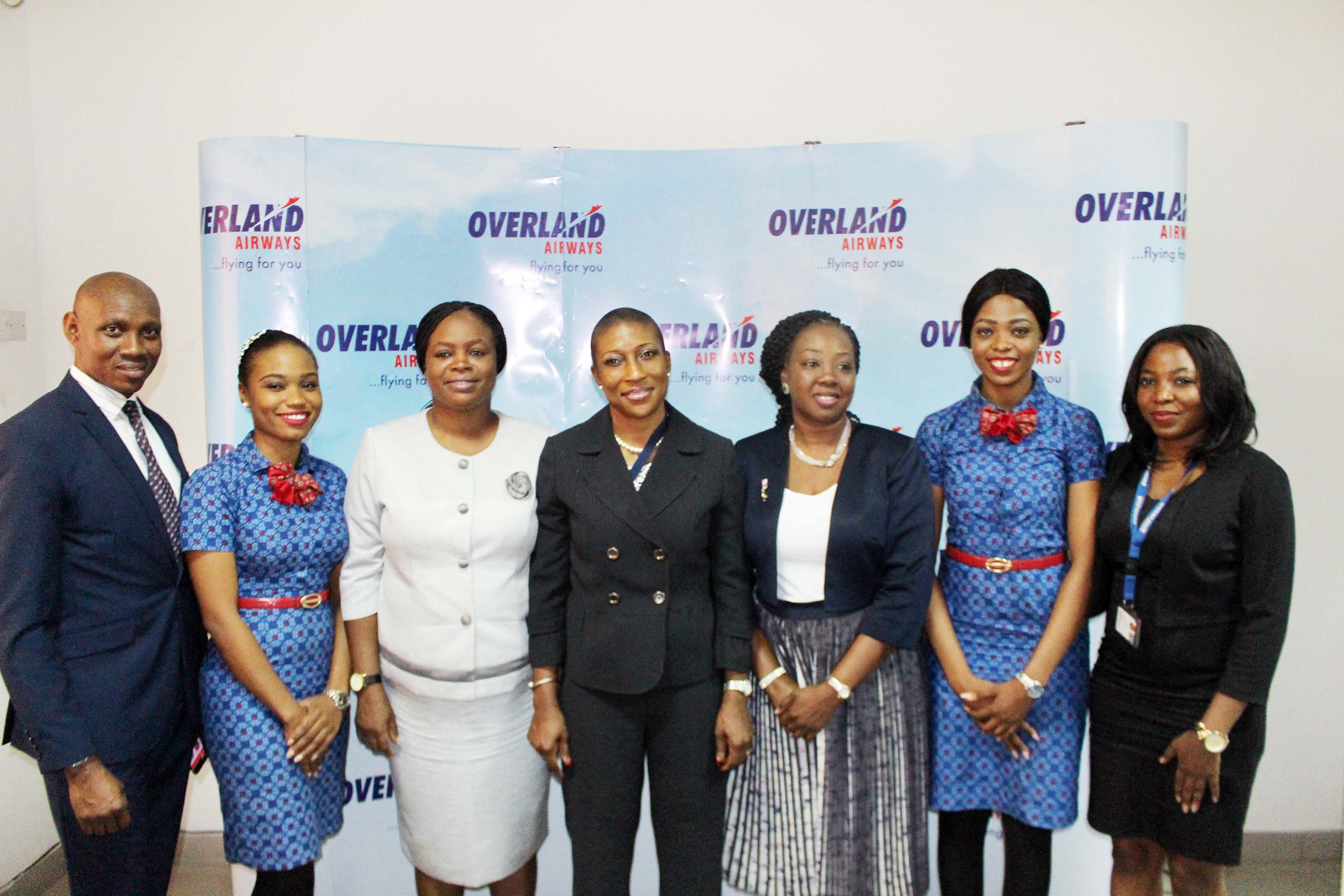 Mrs. Benson also emphasises on the airline’s commitment to serve the economy and the customer.

“We invite our customers to enjoy our premium services as we expand into the region to enable our current and new customers enjoy the Overland Airways experience in the region. We will continue to improve our services, and we are here to serve you.”

Also speaking on the airline’s focus and drove, Executive Director Mrs. Aduke Atiba, said the airline is poised to service the sub-region and was receiving all the support they desired for the operations in terms of regulation from government of both countries through their agencies.

The commencement of regional scheduled flight services marks the take-off of Overland Airways’ drive to participate actively in regional socio-economic activities and integration. West Africa is our territory and 12th August marks the beginning of domestic West Africa operations.

The airline is also a proud Member of IATA, a community of respectable Airlines dictating global best practices and standards in the world today.

Overland Airways relies on its fleet of technologically superior ATR and Beechcraft aircraft, and team of seasoned aviation and management professionals to drive its vision of providing excellent flight services in Nigeria’s and West Africa’s economies.