Overland Airways touches down in Lome amidst accolades 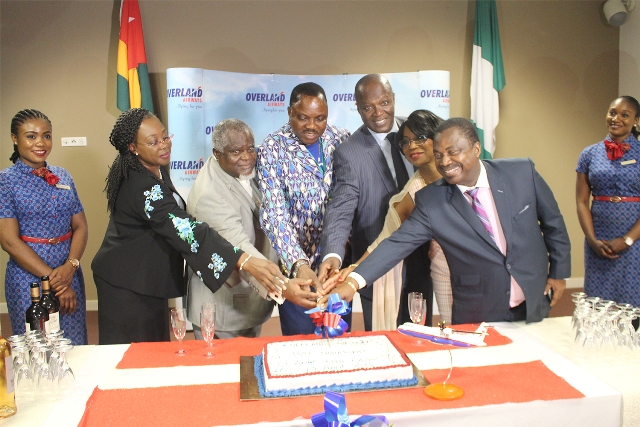 The inaugural flight was warmly received by the aviation, business and leisure communities as an essential quick-link between both countries.

Capt. Edward Boyo, Managing Director, Overland Airways, enthuses: “Today, we share the joy of connecting brothers to brothers, sisters to sisters, communities to communities. We have removed the borders between Nigeria, Benin Republic and Republic of Togo. You don’t need a visa to move from Togo to Lagos or Cotonou to Lagos, all you need is Overland Airways. So we are here for you. We shall continue breaking the borders for the good of all Africa. Overland Airways has come to Togo to stay.”

Capt. Boyo further emphasises: “It is possible for prosperity and economic development to come to our lands. We have come to Lome to stay. We are going to intensify the relationship between Nigeria, a very large economy in West Africa and Togo. There are about 400 million people in West Africa and we are not doing enough trade. Our people must trade with each other. That is what ECOWAS is all about. So the dream of our forefathers who dreamt of ECOWAS is being actualized today.” 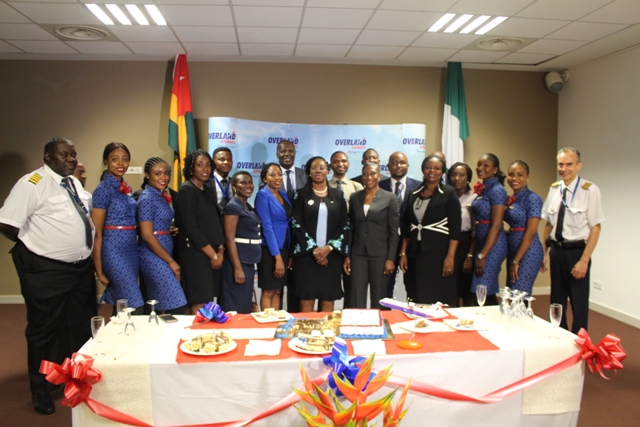 Ambasador Iji says the commencement of Overland Airways’ flights services into Togo solidifies the Bilateral Air Service Agreement (BASA) between the two countries. He explains that the initiative by Overland Airways aligns very much with the expectations of the Federal Republic of Nigeria in fostering its relationship with the Republic of Togo.

Also, Col. Gnama-Latta, who also represented Mr. Ninsao Gnofam, Togo’s Minister of Transport, says: “Overland Airways is coming into Togo at a time when great decisions like the Single African Air Transport Market (SAATM) are being taken at the African Union (AU). Interestingly, Togo and Nigeria signed the SAATM.”

He stresses the need for safe, fast and efficient means of commuting between Nigeria, the biggest country in Africa, and Togo. “For the business men and women, it is very important to leave Lome  by 8pm, arrive in Nigeria, relax your head, wake up full of energy the next day, do your trade in Nigeria and come back to Togo by Overland Airways’ flights,” he states.

The DG adds that Overland Airways is just like a national carrier for Togo. He commends Overland Airways for maintaining high safety standards over the years and congratulates the Airline for the feat achieved. Highlights of the event include the cutting of the inaugural flight cake.