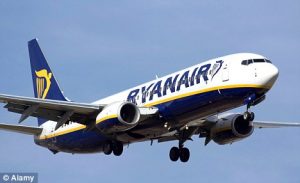 Ryanair has cancelled another 18,000 flights, affecting 400,000 passengers this winter to “eliminate all risk of further flight cancellations.”

The Irish airline will fly 25 fewer aircraft in the November 2017 to March 2018 winter season, just over 6 percent of its total fleet, as it seeks to counter the public relations fallout of what CEO Michael O’Leary recently called a “cock up”.

Ryanair is suspending flights on 34 routes during the winter, and has introduced some scheduling changes on others. All 400,000 passengers affected by the changes have been contacted and offered rebooking or a refund, the airline said.

Ryanair is faced with a pilot shortage, partly caused by moving its leave year for flight crew from the current April-March period to January-December next year. For 2017 the need to cram annual pilot leave into the nine months between April and December has led to a number of the flight cancellations. 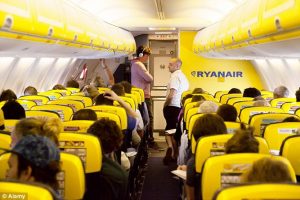 Earlier this month the airline announced it would cancel up to 50 flights a day until the end of October, affecting 315,000 passengers, as it sought to “improve its system-wide punctuality.” The latest cancellations come on top of those already planned.

In addition to the 25 fewer aircraft flying during the November 17 to March 18 winter season, 10 737s will be dropped from April 2018 as “slower growth creates lots of spare aircraft,” the airline said. Boeing is currently showing a total of 175 aircraft still to be delivered to Ryanair. It is not clear whether the slower growth will affect those orders.