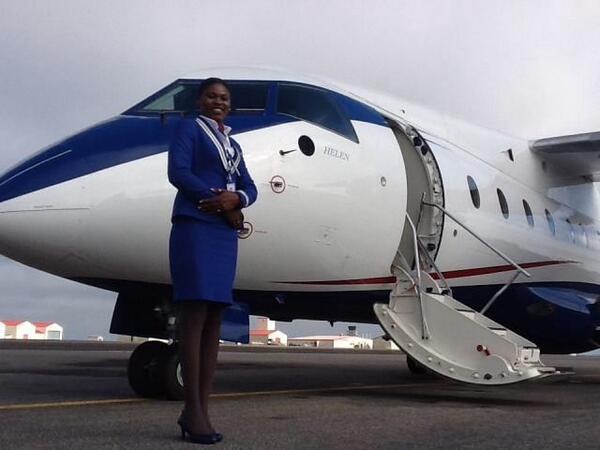 Four Passengers who allegedly damaged the property of Nigerian carrier, Air Peace at the Murtala Muhammed Airport, Lagos were on Monday charged before Magistrate I.A Abina of an Ogba Magistrates’ Court.

The passengers were taken before the court by the Police on a three count charge of malicious damage.

Two out of the four passengers, however evaded the arraignment and are now at large.

The two arraigned passengers, Mrs Halima Mohammed and one Mr Osagie , pleaded not guilty to the three count charge.

The Police alleged that the defendants had committed the offences on May 26 at the General Aviation Terminal ( GAT)  of the Murtala Muhammed Airport .

The passengers are accused of damaging a car belonging to Air Peace and assaulting a pilot while demanding compensation from the airline over the delay of their flight last Friday.

Following an application for bail filed by their counsel, the court granted a N100, 000 bail each to the passengers with two sureties in like sum.

The magistrate also fixed May 30 for perfection of bail and July 2 for mention.

Informed source disclosed that Air Peace delayed flights due to adverse weather report from the Nigerian Meteorological Agency (NIMET) on Friday, May 25, 2018.

“Given the development, our teams sent email and text messages to those whose flights were affected, notifying them that their flights had been rescheduled to different times of the day.

“One of the flights affected by the adverse weather condition was our 7.40pm Abuja-Lagos service (Flight P47135). All passengers with reservation on the flight were notified at 12.37pm on Friday, May 25, 2018 (the day of the flight – seven hours ahead of the original flight time) through the email and phone contacts they supplied at the point of booking that the flight had been rescheduled till 9.35pm to avoid a situation where they would go to the airport to wait,” an inside source disclosed”.

The source said due to the persistent adverse weather, the flight could not operate out of Abuja at 9.35pm. While the wait lasted, all passengers on the flight were duly served refreshment.

However, a particular passenger (one Yusuf Abdul) on board the flight allegedly started inciting others to violence in Abuja. The flight could only take off from Abuja for Lagos at about 11pm.

“Upon landing in Lagos, the same passenger, now joined by five others, started inciting violence. They refused to disembark after other passengers left the aircraft. All appeals to them to disembark were rebuffed.

“The six passengers eventually went to block the exit of the aircraft, insisting that the crew members must compensate them or they (the crew members) would not be allowed to disembark from the aircraft. The intervention of the pilot-in-command did not change the stance of the passengers.

“After holding the crew members on board the flight for over one hour, Air Peace had to call for the intervention of the aviation security operatives of the Federal Airports Authority of Nigeria. Appeals by FAAN AVSEC to the passengers to disembark were also rebuffed”, airline source also disclosed to newsmen.

It was learnt that after a struggle with the passengers, FAAN AVSEC operatives were eventually able to rescue Air Peace crew members from the aircraft.

But the passengers allegedly attacked the crew members in the crew bus at the ramp of the Murtala Muhammed Airport, dragging them out of the moving vehicle. Again, FAAN AVSEC’s intervention saved the day.

“FAAN AVSEC operatives later transferred the passengers, crew members and damaged car to the police station close to Arik. The DPO, however, ordered that the matter be transferred to Beesam Police Command,” the source also revealed.