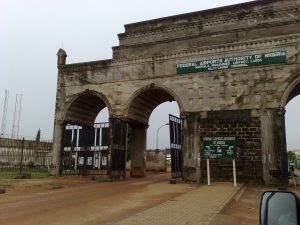 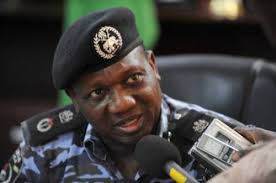 Officers from the he Bomb Disposal Unit of the Nigeria Police, Murtala Muhammed International Airport (MMIA) command, on Tuesday, blew up an unattended bag at the hajj and cargo terminal after it was left in a secluded area for over 24 hours.

Although, The Travel Port gathered that the bag after being detonated, was found to only contain books and other Islamic materials, the heavy bang  from the detonation process caused scare among other airport users while it also damaged some parts of the building housing some offices near the area.

It was learnt that the bag had been at the spot since Monday evening when some pilgrims from Lagos State arrived and processed their travels.

However, after blowing off the bag, it was discovered that the contents contained booklets left over by the Lagos State Pilgrims and Welfare Board.

The booklets it was learnt are distributed to pilgrims from the state, prior to their travelling to Saudi Arabia for the annual hajj exercise in Saudi Arabia..

Meanwhile, the Federal Airports Authority of Nigeria (FAAN),  has refuted  rumoured bomb scare explaining that at ‘about 9:30am, an unattended bag was noticed at the Hajj and Cargo terminal, after the departure of the 4th flight for the intending pilgrims. The Chief Security Officer of the Federal Airports Authority, Hajj and Cargo Terminal as well as the Bomb Disposal Unit were contacted and began the process of finding out the owner and the content of the bag.

“No one claimed ownership of the bag, so the decision to blow up the bag using an explosive device was made, which in turn caused some panic amongst the second batch of intending pilgrims waiting.

“After detonation, it was discovered that the bag contained some copies of an Islamic guide; meant for pilgrims to guide them with regards to their journey”.

Henrietta Yakubu, spokesperson for FAAN advised passengers to be cautious of their belongings, and ensure that all properties are securely kept.

She assured the general public that there was no Bomb, adding that the Hajj and Cargo Terminal is safe, secure for flight operations.