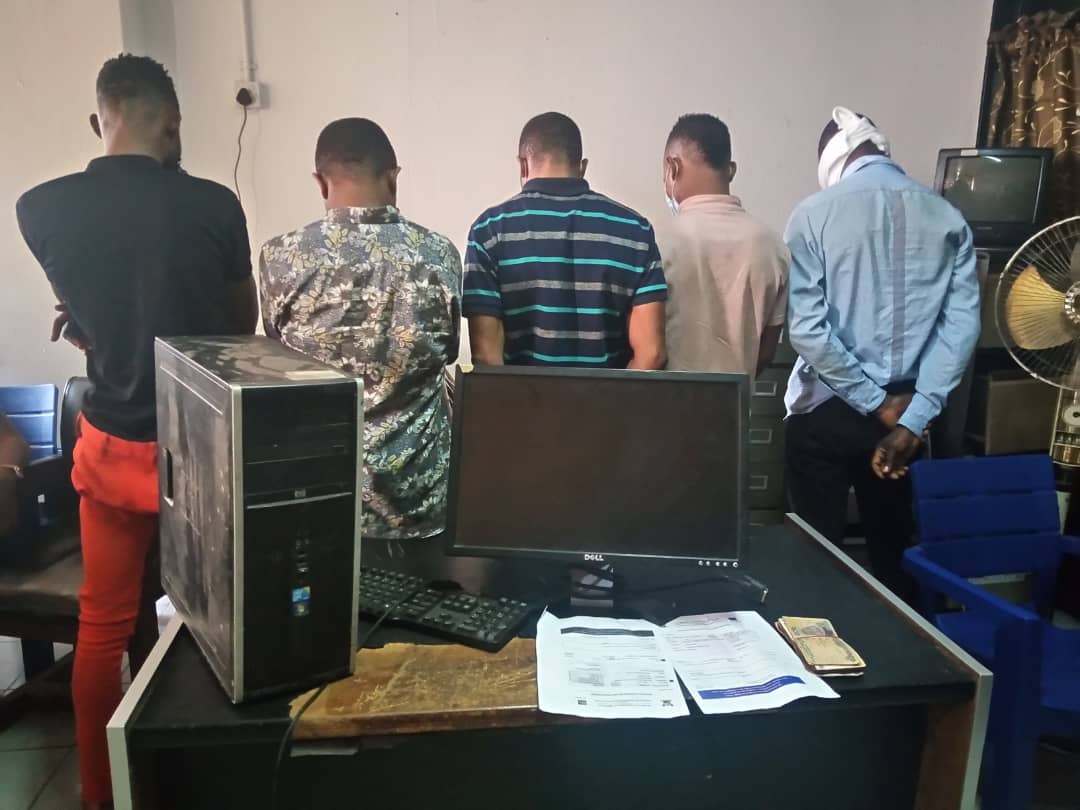 The Nigeria Police, Murtala Muhammed International Airport (MMIA), Lagos Command has arrested and paraded five Covid-19 certificate suspects at the airport, while two others are still at large.

The suspects at large are Shehu Imam and Adeola Darlington who work with Sky Blue Services limited, a cleaning service at the airport.

Briefing journalists on Thursday in his office at the airport, Mr. Bature Umar, the Commissioner, Airports Command, said that the incident occurred on February 19, 2021 at the airport where a British Airways passenger, Michael Osagbogun was defrauded of the sum of N50,000 for Covid-19 test.

According to the Commissioner, one of the suspects had approached Osagbogun promising to produce a Covid-19 test positive certificate for him.

Two of the suspects, Popoola Adewale and Adeola Darlington, who knew the airport environment well due to the nature of their jobs at the airport, he said allegedly took the victim to one of the toilet facilities at the airport where the sum of N50,000 was obtained from him under the pretext of producing a valid Covid-19 positive certificate for the victim.

Umar explained that one of the suspects, took the victim to DAT Cybercafe at No. 4, Oriyomi Street, Ikeja where a fake Covid-19 positive certificate was eventually procured for him.

But, despite the payment of the sum, he said the victim who was on his way to London, United Kingdom was denied boarding by the officials of the airline based on the fake Covid-19 positive certificate he presented at the counters.

He emphasised that the victim immediately raised the alarm, which led to the arrest of four suspects and a guarantor to one of the two suspects at large.

Umar explained that the combined team of Criminal Investigation Department (CID) and Aviation Security (AVSEC), a department in the Federal Airports Authority of Nigeria (FAAN) layed ambush for the suspects before they could be arrested.

On interrogation, Umar explained that the suspects confessed to the crime, but claimed that it was there first time of engaging in the criminal activity. 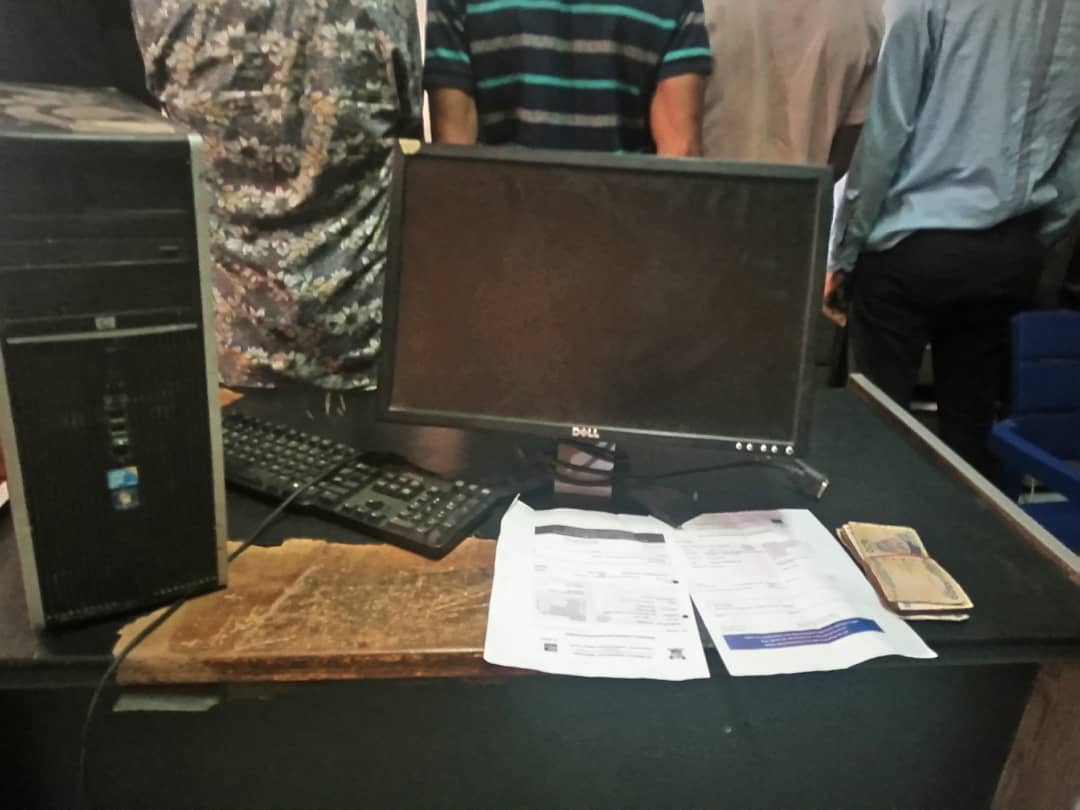 He, however, said that further investigations by the police revealed that the suspects had been in the heinous crime for several months, vowing that the command would not relent in his activities at exposing criminal activities within the airport.

He said: “Upon interrogation, the suspects confessed to the crime and the sum of N50,000, which they obtained from the victim was recovered from them, while the computer used for the crime has been impounded and will be used as exhibit in the court of law.

“The passenger as far as we are concerned is a victim. He was the one that reported the case to us after he was denied boarding by the officials of the airline. So far, the suspects are providing information that will aid investigation to the police.”

He said that the suspects would be paraded in the court of competent jurisdiction on Friday.

He advised the travelling public to the wary of activities of criminals within the airport.