Qatar Airways kicked off an important year ahead in Russia for both the airline and the State of Qatar with the touchdown of its first daily direct flight to St. Petersburg on 19 December. 2018 will be a milestone year for Russian-Qatari relations as Qatar Airways sponsors the 2018 FIFA World Cup and the State of Qatar partners with Russia for the 2018 Year of Culture programme, delivered by Qatar Museums.

At a press conference in St. Petersburg today, Qatar Airways Group Chief Executive, His Excellency Mr. Akbar Al Baker, addressed Russian and international media at the Four Seasons Hotel, where he conveyed his vision for the airline in Russia and beyond.

“Touching down at Pulkovo International Airport for the first time yesterday was a significant moment for Qatar Airways. This inaugural flight represents so much more than just a new destination on our global network, it carries with it the weight of our hope and expectations for the future of our airline in Russia and the future of our countries’ ongoing friendship and partnership for generations to come.

“As the national carrier of the State of Qatar, we are proud to fly the flag for our country wherever we go. Our presence in Russia will only be strengthened by the launch of this new route as well as by our upcoming sponsorship of the 2018 FIFA World Cup and by the 2018 Qatar-Russia Year of Culture of which we are a huge supporter.”

H.E. Mr. Akbar Al Baker also used the press conference as platform to speak out about the illegal blockade against Qatar. He said: “It puts a lot of pressure on both the citizens and the operations of a country when you blockade it – this is unprecedented since St. Petersburg was put under siege during the Second World War. This blockade is illegal because the airspace is above a certain flight level and airspace on international waters does not belong to any country. It belongs to the international community.

“This is a bullying tactic by larger countries on our country to intimidate our political thinking, our freedom, our sovereignty and our independence. They will fail because in Qatar, the people are very proud, like people in St. Petersburg during the Second World War: you were not intimidated, you persevered and you won. And it is the same thing that is happening to us. We will win this blockade and we will make sure that our independence is very strong and our sovereignty is respected.”

Pulkovo Airport Chief Executive Officer, Mr. Vladimir Yakushev, who hosted the press conference alongside H.E. Mr. Al Baker, said: “Qatar Airways coming to St. Petersburg is a new historic step in the development of Pulkovo Airport and the city’s tourism industry, and is an event of key significance in the light of the approaching 2018 FIFA World Cup to be hosted in Russia.

“With the new daily flights to Doha, the Northern capital and the cultural pearl of Russia, has gained an excellent connection to one of the most modern and dynamic global cities and through it – to more than 150 destinations in Asia, Oceania, Africa and the Americas, on Qatar Airways’ worldwide network. We are confident that the new route will be much-in-demand among the residents of St. Petersburg and Northwest Russia, as well as international travellers planning to visit Russia with leisure and business purposes alike.

“Additionally, cooperation with Qatar Airways, as one the world’s largest carriers, whose fleet has the most modern aircraft of various types and configuration, will enable Pulkovo Airport to deepen its operational expertise as a leading hub in Russia and Northern Europe.”

The launch of this daily direct service to Russia’s cultural capital will increase the airline’s number of flights a week into the country to 28. Already operating to Moscow since 2003, Qatar Airways recently increased its service to the city from twice daily to three times daily to meet growing demand.

The recent relaxation in visa entry requirements for Russian nationals into Qatar has opened up this route to even more passengers wishing to experience Qatar Airways’ five-star service to more than 150 business and leisure destinations across the world.

St. Petersburg, Russia’s second largest city after Moscow with a population of more than five million as of 2017, is increasingly recognised for its contribution to the country’s growing economy as more businesses set up offices and headquarters here. The culturally diverse city is also famed for the treasures it houses in its numerous museums including the iconic Hermitage Museum, which attracts millions of visitors every year.

With more than 10 tonnes of belly hold cargo capacity per week to and from St. Petersburg on board the A320 aircraft, which serves this new route, Qatar Airways Cargo is delighted to be further expanding its import and export services in Russia. The launch of service to St. Petersburg has increased the overall belly hold cargo capacity to and from Russia, with more than 40 tonnes being transported each way per week.

Qatar Airways will operate its daily St. Petersburg service with an Airbus A320 aircraft, which features 12 flatbed seats in Business Class and 120 seats in Economy Class. Passengers will be able to enjoy the airline’s superior entertainment system offering passengers various entertainment options.

Qatar Airways has added many new exciting destinations to its network in 2017, including Auckland, New Zealand; Dublin, Republic of Ireland; Nice, France and Prague, Czech Republic, to name a few. The airline will continue its rapid expansion throughout 2018 by adding new destinations such as Canberra, Australia; Cardiff, United Kingdom; and Penang, Malaysia to its global route map.

The national carrier of the State of Qatar, Qatar Airways is one of the fastest-growing airlines operating one of the youngest fleets in the world. Now in its 20th year of operations, Qatar Airways has a modern fleet of more than 200 aircraft flying to business and leisure destinations across six continents.

The award-winning airline has received a number of accolades this year, including ‘Airline of the Year’ by the prestigious 2017 Skytrax World Airline Awards, which was held at the Paris Air Show. This is the fourth time that Qatar Airways has been given this global recognition as the world’s best airline. In addition to being voted Best Airline by travellers from around the world, Qatar’s national carrier also won a raft of other major awards at the ceremony, including ‘Best Airline in the Middle East,’ ‘World’s Best Business Class’ and ‘World’s Best First Class Airline Lounge.’ 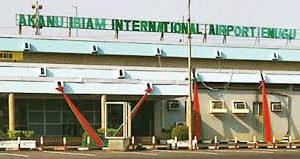 As part of its comitment to provide world class internet service experience, Spectranet ...