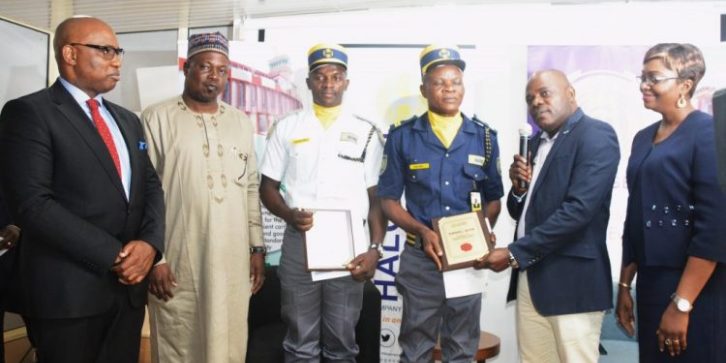 Mr. Achi Daniel, the junior security guard of Halogen Securities Limited who found a bag containing dollars, jewelries and other documents at the multi-storey car building at the Murtala Muhammed International Airport (MMIA), Lagos has said that it was not his first time of returning money in foreign currencies to their owners

This is as the management of the security company, Halogen, has given Daniel and his supervisor, Francis Emepueaku, education scholarship and the sum of N250,000 as rewards for sincererity.

Speaking with journalists on Thursday in Lagos at an event organised to reward the duo, Daniel who said that he had worked at the Federal Palace Hotel in Lagos, explained that he had returned sums recovered during his duty to their owners before now.

The new items were discovered at the car park on Saturday 18, 2018 in the evening by the two security guards.

“If the money was in multi-millions of foreign currencies, I would still have returned it. I saw the bag on a trolley and I said to myself that somebody must have forgotten it there; it was not padlocked and without opening it, I went to the ground floor with the bag to meet with my supervisor.

“Inside the bag, I saw a mobile phone, jewelries and huge amount of money in dollars and several other documents. At that point, we went straight to the manager’s office who now put a call through to somebody in Atlanta Georgia, who happened to be the daughter of the owner of the bag.

“When they returned, they were jittery that some of the items in the bag may have vanished, but after crosschecking it, she discovered that everything was intact and the family attempted to give us some amount of money as a form of appreciation, which we rejected, telling them that we were doing our job.

“It never crossed my mind to steal the money and I wouldn’t have done that because it wasn’t my first time of finding such and returning to the owners. No amount of money would make me to take what doesn’t belong to me. I believe my own time will come and at the right time.

He urged other Nigerians to emulate his character, insisting that it pays to be good.

Also speaking at the event, Engr. Saleh Dunoma, the Managing Director of FAAN, said that several other related cases had been recorded at the nation’s airports.

Dunoma, who was represented at the event by Engr. Salisu Daura, Director of Engineering Services, FAAN said that the act gives confidence and credibility to the agency’s security profiling system.

He emphasised that the duo would forever be remembered in the annals of the industry as role models, reference points, shining lights and good ambassadors.

“Some others may look at you and tag you stupid, but I want to assure you that by virtue of this act, you have secured seats for yourselves in the comity of those with credibility and integrity. I hereby want to advice other staff to emulate this great virtue and become role models just like these two,” he said.

Also at the event was Dr. banji Oyegbami, a medical practitioner who had gone to the car park to pick up his friend and his family who returned to the country for a burial programme. 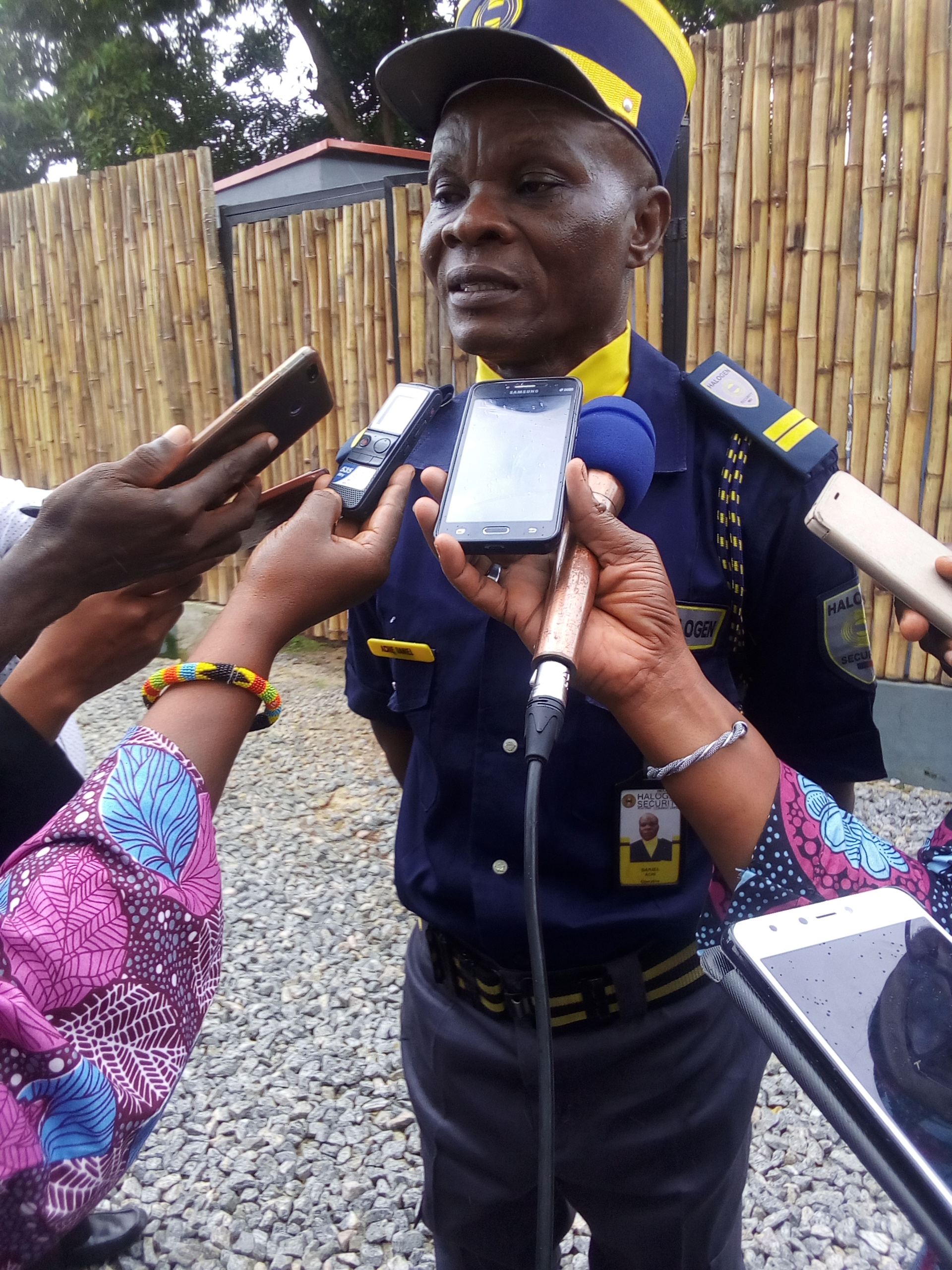 According to him, he had parked his car on the first floor of the car park and waited for his guests to arrive, which took another one hour and the team moved towards the car park to commence their journey out of the airport.

But, over an hour after driving, his friend who he declined to mention his name received a call from his daughter in United States about a found bag, which incidentally belonged to the wife.

He added: “It was only then that my friend’s wife realised that her bag was missing. To confirm the information, I called the missing phone and it was picked. The receiver confirmed that the bag was with him. He gave his name as Mr. Francis and that he is the supervisor of the park.

“We headed back to the airport with speed and shortly we met Francis who after confirming madam’s identity narrated the story. A junior officer of Halogen Securities Mr. Achie Daniel found the bag and gave it to his supervisor as lost and found item.

He also confirmed that all the documents were intact as at the time it was returned to them by the security guards.