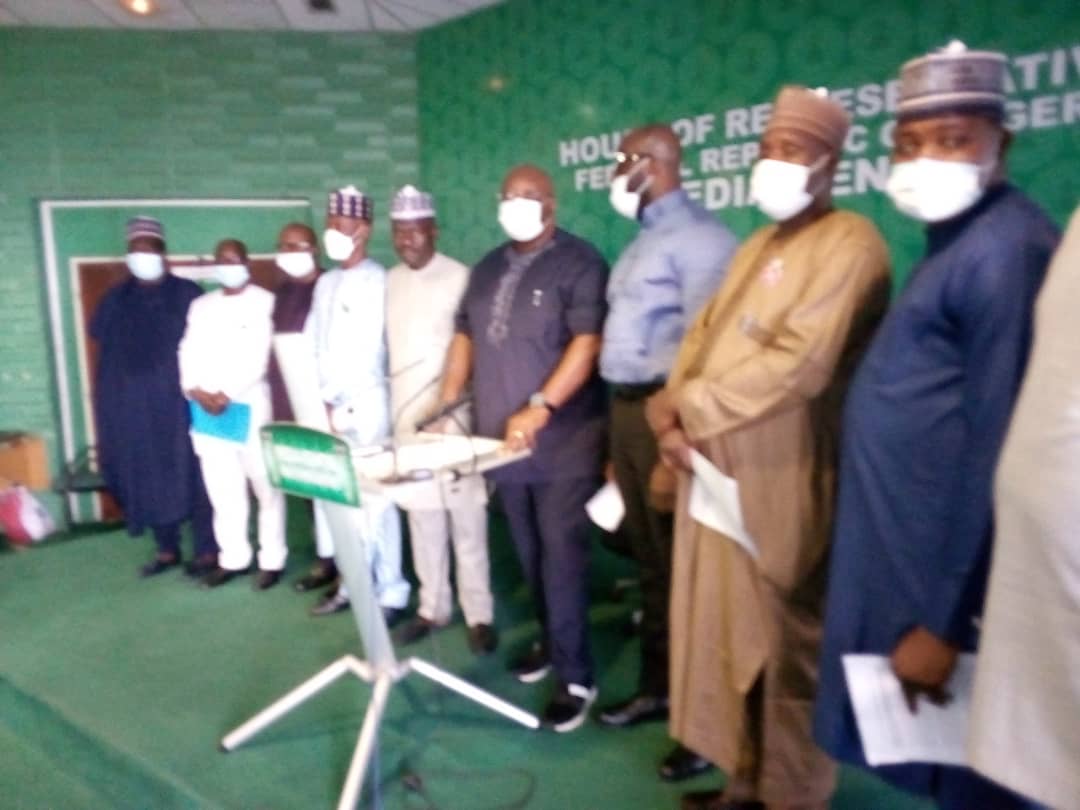 The House of Representatives Committee on Aviation has proposed a bailout amount of N50 billion to be released to the airlines to save them from total collapse and to also avert their threat of shutting down operations which would have severe consequences on the overall economy of the country.

This is against the meagre N4 billion promised by the Federal government which is yet to be released.

This is just as the committee condemned the continued collection of import duties on imported commercial aircraft and spare parts despite the the President Muhammadu Buhari’s executive order exempting them.

The committee led by its cahirman, Honourable Nnolim Nnaji during a press conference on Monday also frowned at the persistence imposition of value added tax, (VAT) on importation of aircraft and spares by Federal Inland Revenue, (FIRS).

Speaking further through the chairman, Honourable Nnolim Nnaji, the committee stressed that the just concluded public hearing on civil aviation amendment Bills brought to the fore the mirads of challenges facing the domestic airlines which required urgent attention to save the industry from total collapse.

Honourable Nnaji chronicled other problems confronting the airline operators thus: inability to access foreign exchange at the official rate, hight cost of funds and lack of single digit lending interest rate, multiplicity taxations, fees and changes, multiple entry points and frequencies granted foreign airlines and the externalisation of insurance placement for domestic airlines as well as the unnecessary delays they suffer for weeks in clearing aircraft on ground, (AOG) spare parts for aircraft.

The continued rising cost of aviation fuel, (JET-A1), over regulation of domestic airlines and inadequate night landing facilities in most of the airports which reduces the airlines’ operating flight hours among others were also part of the concerns raised before the committee by the airline operators.

Honourable Nnaji noted that as a Parliament, “we are going to look into these demands and more especially to find out why the Nigeria Customs Service would not respect the president’s Executive Order on duty exemption meant to lighten the burden of the airlines”.

He maintained that, ” if developed countries could give bailouts in billions of dollars to their airlines to cushion the impact of coronavirus, with all the incentives at their disposal, you can understand what our airline operators are going through without help”.

According to him, America, Canada, Brazil, Rwanda, Senegal, India, China, Korea, United Kingdom and several European countries injected funds into the aviation sector because they understand the importance of the sector in their national economies.

He recalled that in the wake of the coranavirus pandemic, the International Civil Aviation Organization, (ICAO) canvassed for continued financial and regulatory support, particularly financial relief that does not increase industry debt levels through direct cash injection,credit or loans and discounts on user charges to support airlines over the restart and recovery period.

Honourable Nnaji said, regrettably, only the following African countries, Rwanda, Senegal, Cote d’ Ivorie, Burkina Faso and Cape Verde responded while Nigeria’s megre N4billion promise is yet to be released to the airlines.