Reps to speed up passage of aviation bills, commend NAMA for safety of airspace 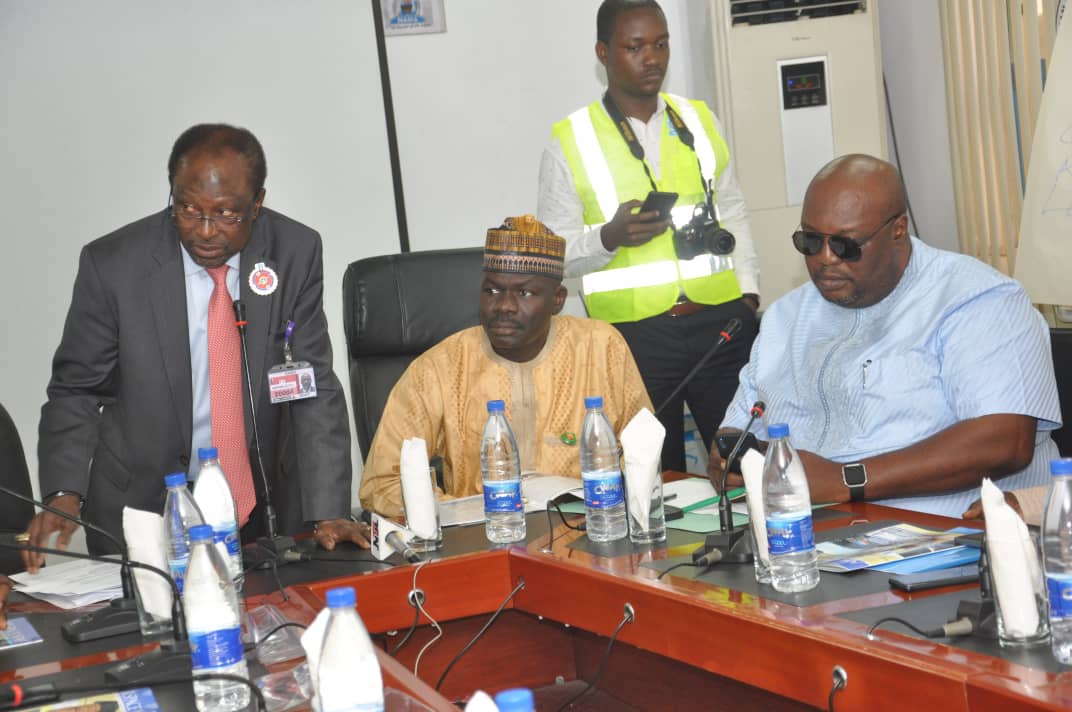 The House of Representative said it will speed up the public debates needed to fast track the National Assembly consideration and passage of six Aviation Bills it received from the President, Muhammadu Buhari recently.

The lower chamber of the parliament also said it will ensure speedy passage of amendments that will support the country’s aviation sector, most especially the provision of navigational aids and projects that will boost the safety and security of across airports in Nigeria.

Chairman, House committee on Aviation, Mr. Nnolim Nnaji made the disclosure when he led members of the committee on an oversight function and on the spot assessment of facilities and equipment of the Nigerian Airspace Management Agency (NAMA) in Lagos on Wednesday.

Mr. Nnaji said “NAMA is a very critical agency that provides air navigational aids as such the national assembly is open to support  the agency, whatever we can do, both from the legislative point and otherwise, we will speed it up. We have a bill that was sent by Mr. President; very soon we will call for the public hearing on it.”

President Buhari had on November 19th 2019 transmitted a letter to the National Assembly seeking the consideration and passage of six Aviation Bills.

Meanwhile, the committee members commended NAMA for the upgrade of equipment and facilities for air navigation in the country’s airspace, they urge agencies in the industry to come together to push the industry foairspace

“It is highly commendable that we have such equipment on ground, but we also believe that with government supports, those facilities need to be upgraded, other airports across the country need to follow suit, not just Lagos, Abuja and Port Harcourt. When budget implementation of 2020 will commence, those issues the MD mentioned will be taking into consideration.  We are also looking at the Internally Generated Revenue which we also believe we will pass, if we pass the IGR and the budget allocation, they can do a lot of things.”

He added that “the critical thing for NAMA in the short term is the passage of the NAMA act so that it will conform with the modern trend and oversight what they are doing.”

Earlier, the Managing Director of NAMA, Captain Fola Akinkuotu had urged the committee to pass the bill and modification as required as well as in funding to be able to catch up with some of the areas NAMA need more funding.