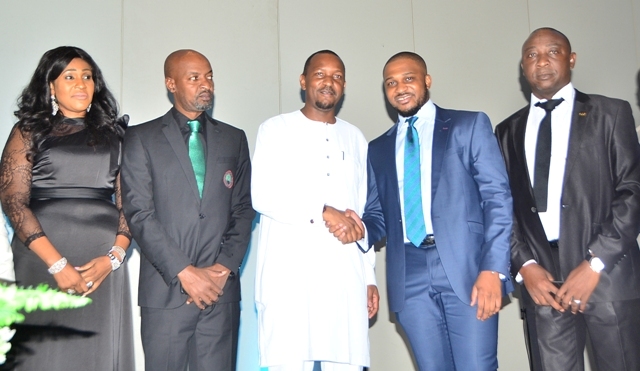 As part of efforts to ensure that Nigerians travelling to Russia for the  2018 FIFA World Cup get value for their money and  give them good travel experience to  Russian, Geo Travels and Tours, a leading travel company in Nigeria, has partnered the Nigeria Football Federation (NFF) in that regard.

Geo Travels and Tours has over 10 years experience in inbound and outbound travels.

Mr. Alex Ekeoma, a director in the company, disclosed this at a media brief to announce the organisation’s partnerships, upcoming events, new services, introduce the entity to the media and explain what the company does.

He said Geo Travel and Tours is the official travel partner to the NFF for the FIFA 2008 World Cup in Russia and that at Geo Travel and Tours, “we believe that it is the job of a travel agency to not only offer its customers the most enjoyable trips possible, but to also give them a travel experience where their personal comfort is enhanced and their travel needs are met in a manner that is convenient to them, speedy and cost-efficient”

He added that this is the reason the travel agency offer its customers a personalised yet cost-effective travelling experience.

Ekeoma explained that the event with the theme, “Road To Russia” is geared towards connecting football- loving Nigerians to the Nigeria national team; The Super Eagle, when they face their opponents in Russia, adding that its support is not only critical but also strategic.

“It is important to make the Super Eagles feel the presence of the home support by turning up a massive crowd in Russia. Geo Travel and Tours will collaborate with the local football loving community to give our full support to the Nigerian football national team by flying proud supporters to Russia to cheer on and support the Super Eagles.”

He stated that Geo Travel and Tours in its commitment to redefining travel and tourism and reintroduce Nigeria to the world would present packages that football Nigerians and supporters can choose from to make it to the World Cup with packages starting from as low as N500, 000.

“Nigeria will also have the option of choosing from a number of customized packages  that gives them the flexibility of choosing to see the first ,second or third  game only or a combination of the first and second games ,second and third or all the games,” e added.

On her part, the Head of Business, Geo Travel and Tours, Damilola Osikoya, said that the company’s partnership with NFF is the travel agency’s own way of making travelling to the World Cup as easy as a phone call.

She explained that Geo Travel and Tours would also adopt a flexible payment plan for Nigerians hopping to book now and pay at a later date.

She added that Geo Travel and Tours in collaboration with Crenov8, a leading management and digital consulting firm will also be hosting two major events in 2018;the Geo Celebrity Crush Easter Dubai Tour in the first quarter.

The is a celebrity tour promoting Africa pop culture in Dubai for the fans as well as the general public while the Meet the Farmer Conference in the final quarter of the yera is an annual conference focused on agriculture aimed at  connecting  large scale agro commodity producers to buyers alike.

Also, speaking, the President of NFF, Mr Amaju Pinnick , stated that NFF had embarked on several programmes including friendly matches to ensure the Super Eagles excel in Russia 2018 World  Cup.

Dikko, who is also the Chairman of the League Management Company (LMC), while speaking at the event said, “We want to get more people as possible to go to Russia and support the Supper Eagle to achieve victory.

He continued, “We will give Geo Travel and Tours all the support to ensure it delivers what it promised.”

Dikko stated that the travel company was working with the travel plans of the NFF to take Nigeria soccer lovers to Russia to support the Super Eagles.