SAHCOL:  why Ridwan Kadri’s appointment as MD was not renewed 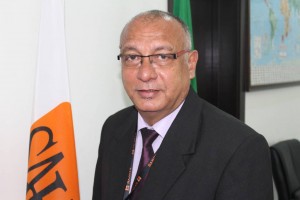 The Travel port gathered that Kadri left the company in November 2017, after his contract expired. It was however not renewed.

In another development, the management of the company debunked rumours that it was refusing to list on the Nigerian Stock Exchange (NSE), saying it was ready to do so.

Speaking to The Travel Port on both matters, Agboarumi said SAHCOL only decides whether or not to renew Kadri’s contract adding that there was no issue during and after his tenure.

He added that he had simply carried out what he was brought in for and the company decided to end it there after two years.

“His contract with the company ended in November 2017 and the company can decide whether to renew or not to renew but he has done what he was brought in to do at that time and the company has to move on. There was no issue at all, in fact when he was leaving, the company appreciated him for his contributions, so he has moved on. His contract was for two years, he had no issues”, he said.

Kadri, who was Chief Operating Officer at SAHCOL, was announced the MD in December 2015 before his appointment was confirmed.

On the visit of officials of Bureau for Public Enterprises (BPE) to SAHCOL two days ago over alleged refusal to enlist on the NSE as stipulated in the Act of the bureau, Basil said company was all ready to go to the NSE.

“We are favouravle to going to the NSE, please, the BPE will confirm this to you”, he said

SAHCOL, which was a department under the defunct national carrier, Nigeria Airways was privatised in 2009, nine years ago and was supposed to have been offered to the public since 2014.

It was learnt that the Officials, led by the Director of Post Privatisation, BPE, Mr. Ibrahim Chiroma Baba were in SAHCOL on Friday to enquire on why the company was yet to be enlisted on the floor of NSE, contrary to BPE Act, which stipulated five years for every government organisation that is privatised.

The Acting Managing Director, SAHCOL, Mr. Basil Agboarumi, it was gathered, led the management team to a closed door meeting after the BPE officials had toured the facilities of the ground handling company.

A source close to the meeting confided in our correspondent that rather than the 41 per cent expected to be owned by the Chairman of SAHCOL, while the remaining 51 per cent goes to the public, it was gathered that the company had allegedly reached an unclear agreement with BPE to sell only 20 per cent of the shares to the public and the staff while he retains the remaining 80 per cent.

Basil added that the management was waiting for BPE to come up with modalities for the company to be enlisted into NSE.

“The BPE came in to see if the time has come for them to sign up and in signing up means we have to shed a percentage of the share to the public. The ball is now in their court, ” he said.