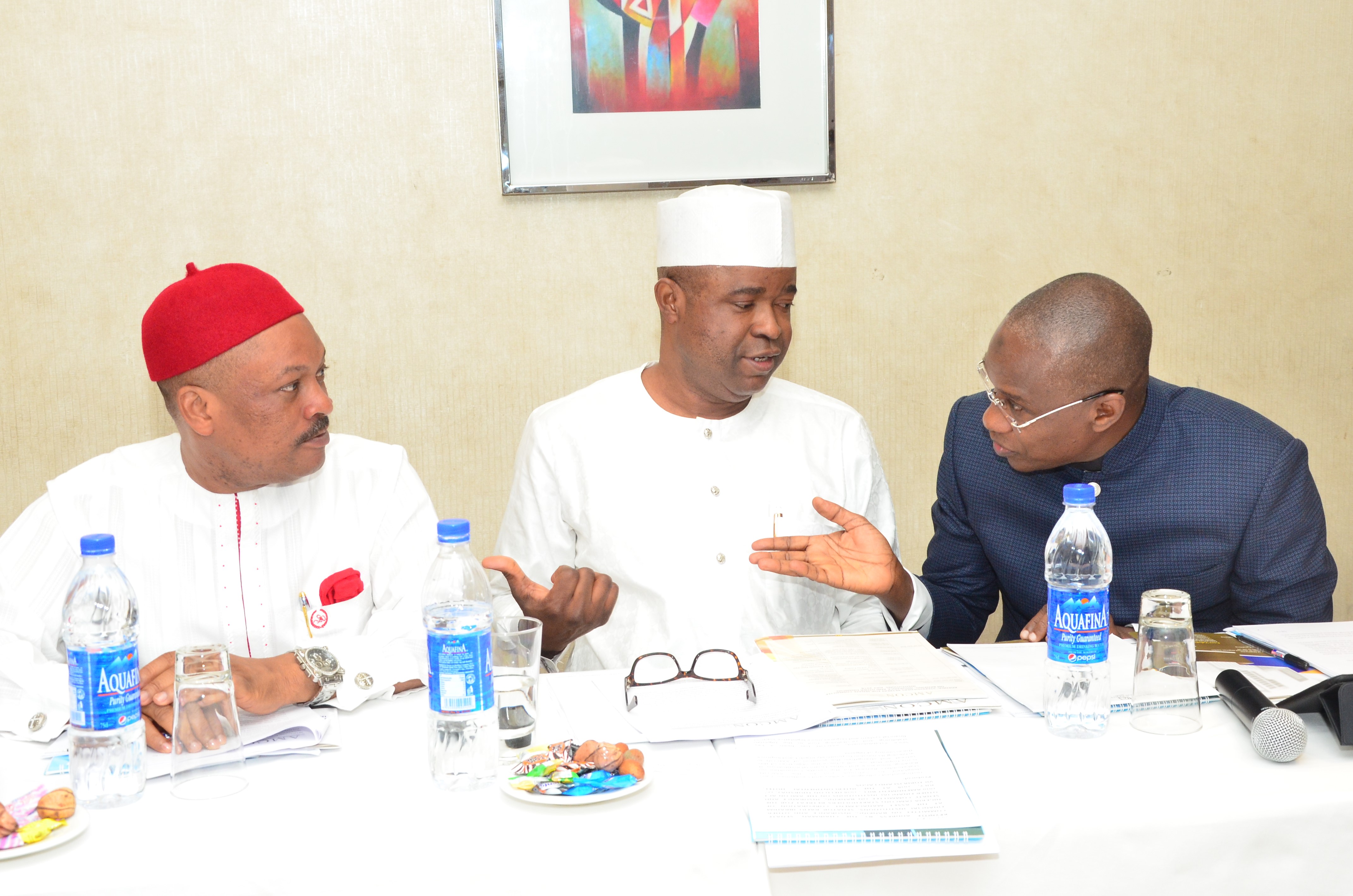 The Chairman Senate Committee on Banking, Insurance and other Financial Institutions, Senator Rafiu Adebayo Ibrahim, has said that Nigeria can be made great again, if the legislature as a matter of urgency empowers the Asset Management Corporation of Nigeria (AMCON) to go after recalcitrant obligors.

He said that is the only way AMCON can meet its mandate of achieving the tough mandate for which it was set up in 2010.

He said since AMCON over the past seven years have done its best to resolve these debts but are   still encountering resistance from obligor, the 8th Senate of the Federal Republic of Nigeria under the able leadership of Senator Dr. Olubukola Saraki, would have not option that to urge AMCON to compile and publish the list of all these debtors on major daily newspapers in the country. The move, he argued would place before Nigerians those who are holding the nation’s economy to ransom since they account for 80 per cent of AMCON’s N4.8trillion obligation.

The Senator, who spoke today at the opening of a 2-day retreat at Intercontinental Hotel, Lagos where they convened to discuss the all-important AMCON Act Amendment Bill, hinted that the Upper Chamber, as part of its oversight function, has decided that AMCON at this critical time in its lifespan must be given all the support it requires to perform as expected by all Nigerians.

He however urged the Management of AMCON to collaborate with the Federal Ministry of Finance (FMF), the Central Bank of Nigeria (CBN), and the office of the Attorney General of the Federation to propose that the President of the Federal Republic of Nigeria and Commander-in-Chief of the Armed Forces issues an Executive Order on seizure of assets of persons who are indebted to AMCON.

In a keynote address he delivered at the commencement of the retreat, Sen. Ibrahim said the upper chamber is intent on having serious discussions as soon as possible with major stakeholders such as the CBN, the FMF, the Nigerian Deposit Insurance Corporation (NDIC) and relevant committees from the legislature among others, where issues hindering AMCON from performing optimally including the funding model of AMCON would be discussed to enable the recovery agency of the Federal Republic of Nigeria finish its assignment on a high.

According to him the Upper Chamber will at this stage bare its fangs by amending the AMCON Act because AMCON has been a key stabilizing and re-vitalizing tool in the Nigerian financial system and so will be supported by the legislature to enable the Corporation achieve its statutory objectives. He said the legislature therefore supports the proposed plan by AMCON to publish the list of especially the 350 obligors that accounts for nearly 80 per cent of the total huge debt of AMCON.

Earlier in his presentation, Managing Director/Chief Executive Officer, AMCON, Mr. Ahmed Kuru reminded the Senate Committee that the ramifications for failure by AMCON to recover its debt, principally owed to the CBN, cannot be quantified as it goes beyond economic cost. He disclosed that AMCON’s total debt obligation of N4.8trillion represents more than 55 per cent of the 2018 national budget.

Given the current demands on the Federal Government therefore, Kuru said he is convinced that it is doubtful that the government can afford to expense AMCON’s debt in the short term.

It was for that reason, AMCON, after seven years of negotiating with the obligors with no commensurate recovery result, has decided to change its strategy, which now pays strict attention to enforcements as a way of compelling especially the recalcitrant obligors to come and pay up their debts.

To achieve this however, Kuru said the Corporation will be heavily dependent on the legislature, most especially members of the committee to facilitate the amendment of the AMCON Act since most obligors of AMCON that are politically exposed and business heavyweights now employ different antics in law to tie the Corporation up in courts.

Further highlighting other challenges faced by the Corporation, the AMCON CEO, again said, “One of the major areas for amendment is the matter of vesting proprietary interest of all collateral assets acquired by AMCON from commercial banks. The proposed amendment will have retrospective effect. The vesting of proprietary interest of all collateral assets in the resolution vehicle was implemented in Malaysia and was instrumental to their success in recovering debt obligations.

“Our second challenge has to do with the disposal of assets due to the economic downturn. AMCON’s current assets under management (AUM), that is assets obtained from debt resolution, has a book value of N182 billion, which we are unable to sell. Our ability to successfully divest these assets, at competitive market price, is severely hampered by several factors including valuation methodology, unperfected title documents, state of the economy, purchasing power.

“The third challenge is the uncooperative attitudes of select obligors who are either unwilling and/or unable to settle their indebtedness. Such debtors prefer to resort to all manner of diversionary tactics as opposed to dealing with the problem of their indebtedness. It sees most of them are buying time, to where we do not know.”

Kuru also stated that from all indications, AMCON has in the past seven years exhausted the low hanging fruits and have had to roll up sleeves for a drawn out battle because it has become harder to get obligors to settle their debts.

Throwing more light on this, the AMCON boss said, “To clarify, obligors indebted to AMCON for the sum of N1.3 trillion have sued us in various courts in Nigeria raising technicalities to avoid meeting their obligations. This has hampered our recovery efforts and our objective of obtaining the best achievable financial returns on assets acquired from the banks.”

For that reason, he informed that AMCON had presented the issue with 350 accounts that represent about 80 per cent of AMCON’s current exposure of N3 trillion as at May 31, 2018. AMCON, he said is still grappling with the issues that are multi-faceted, which consequently led the Corporation to reposition its debt recovery approach to focus on enforcement against obligors who are not willing to settle amicably.

In conclusion, Kuru said, “I will like to emphasize, once again, that the ramifications for failure by AMCON to recover its debt, principally owed to the CBN, cannot be quantified as it goes beyond economic cost. AMCON’s total debt obligation of N4.8trillion represents more than 55 per cent of the 2018 national budget. Given the current demands on the Federal Government, it is doubtful that it can afford to expense AMCON’s debt in the short term.”