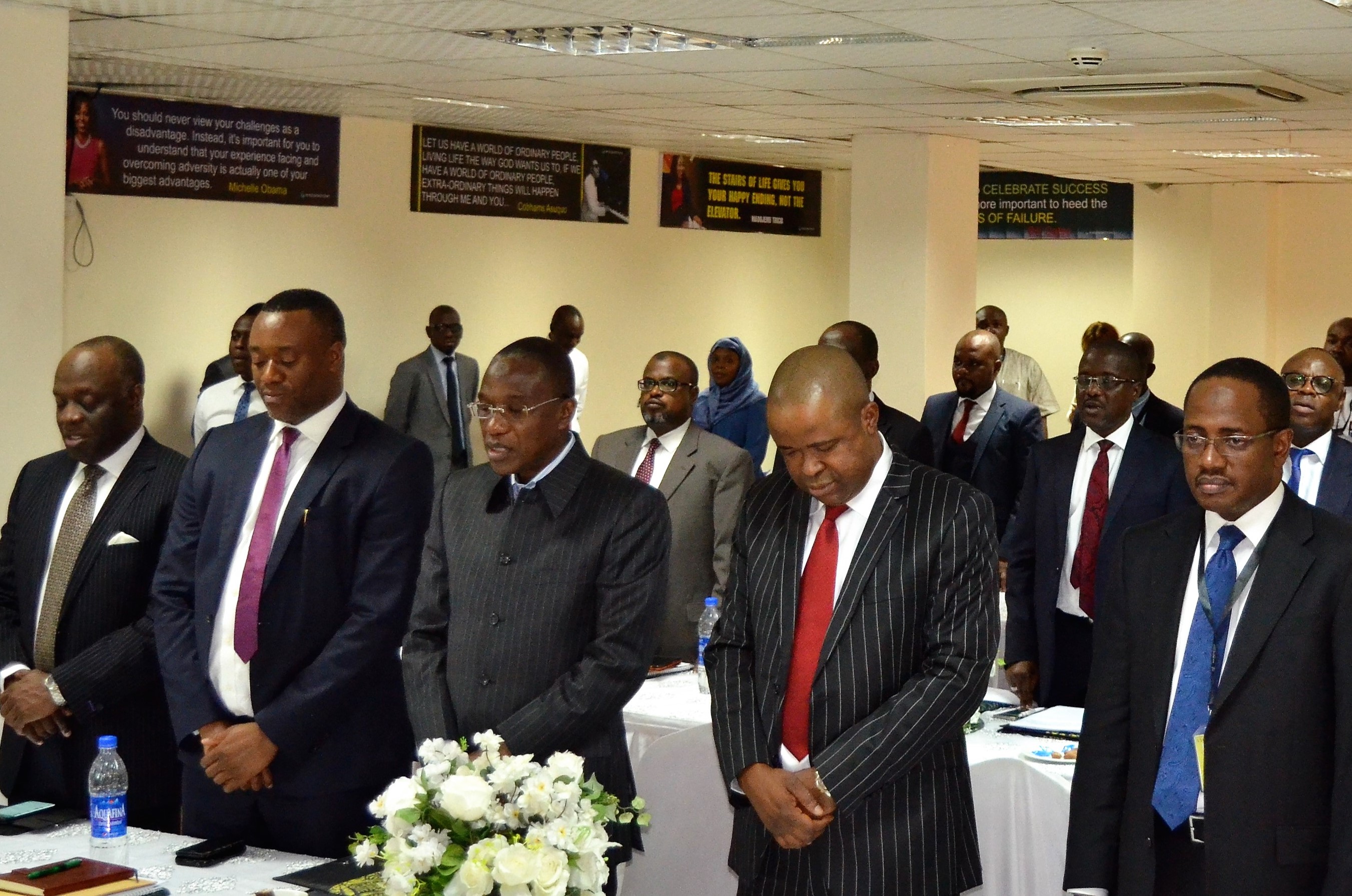 Chairman, Senate Committee on Banking, Insurance and other Financial Institutions, Senator Rafiu Adebayo Ibrahim, has disclosed plans by the 8th Senate, under the leadership of Dr. Bukola Saraki, to do everything it takes to empower the Asset Management Corporation of Nigeria (AMCON) realise the tough mandate given to them by the government and the people of Nigeria.

The Senator, who spoke on Thursday at the opening of the Committee’s retreat at the NAF Conference Centre, Abuja stated that the Upper Chamber, as part of its oversight function, has decided that AMCON requires more support from the legislature if indeed Nigerians expect the Corporation to succeed in line with its sunset clause.

Reading from the keynote address he delivered at the commencement of the retreat titled, “AMCON as a catalyst for Economic Recovery,” Sen. Ibrahim said the upper chamber is intent on having serious discussions as soon as possible, which would AMCON further enhance its recovery mandate.

The Senator, who said there was no better time to redress the issue than now that the country is technically coming out of recession added, “Since inauguration, AMCON has been a key stabilizing and re-vitalizing tool in the Nigerian financial system and requires more support from the legislature to achieve its statutory objectives. This is the main reason why this retreat has been convened with the Senate Committee on Banking, Insurance and other Financial Institutions.

“In this retreat, we hope to make a case for AMCON to take on a larger and more proactive economic responsibility especially given its special place in the economy. To this end, serious conversation needs to occur on how best AMCON can intervene in the current economic situation of Nigeria beyond asset recovery.”

He further disclosed that the fall out of the discussion at the end of the retreat would lead to pronouncements from the 8th Senate, which would comprehensively empower AMCON to better carry out its functions. Again he affirmed, “…this subject of expanded functions presents an opportunity to further strengthen collaboration and align the objectives of AMCON to the pressing demands of the country”.

He stated that it was safe to say that AMCON has drawn from its proactive and interventional roots in a time of economic crisis for it to take on this new expanded economic role that transcends the banking sector, and seek to revitalize an entire economic system in recession.

He said the 8th Senate is heavily interested in the activities of AMCON because the leadership of the current Senate from inception conceptualized and mapped out its legislative agenda with economic recovery bill as top priority. According to him, such bills would help the country to raise credit availability and quality risk assets, which is in line with the job AMCON is doing for the nation.

While commending the Management of AMCON led by Mr. Ahmed Kuru, Managing Director/Chief Executive Officer, for the work done so far despite the challenges that confront them, Senator Ibrahim added, that all stakeholders should indeed support the Senate because the nation’s economy would be rebuilt as a result of key resolutions that would be adopted and decisions that would be made to empower AMCON.

Earlier in his address, Kuru reminded the Senate Committee that having fully harvested the low hanging fruits in the first and second stages of AMCON operations, the success or failure of the Corporation at this stage would be heavily dependent on the legislature as well as the judiciary because most obligors of AMCON are employing different antics in law to tie up the Corporation in different courts.

He stated that since AMCON is a creation of the Federal Government through the Act of the National Assembly, the Senate must find a way to encourage the judiciary to apply wisdom on AMCON related cases by focusing on substance rather the current diversionary tendencies that are stalling recoveries and destabilizing the Nigerian economy.

The AMCON CEO said, “There is need for a change of strategy. This job is not an easy assignment by any definition because every obligor has a perception of AMCON and are willing to tie us up in court. That is why you see that every week we have fresh enemies. Therefore we need very strong legislative framework, which would for instance make it possible for all AMCON cases to terminate at the Appeal Court.”

According to him, if the 8th Senate allows the current legal processes on AMCON-related cases to drag-on as it is presently, he said he does not see AMCON meeting its obligation before its sunset in the next five years.