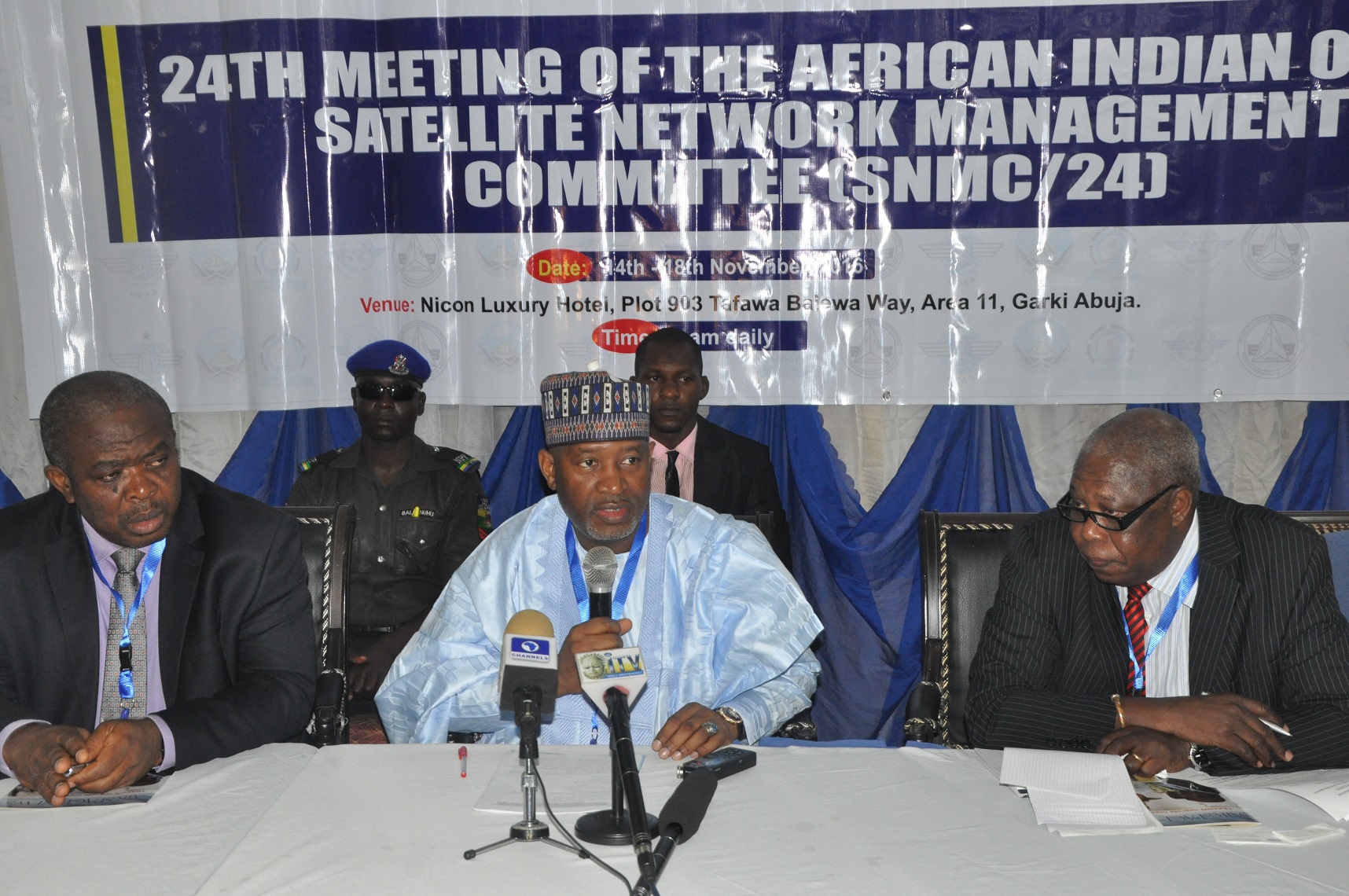 Sirika, who made these remarks while declaring open the  24th meeting of the Western and Central Africa Satellite Network Management Committee (SNMC) hosted by the Nigerian Airspace Management Agency (NAMA) at NICON Luxury Hotels Abuja, noted with delight that the SNMC has commenced discussion on the feasibility of surveillance data sharing within the sub-region, especially with the “multiplicity of surveillance systems available within the AFI Region with immense potentials for providing redundancy across neighbouring Flight Information Regions (FIRs).”

According to the Aviation Minister, the objective of Global Air Navigation Plan is to achieve a harmonized interoperable and seamless global air traffic management system that will facilitate cost effective, efficient and economic international civil aviation, hence the need to sustain, expand and improve technology and capacity of the AFISNET to accommodate navigational and surveillance data sharing.

Sirika also declared that the ongoing Aeronautical Information Service (AIS) Automation project embarked upon by NAMA has delivered a Centralized Aeronautical Database that is being populated with data that would enhance seamless integration with other states or regional databases, even as he charged the meeting to “provide an appropriate forum for member states, delegates and stakeholders to benchmark, synergize, collaborate and cooperate in order to facilitate the seamless integration of our various systems for greater capacity across the entire region in the spirit of No Country Left Behind and Single African Sky vision.”

Also speaking, the International Civil Aviation Organization (ICAO) Regional Officer (CNS) at the Regional Office of ICAO for Western and Central Africa (WACAF) in Dakar, Mr. Francois Salmbanga stated that in view of the fact that AFISNET offers real opportunities for the implementation of the main components of Communication, Navigation, Surveillance and Air Traffic Management (CNS/ATM) systems to be required for the future aviation system, ICAO attaches particular importance to the    AFISNET network, and pays much attention to activities related to its management as well  as supports the various initiatives of states and organizations to find common solutions in a sub-regional or regional frame.

Earlier in his remarks, Ag. Managing Director of NAMA, Engr. Emma Anasi, noted that several safety critical initiatives embarked upon by the agency in recent time were targeted at making the Nigerian airspace compliant with regional and international standards for the overall safety of air navigation in the country as well as within the AFI region. Following the persistent deficiencies noticed in the provision of Aeronautical Fixed Telecommunication Services in Western and Central Africa, AFISNET was established in 1994 to create a reliable aeronautical telecommunication backbone that would facilitate regional integration through the provision of a channel for direct vocal communication between air traffic controllers for the coordination of movement of aircraft and exchange of flight, aeronautical, search and rescue as well as meteorological information.

Attended by delegates from ICAO, NAMA, Agency for Aerial Navigation Safety in Africa and Madagascar (ASECNA), Ghana Civil Aviation Authority (GCAA) and Roberts Flight Information (Roberts FIR), the one week deliberation is aimed at improving and re-engineering the AFISNET for enhanced efficiency and safety of air navigation within the AFI Region.